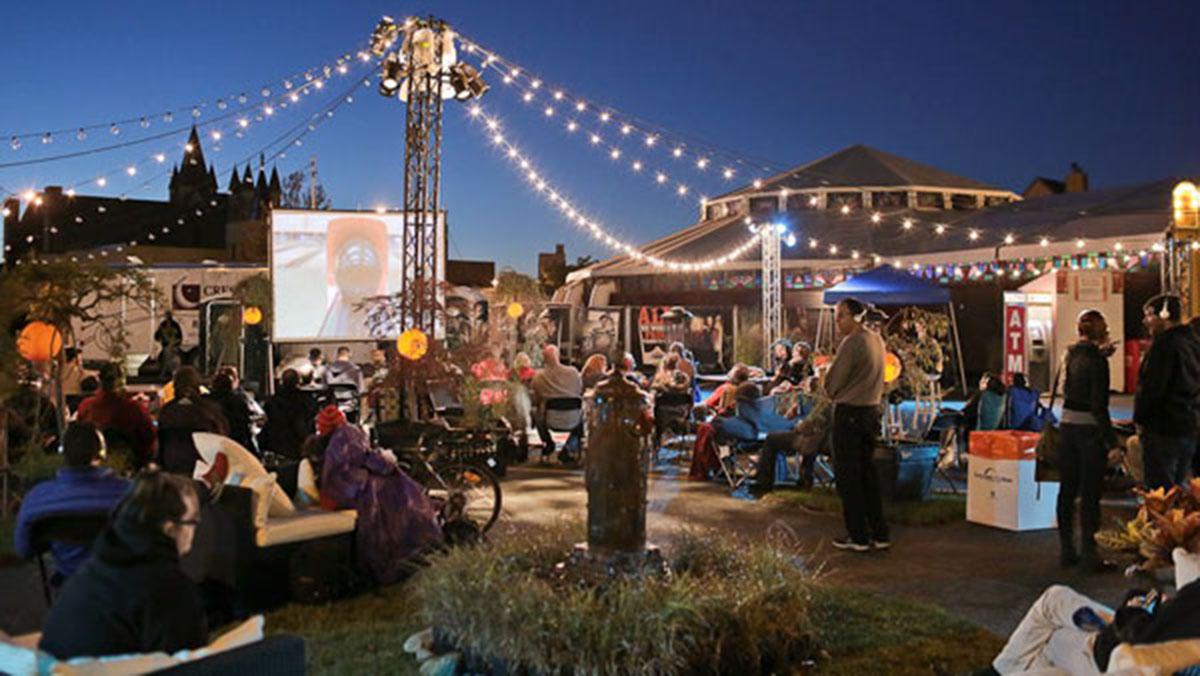 Fringe is about chance.

The third annual Ithaca Fringe Festival will run April 14–17 in donated performing spaces including Cinemapolis and the Acting Out NY studio. The “no rules” aspect of Fringe Festivals guarantees an eclectic mix of performances, and this year’s festival in Ithaca is no exception.

George Sapio, Ithaca Fringe Festival’s producing artistic director, originally conceived the idea to bring Fringe to Ithaca after having a “splendiferous time” bringing a play of his own to the Cincinnati Fringe Festival in 2008.

With such a strong theater community already present in nationally known theaters, like the Kitchen Theatre Company and the Hangar Theatre; the Cornell University and Ithaca College theater programs; and smaller district groups, Sapio said Fringe seemed like the missing puzzle piece.

“The one thing we don’t have is the hit-and-run kind of theater,” Sapio said. “What Fringe Fests do — and what ours does — is to give theater acts a chance they might not have and to bring a whole diverse array of theater to the Ithaca audience.”

With its diverse genres and theatrical styles, this year’s six-show lineup highlights the true variety of the performing arts world.

One of the productions is “Underground Episodes” by Run Boy Run Productions — a performing group based out of Philadelphia. This show presents a collection of moments that unfolded on the Philadelphia subway trains.

Playwright Allen Clark gathered the material for the show by riding the subway every day for 10 years and has presented some of those underground stories at the Philadelphia Fringe Festival.

Clark said he is excited to share the play — in full — for the first time at Ithaca Fringe.

“It’s an outlet for me to take my production to gain more experience — to try them out,” Clark said. “Trial and error is what it’s all about.”

A fresh graduate from the college, Mal Cherifi ’15, is also traveling from Philadelphia to be a part of this year’s festival. Cherifi will be presenting “The Distance Project” — also referred to as “Make the Distance” — a solo piece inspired by long-distance relationships.

Cherifi said Ithaca Fringe was intriguing because of the sense of familiarity and support the city provides. They said they are excited to receive feedback as well as see what the other Fringe performers bring to the table.

“You wouldn’t necessarily see something in a Fringe Festival that you’d see on Broadway or a main stage,” Cherifi said. “The artists … that are self-producing are often doing really cool, weird things that you don’t get to see in other places.”

One type of theatrical style that isn’t seen as often this day and age is vaudeville, an early 20th-century comedic style. But Flower City Vaudeville — a Rochester-based group with a particular expertise in this style — is bringing slapstick back.

The trio of vaudevillians are a returning act to the Ithaca Fringe Festival after taking home last year’s Andrew D. Dixon Award for Best Exemplifying the Spirit of “Living Life to the Fullest.”

“We can’t do anything without making ourselves laugh, and that’s what we want to share,” said Richard Hughson, the group’s “physical comedy master.”

Their show, called “A Night in Towanda” tells the story of their struggle to get to a gig after having their vehicle break down along the way.

Ted Baumhauer, Flower City’s award-winning juggler, said a common belief is that a Fringe Festival is nothing more than a stage for “edgy shows,” but he said Fringe is much more than that.

“It’s not just singing, dancing or straight theater,” Baumhauer said. “It’s being part of an event and a cultural coming-together of artists of different background and people who are appreciative of their towns.”

In addition, the festival will close with a special event called “FRINGEDANCE” — a twist on the high-pressure 24-hour play designed for choreographers.

Sapio and the festival crew hope that this year’s selection of “brain snacks and soul food” will leave audiences feeling satisfied.
“We want to hit the heart and the mind,” Sapio said. “If you can grab at least one of those, the rest of the body will think it’s having a great time.”

For more information or to purchase tickets, visit http://www.ithacafringe.com or this year’s Ithaca Fringe Central, the Mystic Water Kava Bar on Cayuga Street.