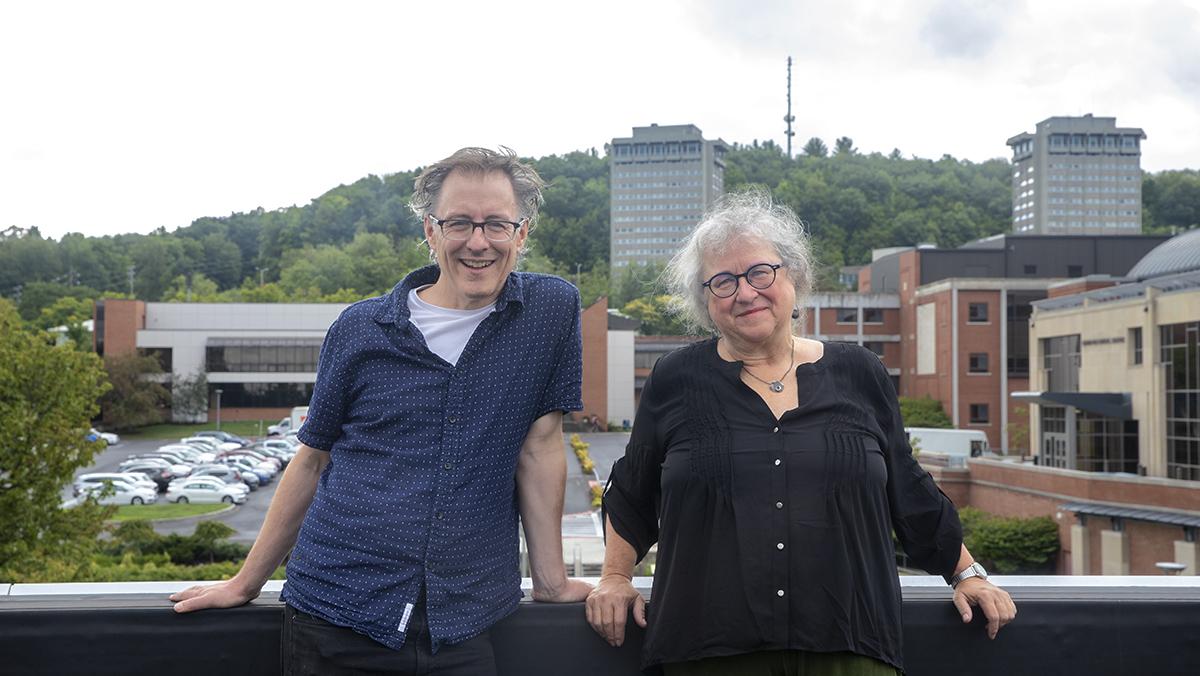 The crowd anticipates what is to come as the lights in the theater dim and one poet’s life begins to unfold on the screen in front of them. Whether or not they’ve heard of her before, audiences leave the theater with a sense of hope after learning about Elizabeth Bishop.

Cinemapolis, an independent movie theater located in Downtown Ithaca, screened “Elizabeth Bishop and the Art of Losing” from Aug. 19 to 25, directed and written by John D. Scott, associate professor in the Department of Media Arts, Sciences and Studies and Documentary Studies program director. “Elizabeth Bishop and the Art of Losing” chronicles Bishop’s life from a young age all the way to her death, intercutting readings of her poetry with old images, along with staged reenactments of key moments in her life. The film also features Susannah Berryman, emeritus professor of Theatre Arts at Ithaca College, as Elizabeth Bishop.

According to the Poetry Foundation, Elizabeth Bishop, born in 1911 in Worcester, Massachusetts, was respected in poetry circles but still remained relatively unknown to the general public during her lifetime. However, in the time since she died in 1979, her reputation has significantly grown among critics and writers. Some of her most well-known works include “One Art,” “Visits to St. Elizabeths” and “First Death in Nova Scotia.” Bishop is the recipient of multiple awards, including a Pulitzer Prize for Poetry in 1956 and an Academy Fellowship Award in 1964 for distinguished poetic achievement. During her life, she suffered many losses, including her father dying when she was nine months old and her mother being committed to an institution when she was five.

The screening opened with a short introduction from Scott along with Luca Maurer, director of Ithaca College’s Center for LGBT Education, Outreach and Services. The screening was also a partial fundraiser for Ithaca College’s LGBT center. Maurer said that Bishop was never fully public about being part of the LGBTQ+ community and, in fact, resisted all labels.

“She is not alone in that many of us do that,” Maurer said. “Throughout the course of her life, she does move in the direction of being more open and vulnerable about who she is.”

After discovering Bishop’s poetry during college, Scott said that he developed an interest in her after reading her poem “One Art.” Scott said he discovered that her Nova Scotia upbringing was similar to his own and found himself fascinated by her ability to overcome so many deaths and losses throughout her life.

“I became fascinated with the idea of finding a way to make that poetry come alive in a cinematic event,” Scott said. “I chose a route that’s a little bit unconventional, where I kind of knew ahead of time that the project was ambitious and it would take me [over 10 years].”

For the first four years of the project, Scott said he divided the work into sections, starting with a series of short poetry films for “Sandpiper,” “One Art,” “First Death in Nova Scotia” and “In the Waiting Room.” These shorts screened all over the world, Scott said, and it wasn’t until 2014 that he began focusing on her biography and creating reenactments for the feature length project. With his full-time teaching job, Scott said the filmmaking process became more complicated.

Berryman said Scott’s passion for the project was inspiring and his years of dedication made his leadership very full and genuine. Despite having always loved poetry, Berryman said that portraying Bishop in Scott’s film was her first introduction to Bishop.

“My suspicion is that as a woman she was not given the attention she deserved,” Berryman said. “I felt connected to her deep curiosity, love of observation, love of writing and images, and her need for a certain amount of solitude.”

“Any time we can celebrate a local filmmaker, it’s exciting for us,” Bossard said. “Being able to bring everybody to the center of town to celebrate a piece of art like this, it’s a pleasure. It’s one of the things that make this a great place to work.”

“I think that the film tries to engage the audience in somewhat different ways than other movies,” Scott said. “It’s been really nice to engage with the people who helped make it and then engage with the larger [Ithaca] community.”

Karen Rodriguez, the director of photography on the film, said she was super thrilled with the turnout at the screening and was looking forward to watching her work with an audience.

“It’s always interesting to see what an audience experiences because I know what’s coming up.” Rodriguez said. “Like, oh, are they going to get that part? Are they going to laugh at that part, be moved by that moment?”

Bossard said that one of the great things about Cinemapolis and the films they choose to screen is that people come out of the theater talking and engaging in discourse.

“We’re happy to have this space for people to continue the conversation after the film rolls,” Bossard said. “This is one of the things that we love to do as a community-focused, mission-driven, independent cinema: bring the community together around ideas and around people from other members of the community.”