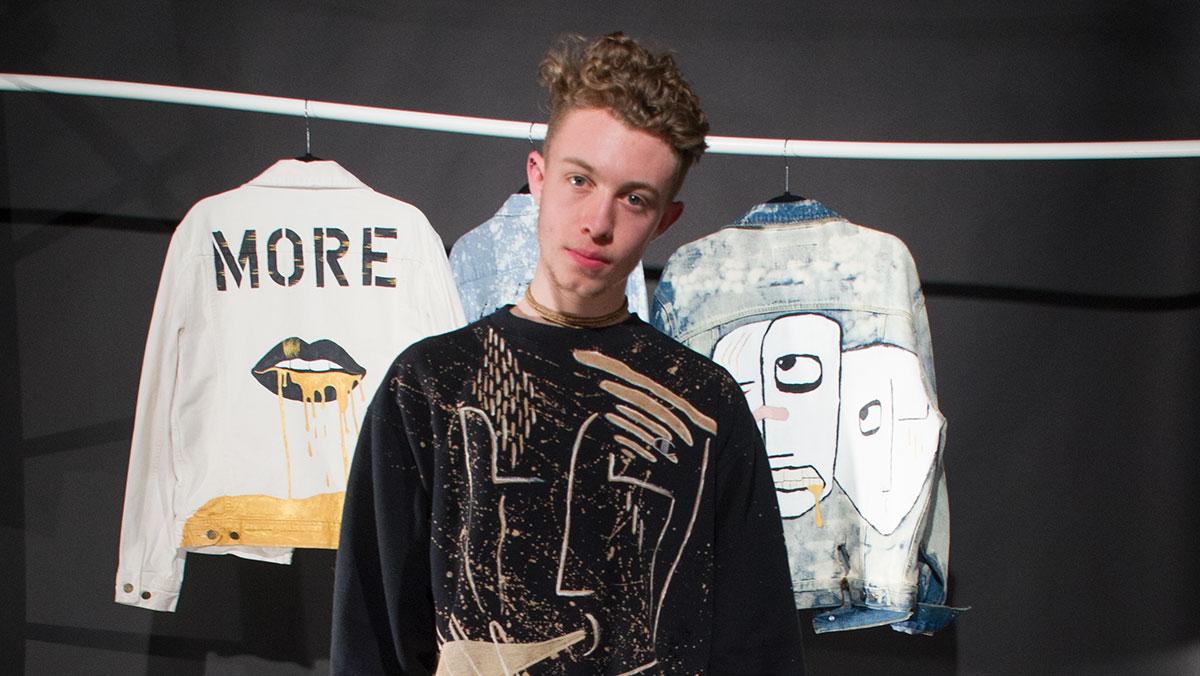 Quasi Culture Club, formerly Upstate Apparel, is a clothing line run by Ithaca College freshmen Josh Glass and Zac Collopy. The two have been at it since October 2015, upcycling clothing from local thrift stores to use as canvasses for their own art. The company is run out of the pair’s dorm room in West Tower and sells primarily through their website at www. upstateapparel.us

Nicholas Floros: How did the idea of starting this business originate?

Zac Collopy: Josh and I were sitting out on the quad on a really nice day, and we were just sketching. Then, we had the idea to paint on some denim shirts. In high school I painted on some stuff and sold it, and we both thought it was a really good idea. We went to Wal-Mart, and we bought five or six denim shirts and some paint, and we made it happen. Originally, we just sold to friends, but we branched out from there and started selling on Etsy, then made our own website. It’s had steady growth from there. 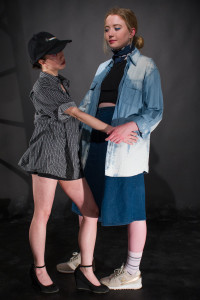 NF: What is your artistic vision?

JG: Zac and I have different styles. I haven’t been doing much visual art other than photography for very long, and I didn’t really start painting as much as I have been until this year. I end up making a lot of abstract things because I really enjoy it. We both do abstract stuff. None of it is really realism, but I think Zac is a lot more classically talented. I just do whatever feels good.

ZC: I did a lot of painting and drawing in high school, and I really invested a lot of time into refining technical skills. Then I found photography and appreciated how you could instantly have an image. What I found through this company is a return to investing a lot of time and thought into art. It’s a really good thing for me because it allows me to balance the instant nature of photo with the process of
having to think about something and invest yourself in a piece. 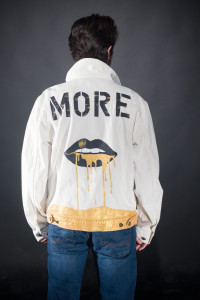 This denim Marc Jacobs jacket is being sold for $108.
Sam Fuller/The Ithacan

NF: What is your inspiration? What keeps you going?

JG: My inspiration comes from random things that happen throughout the day. I keep a notebook and write things down. When ideas come, instead of turning it into a photo project or a little doodle, it’s really cool to be able to put that on a piece of clothing and share it with people and have them display that everywhere they go.

NF: What should people know about what you guys are doing?

JG: It’s important to know that all of the materials we use aren’t bought new besides a few hats here and there. We get everything from thrift shops, and we try very hard to not play into consumerism even though we’re selling things. Upcycling is very important to us. That’s cool because this piece that you have has an entire life past when it was created, so this denim jacket has been worn by who knows how many people in who knows how many countries.

ZC: I think it’s important to note that everything is unisex. Josh and I don’t like playing into gender roles, whether or not you have to be masculine or feminine. If you want to wear an oversized floral print piece, you should do it. We both have floral turtlenecks with pastels, and it’s kind of fun to break away from the norm. Everything we make should be unisex, though, and if you’re a boy or a girl, you can wear it no matter what.

NF: What’s the story behind the name change?

JG: Our new name is Quasi Culture Club. Quasi means not fully or almost, and culture is the manifestation of human intellect. So the idea behind the name is that we are not fully a part of the culture but more like observers of it. We try to see things objectively and filter them through our own artistic processes to try to make something to give back. 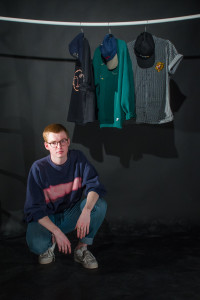 NF: Do you think that more people should
be artistic?

JG: I think that people are really afraid of creating things. A lot of my friends will just say ‘Oh, I can’t draw,’ or they try doodling once in their life and they give up. I was kind of like that originally, and then my interest overpowered that. One of the coolest things in the world to me is when I have a friend for a really long time and one day they start drawing. You get to see a completely different part of someone that way.

ZC: Especially in college, it is very easy to ignore opportunities to be creative. ‘I don’t have the time,’ ‘I have to study’ or something. But finding an opportunity to express yourself is a good thing. It is a healthy thing for sure.