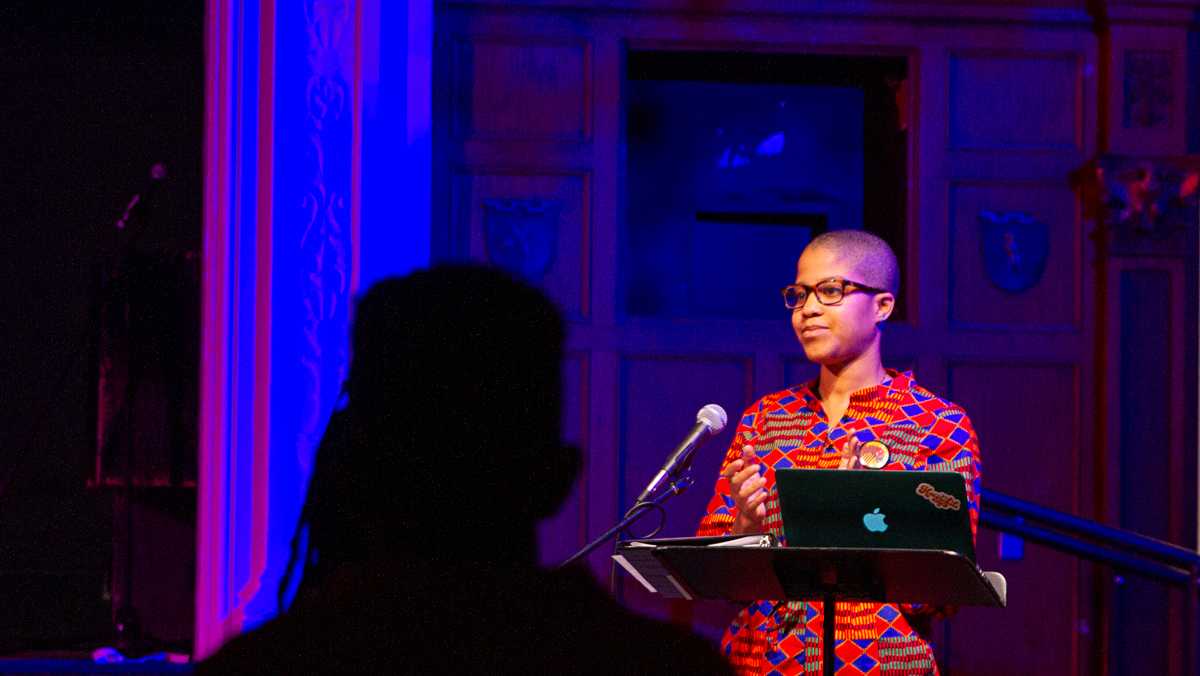 The second floor of the First Unitarian Church transformed into an art gallery Saturday, featuring artwork from queer and trans people of color (QTPOC) from around the country. Cinemapolis hosted a mini film festival, and spaces all around downtown Ithaca held workshops and events all as a part of the Qinfolk festival, the first festival in Ithaca to center on creativity and mental health for the QTPOC community.

Candace Edwards, an Ithaca College alum and systems and accreditations specialist in the School of Business, said she did not want to drive all the way to New York City just to go to events that center QTPOC. That is why she created the Qinfolk, to celebrate art and films made by and for the QTPOC community while intermingling mental health workshops alongside the artwork.

“I wanted to create a space that was about our community and the joy of our community and have that be the centerpiece of it,” Edwards said. “I felt like I shouldn’t have to travel four hours to get to those spaces because this is my home now. That’s how I got the idea to start something like this in Ithaca.” 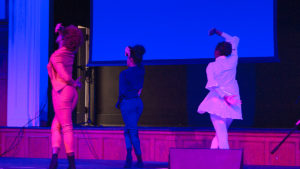 The festival spanned the downtown area, with events at Cinemapolis, the First Unitarian Church, Buffalo Street Books, the Community School of Music and Arts, the History Center in Tompkins County and New Roots Charter School. A map on the program labeled all the locations downtown that had workshops or events going on throughout the day.

“My existence is resistance,” someone wrote on a transgender flag in the gallery in the First Unitarian Church. The piece was interactive, inviting gallery viewers to use their voices by writing on the flag. At the start of the festival, the flag was sparsely decorated, but by the end, the flag was covered in messages from the trans community.

Festival-goers gathered at Cinemapolis for the short film screenings, a highlight of the festival. Four screening sessions were held throughout the day and offered seven short films and a preview of a full-length feature film, “I Identify As Me.” Cinemapolis acted as a central hub for the festival as the check-in location where approximately 150 people bought and picked up their tickets.

Tina Colleen, co-producer and co-director of the documentary “I Identify as Me,” said they were invited by Edwards to show the preview for their film. The documentary tells the stories of queer and trans people of color around the country.

“We only show in spaces that our cast members would feel safe in,” Colleen said. “We don’t just show our film anywhere.”

A few workshops and spaces at the festival provided a space for exclusively queer and trans people of color. The festival asked allies to be mindful of the space that they take up and prioritize the needs of QTPOC. Ithaca College sophomore Radjaminah Saint Cyr said she volunteered at the festival check-in because the festival centers on an underserved demographic in the community.

“As a queer person of color, we don’t get to occupy a lot of spaces, and I think a lot of queer spaces are white-centered,” she said. “We don’t get to see a lot of spaces where it’s queer and people of color because sometimes those identities and intersectionalities clash with each other.”

Workshops focusing on topics from mental health to reproductive justice were held throughout the day all around downtown. The QTPOC Mental Health workshop discussed and unpacked mental health stigma in the community with two sessions during the festival, providing QTPOC a space to discuss issues and be their authentic selves.

Ithaca College junior Carolina Jeronimo is president of Engaging Mental Health in People of Color, a club on campus that encourages students of color to engage in mental health and wellness. She said she went to the Qinfolk festival to learn about mental health in the QTPOC community and pass the knowledge on to the rest of the club.

“Being in Ithaca, where it’s predominantly white, you don’t see a lot of the same faces or people with the same identity as you, so it’s really nice to see a group of people showcase their creative sides,” Jeronimo said.

The festival ended at the Hamblin Music Hall at the Community School for Music and Art with a keynote celebration and a dance party. Dance and music performances interpreted what it is like being a QTPOC in a white-, straight- and cisgender-centered world. The keynote panel featured six panelists, Chetna Metha, Amanda Lee, Gillian Glasco, Hana Shafi, Maresa Singh and Kenya Crawford, who discussed representation, identity and mental health in the QTPOC community. After the panel, Qinfolk and Ithaca Underground partnered to host the Queer Vibes Only after-party.

Edwards said she does not want Qinfolk to be the only event upstate that provides a much-needed space for queer and trans people of color.