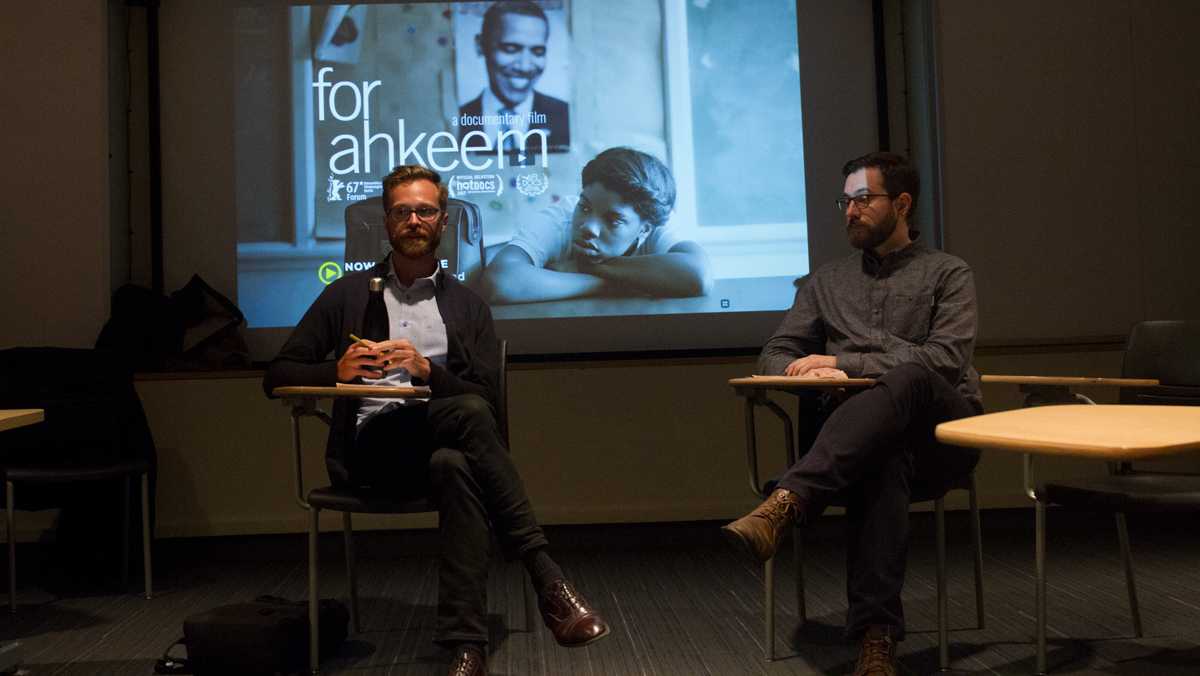 After a yearlong hiatus, the Finger Lakes Environmental Film Festival is back in action, screening films on topics like black teenagers in America and the rise of murders in Rio De Janeiro for its 20th anniversary.

FLEFF is a locally sponsored film festival that runs from April 9 to 15, and is co-directed by Thomas Shevory, professor in the Department of Politics, and Patricia Zimmermann, professor in the Department of Media Arts, Sciences and Studies. The festival did not run last year, both Zimmermann and Shevory were on sabbatical during Spring 2017. This year’s theme is geographies, which festival Shevory said goes beyond the ideals of a map. Shevory said geographies are relevant to every aspect of life.

“It’s about place, borders,” Shevory said. “It’s about climate. It’s about people and terrain. No pun intended, but it covers a lot of ground.”

FLEFF will commence with a lecture by Sheila Vakharia, assistant professor in the Department of Social Work at Long Island University–Brooklyn. The lecture — titled Geographies of a Current Drug Crisis: Opioids, Harm Reductions, and Moving Onward — will be held at 7 p.m. April 9 in Textor 103. There will be an opening concert with multimedia held at 8:15 p.m. on April 10 in Hockett Family Recital Hall in the James J. Whalen Center for Music. Students are able to purchase a $20 FLEFF pass, which gives them entry to five films.

Sophomores Sean Murphy and Andrew Hallenberg are two of the six students currently interning for FLEFF as bloggers. They have been contributing weekly blog posts and scheduling and conducting interviews with guests and coordinators of the festival like Brett Bossard, executive director of Cinemapolis, and Tanya Saunders, assistant provost of International Programs and Extended Studies.

Hallenberg said he enjoys talking to guests because it is an opportunity to hear from people in the industry.

“They don’t sugarcoat anything to us,” Hallenberg said. “They speak to us at an industry level. It’s a very real conversation we get to have with these people who are integral to the festival industry.”

Murphy said he is looking forward to “Tehran Taboo,” an animated film on societal taboos in Iran. At first, it was not definite that this film would be in the program, he said.

“There are all these protests going on in Iran, and it’s banned content,” Murphy said. “The film was shot with actual people, but it couldn’t be shown in Iran with those actual people, so they animated over it.”

This loophole allowed Iranian filmmaker Ali Soozandeh to tell his story. “Tehran Taboo” will be screened twice, at 4 p.m. and 9:30 p.m., on April 12 at Cinemapolis. Murphy said he is interested in the politics behind the story.

“At FLEFF, we’re all about films that spark discussion,” Murphy said.

Though international films are a common thread throughout the festival, there is a local film being screened. The documentary “Unfractured” follows Sandra Steingraber, a distinguished scholar in residence at the college, during her fight to protect public health by protesting fracking in upstate New York. “Unfractured” follows a series of three subplots: New York’s and Romania’s fights against fracking and fracking infrastructure being stored underneath Seneca Lake.

“What’s unusual about this film is that most environmental films about disasters are terribly sad,” Steingraber said. “In this case, there were three groups who fought incredibly hard against this industry … and we won.”

Festival organizers use the theme as a lens when curating the festival.

“We keep it broad and use that theme as an entry point to the different aspects of the festival,” Shevory said.

FLEFF will run from March 31 to April 6, and will include more than 100 film screenings and workshops on the Ithaca College campus and at Cinemapolis.