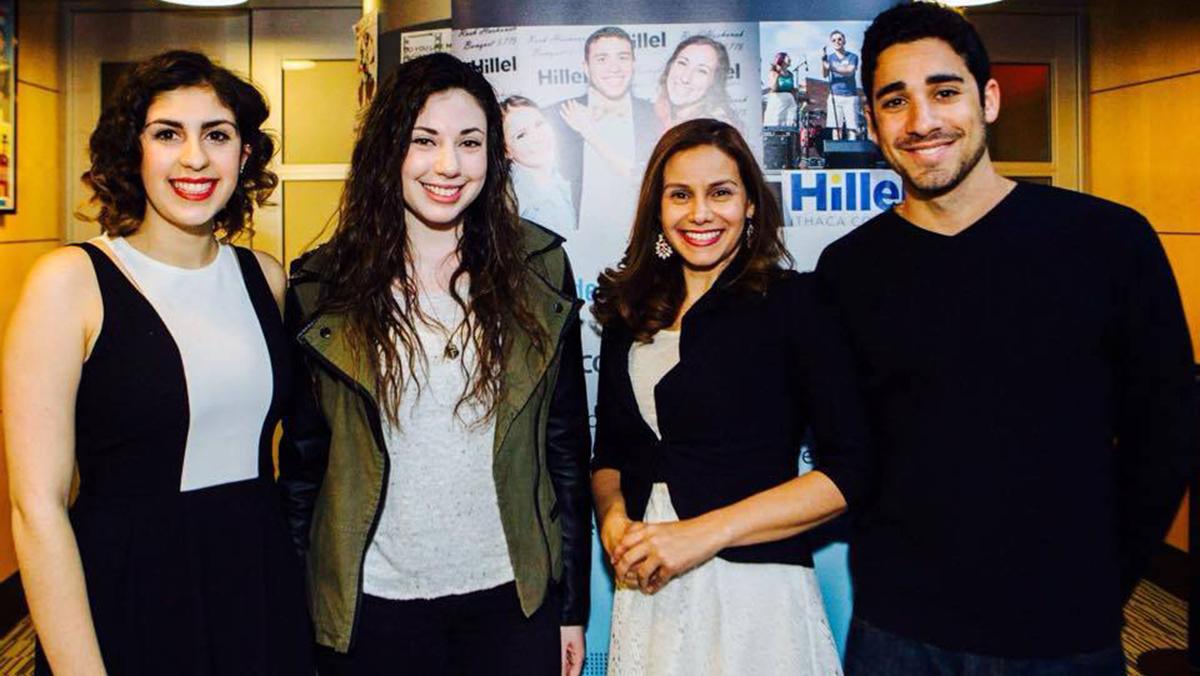 In the midst of a political conflict, several Israeli groups on campus are joining together to pull the spotlight away from war and terror and shine it on Israeli culture. Through a collection of films, dances and discussions, the fourth annual Israel Film Festival will offer students an insight into Israeli life — not politics.

This year’s festival will take place from March 25 to 30, and each day of the festival will feature a different Israeli documentary. Mirit Hadar, lecturer in the Department of Modern Languages and Literatures, said the theme of this year’s festival is “Israel is Real” to combat assumptions that are often made about Israel as a result of the Israeli-Palestine conflict. The Israeli-Palestine conflict revolves around a thousand-year-old dispute of sacred land located on the West Bank and the Gaza Strip.

“We are living in this very interesting time politically with everything that is happening around us in the world,” Hadar said. “This is a great opportunity to show a different side of things — one that does not involve war or propaganda or anything that comes along with Israeli politics. It’s enjoying the simplicity of culture through personal stories, through relationships.”

The Jewish Studies program, with help from the Ithaca College sector of Hillel, J Street U, Ithaca Area United Jewish Community, the Student Alliance for Israel and the Roy H. Park School of Communications, organized this year’s festival. Salzman said Hadar reached out to the student committee within Hillel and reviewed film options that would most engage audiences.

The first film in the festival, “My Hero Brother,” will premiere at 7:30 p.m. March 25 in the Park Auditorium. Salzman said because the film tells the stories of siblings of those with Down syndrome, it will appeal to health science students because it targets the subject matter in their major.

“We can market this to [occupational therapy and physical therapy majors] … because it’s not just about Israeli people,” Salzman said. “It can be connected to people at Ithaca College who would find this interesting.”

A panel following the screening will include director Yonatan Nir and Dorit Inbar, the executive director of New Fund for Cinema and Television, an Israeli nongovernmental organization positioned at the intersection of cinema and social change.

The second documentary, “The Essential Link: The Story of Wilfrid Israel,” also directed by Nir, will be screened at 7 p.m. March 29 in Textor 102. The documentary is about Wilfrid Israel, a German man who saved over 10,000 Jews during the Holocaust.

“It’s great festival material because it combines the German language, the Hebrew language and the gap between those two,” Hadar said.

Nir and Michael Richardson, professor in the Department of Modern Languages and Literatures, will facilitate a question-and-answer session following the film. Richardson specializes in Holocaust films.

The final screening, to take place at 6:30 p.m. March 30 in Cinemapolis, is “Mr. Gaga,” a documentary about Ohad Naharin, the Israeli creator of a therapeutic dance style called Gaga. The session will open with an interactive workshop led by Lindsay Gilmore, professor in the Department of Theatre Arts. Following the screening, the producer of the film, Barak Heymann, and his brother will do a question-and-answer session with members of the audience.

Salzman said the three documentaries were selected based on their potential appeal to students.

Hadar said she started the film festival four years ago with assistance from Igor Khokhlov, the previous director of the college’s sector of Hillel, a national organization connecting students in the Jewish community. Even back then, Hadar said, the film festival was emphasizing culture.

“We thought it’d be a great collaboration between student organizations and academia to bring Israeli culture and the film industry to campus,” Hadar said.

Sophomore Rachel Steinmetz, executive vice president of finance and social justice for Hillel, said she has attended festivals in past years and believes the event has always offered a different perspective that doesn’t revolve around politics.

“It’s a great way to show that there’s a totally different side to Israel than what we all think of, which is the conflict,” Steinmetz said. “It keeps arising in conversation.”

As they have in the past, Hadar said the films will bridge gaps among students of different cultures.

“One of the great benefits of bringing films like ‘Essential Link’ and the others is that these films open a window of culture and faith for a country,” she said. “Especially with Israeli culture, which is a junction between east and west, junction between religion and languages. It’s a festival of opportunity to show what kind of different aspect we can see in Israeli society, but also in a global perspective.”

For more information, go to http://israelfilmfest.com/