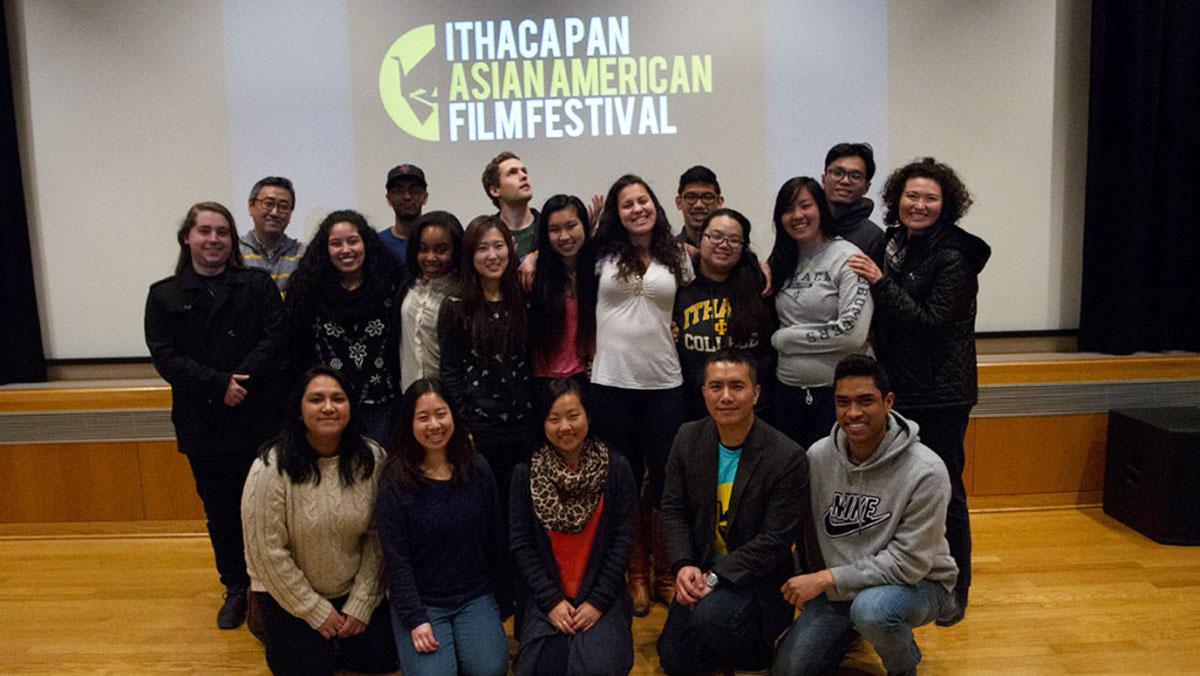 Asian-American actors and actresses usually do not play lead roles. Instead, they take on the sidekick, a nerd or the villain. The Ithaca Pan Asian American Film Festival allows audiences to see different storylines of Asian-Americans and how their ethnicities shape their lives.

The second annual IPAAFF will take place April 15–17 at Ithaca College. Students and faculty have worked together to create a weekend filled with films and discussions along with writing and theater workshops that will help people to understand and recognize the stereotyping and culture of Asian-Americans. The first day of the festival will have a featured film followed by a dinner; the second, a set of short films, a writing workshop, more short films and then a featured film; the third, a theater piece, followed by two films and a gala in the evening to celebrate the event.

The film festival was put together by many Ithaca College students and professors, including eight students and three professors who are a part of the Ithaca Pan Asian American Film class, which meets once a week. The class is taught by Phuong Nguyen, an assistant professor in the Center for Study of Culture, Race and Ethnicity who specializes in Asian-American studies and social change; Bradley Rappa, assistant professor of media arts, sciences and studies; and Christine Kitano, assistant professor in the Department of Writing. In the class, the students learn the history of Asian-American representation in cinema, Nguyen said. The class has two parts: an academic part and a component to apply their knowledge and plan, produce and run the film festival.

“We should go about trying to make our own films, write our own stories and try to turn them into films,” he said. “Let people know about them. We are joining in on that tradition, tapping into a young base of filmmakers. Often, these have been documentaries or short films, but more recently, people have been doing narrative films.”

The film screenings are important because they can show that boundaries do not have to be set for Asian-American actors like they are in Hollywood, said sophomore Candice Tan, a student in the IPAAFF class. Many of the films that will be shown at the festival are not available for viewing in many places, Kitano said. They have not been produced for major distribution, so this festival may be one of the only places some of the attendees may be able to see the film, she said.

Tan said one of the events she is most looking forward to is “Forum Theater: The Large Minority,” which takes place from 10:30 to 12:30 p.m. April 17 in Room 115 of the Center for Natural Sciences building. For the Forum Theater, freshman Walter Martzen wrote scenes of oppression for student actors to perform in front of the audience. The audience watches the first few scenes, and by the end, the goal is to frustrate the audience members so they will want to try to step in and do something to help. In the second part of the Forum, the audience can react and fight back against the oppression that is going on, Tan said.

Tan said the Forum Theater will provide people with ways they can help break stereotypes and barriers that Hollywood is helping to put on Asian-Americans. She said it is important for people to step back and see how they can help figure out how to correctly deal with Asian-American representation.

“Hollywood does not really portray Asian-Americans as I would like,” Tan said. “There is definitely a lack of representation, and I am just scared for the future generations of Asian-Americans. When they grow up, how will they see themselves? With this film festival, it can actually pave a way for others to see that Asian-Americans can be whoever they want to be.”

The IPAAFF will end with a closing gala 5:30–7:30 p.m. April 17 in the School of Business Upper Atrium to celebrate the films and moments of the IPAAFF 2016. More information on the IPAAFF 2016 and the schedule for the festival can be found on its website, https://panasianamericanfilm.org/.