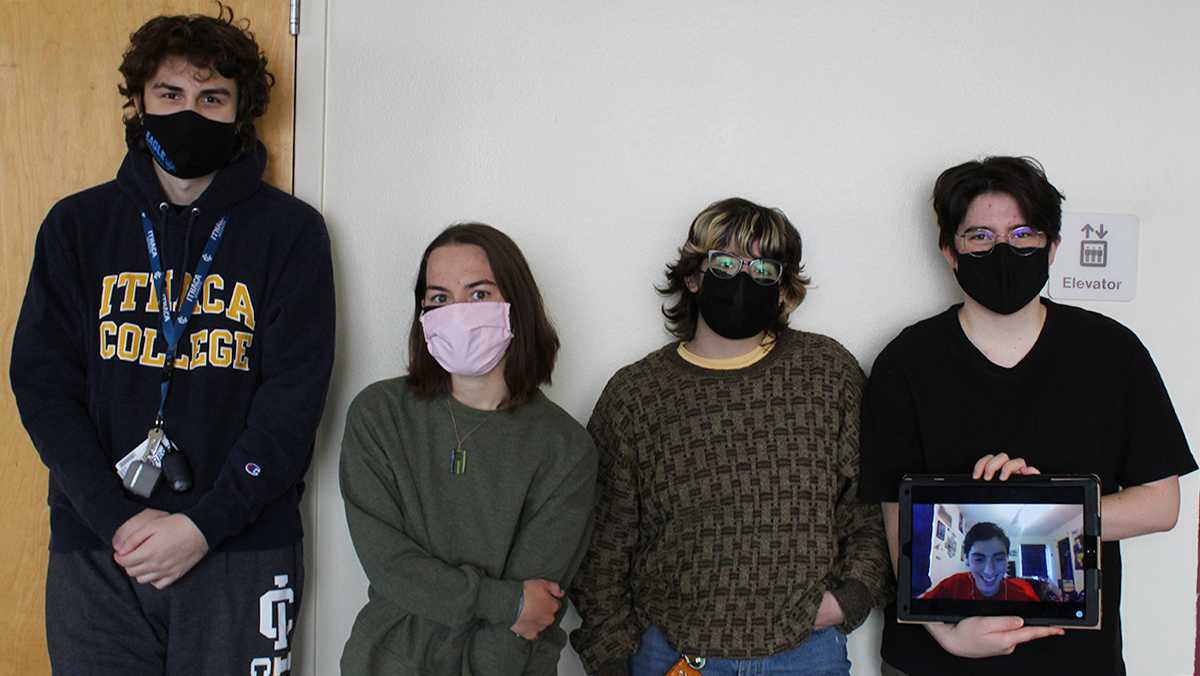 For many, this past year has felt far from a fairytale. But IC Disney Club aims to bring back the magic.

Disney Club is a chance for students to socialize with fellow Disney fans at the college. The club’s online gatherings consist of film screenings, trivia nights and chances to talk about things Disney-related. Whether a passing fan or a theme park frequenter, all are welcomed, freshman member Inbaayini Anbarasan said.

“If you like Disney, you’d love it here,” Anbarasan said. “You don’t have to have some sort of qualification in the way that you’ve watched all the Disney movies, or you’ve been watching Disney since birth. If you like one Disney movie, you’ll fit right in.”

Freshman Julia Stitely, president of Disney Club, said the club started during Fall 2020 on a server for freshmen in the instant messaging platform Discord. To pass time in quarantine, Stitely said she had taken the only trip possible: a nostalgia trip to Disney+.

“A lot of people were revisiting that kind of … childhood essence, and I think Disney just has a lot of it,” Stitely said. “It’s for children, but really it’s not. It’s for everyone.”

Inspired by the Disney films she had rewatched during quarantine, Stitely said she received high interest when she reached out to the Discord server about the formation of a club dedicated to Disney. Stitely said the positive response from prospective members led to establishing the entire freshman-run board. The shared experience and social component offered an outlet for these freshmen to have something remnant of the typical freshman year.

“Who wouldn’t want to talk about Disney, right?” Anbarasan said. “I’m from India. So, the whole transition to college has been more difficult for me because I’m not very used to the U.S. and everything, so this club has been a place where … I can find people that have the same interests as me.”

Rather than a weekly meeting structure, Disney Club holds organized events throughout the semester that are open to all. Announcements for the events can be found on IC Engage, the club’s Instagram, Discord or LinkTree.

Freshman member Emily LaCanna said the club held a PowerPoint presentation night Nov. 13. LaCanna said the event gave her the chance to research and share why it is all right that “The Great Movie Ride,” a theme park ride in Disney’s Hollywood Studios, was removed from the park.

“We get to integrate everything, from Pixar to Marvel, Star Wars, Animation, DCOM [Disney Channel Original Movies], Disney Parks,” Bogart said. “We try to get like every little aspect we can involved, that way you know everyone has a voice when they come.”

Even with the threat of Zoom fatigue, Disney Club has been a magic carpet ride for many of its members. Its sentimental focus allows an escape from the struggles online school can pose, Anbarasan said.

“It acts more like stress relief than anything,” freshman member Josh Bulmer said.

“Everyone there is very welcoming, … almost kind of like a familial space.”

In the future, Stitely said she hopes to include a discussion on problems within Disney, like controversial moments in its past cinematic works, including racist representations of BIPOC characters. However, in the current climate, Stitely said it is important for the club to be a space to relax and interact under the shared interest of the Disney media.

“It’s really nice to have a community where, even though we might have a specific area of interest, we all come together and enjoy Disney as a whole,” Bogart said.

Ithacon brings its fandom traditions to the virtual universe