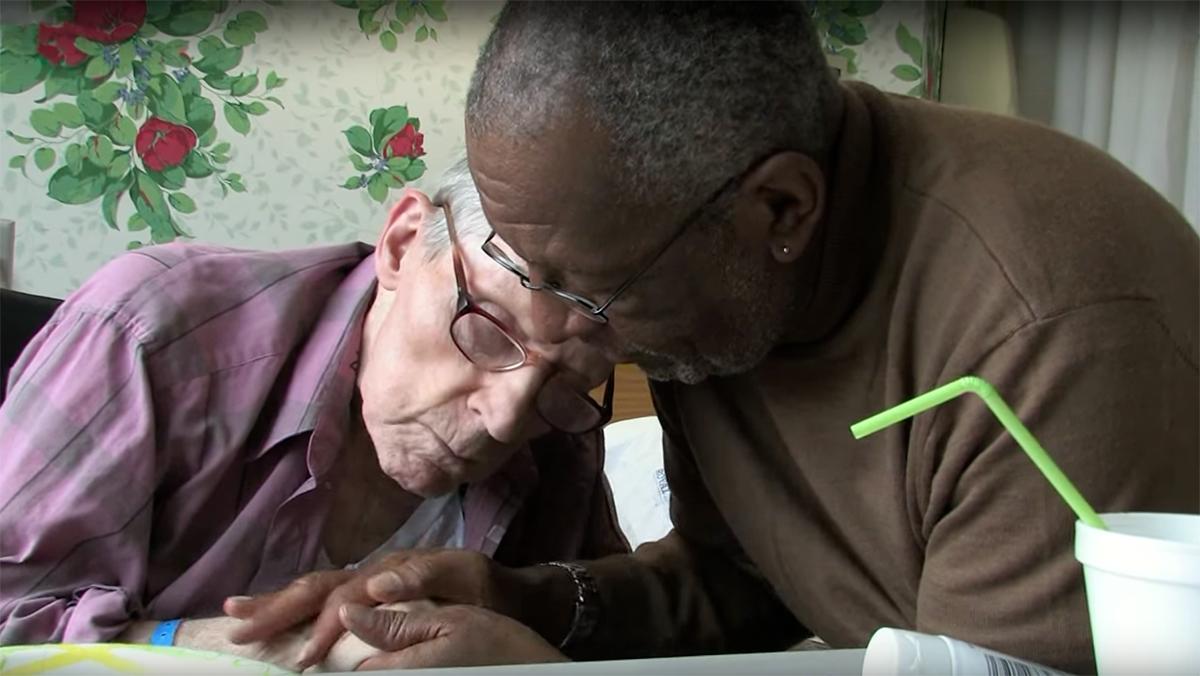 Youtube
The Handwerker gallery will screen "Gen Silent," a documentary about the struggle members of the LGBTQ community face as they reach old age.
By Colette Piasecki-Masters — Staff Writer
Published: February 8, 2017

A new film coming to Ithaca College highlights the lives of people of the lesbian, gay, bisexual, transgender and queer community in a way not often viewed by the public eye.

To raise awareness of the aging LGBTQ community and the difficulties it is facing with discrimination in a health care setting, the Ithaca College Gerontology Institute, the Handwerker Gallery and the Center for LGBT Education, Outreach and Services collaborated to plan a film screening of the documentary “Gen Silent.” The film shares the lives of six LGBTQ individuals as they age and the social and medical barriers they experience along the way. The film screening will take place at 6 p.m. Feb. 16 in the Handwerker Gallery.

Now approaching old age, many individuals from the “silent” generation won the first civil rights victories for the LGBTQ community as young men and women in the Stonewall riots, which were demonstrations against a police raid that took place at the Stonewall Inn, a gay bar and tavern in June 1969 in New York City. These protests, said Teri Reinemann, the gerontology programs manager, are considered to be the modern spark of the LGBTQ rights movement.

The film stated that in the silent generation’s youth, some LGBTQ people were involuntarily hospitalized in psychiatric facilities. This has created a distrust of mainstream institutions.

“People may turn down health care or assistance because they don’t want to be pushed back in the pre-Stonewall state of mind,” Reinemann said.

Many of these individuals are now dying prematurely either because they have no one to care for them or because they are reluctant to ask for help for fear of discrimination, Reinemann said.

Even if they are accepted and able to afford an assisted living facility, the social isolation from bullying by other residents or neglect by the staff can lead to serious health issues. The film stated that this created an increased tendency for LGBTQ elders to go back “into the closet” or hide their sexual identities.

“Transitioning into an assisted care facility with staff and residents who may not understand your individual needs is an added challenge,” Reinemann said. “It’s probably disheartening to think that … you’ve finally become accepted, and then all of a sudden stereotypes and prejudice faces you. Especially in a time where you’re the most vulnerable. There’s all these subtle things [other residents or staff] could do to make people feel unwelcome.”

As shown in the movie, examples of discrimination range from shunning the individual or neglecting their care, to attempting to convert them.

“There are people who really firmly believe that homosexuality or being transgender could be ‘corrected’ and at the end of life is the perfect time to make this correction,” Reinemann said. “I think these people are trying to help, but they’re not coming at it from the perspective of the individual who needs the care.”

The film states that the most serious outcome of this discrimination is not just social isolation. The isolation can lead to depression and other health issues, and sometimes even suicide. While the general population of elders who cannot take care of themselves can avoid these facilities by relying on care and support from their children or other family members, many LGBTQ individuals do not have this advantage.

“For some of these folks, not only did they not have kids, but because they came out, their other family members … disowned them,” Reinemann said. “So they don’t even have them to fall back on.”

Nineteen states prohibit discrimination based on sexual orientation and gender identity, according to the American Civil Liberties Union. Luca Maurer, director of the Center for LGBT Education, Outreach and Services, said re-evaluating policy and legislation to eliminate discriminatory and restrictive rules is vital.

“The other piece that has to go hand-in-hand is training: cultural competency training for staff,” Maurer said. “They need to be brought up to speed with the LGBTQ culture … and how they can provide care and ask questions of the patient and client in a way that’s supportive and to identify what their needs are and meet them.”

What makes this topic so difficult, Maurer said, is the stigma. “In mainstream America, these are two stigmatized groups: old people and LGBT people,” Maurer said. “So if you’re an older LGBT person, then it’s compounding stigma.”

The Handwerker Gallery’s central art exhibit, “Last Standing,” by Linn Underhill and curated by Mara Baldwin, explores the same topic of stigma. “Gen Silent” will be shown as a complement to Underhill’s photography exhibit to help open up conversation about the topic and Underhill’s work. “Last Standing” will remain open until March 5.

“The work is not just about the body and the identity of being older — it’s also about grief, which is also another invisible and generally socially unacceptable thing to express,” Baldwin said. “And so I think that tenderness and vulnerability, that sort of outing of grief, is certainly analogous to the experience of being ‘out’ as a LGBT person.”

Though the LGBTQ struggle for equality has moved relatively quickly, Reinemann said, there is still much work to be done on issues of discrimination toward the elderly LGBTQ population.

“I think the important thing for us as a college is to keep these issues forefront, to not make assumptions that everything is all better.”