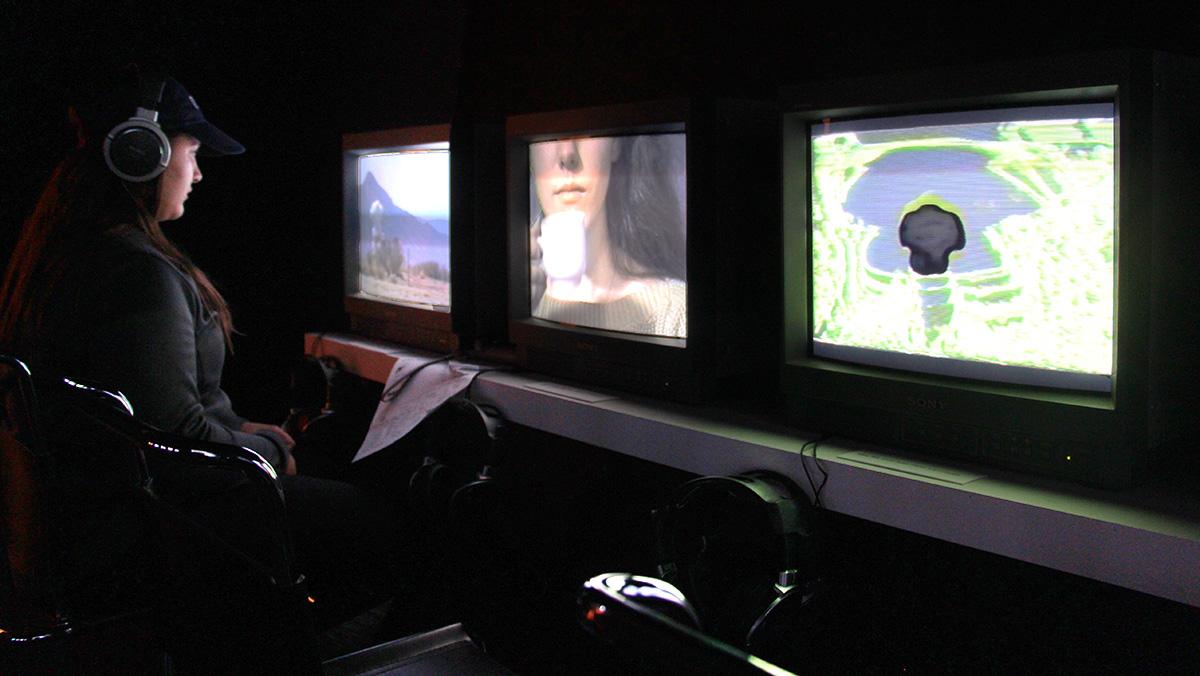 On Sept. 8, the Herbert F. Johnson Museum of Art at Cornell University revealed a new video art exhibition of work created by international artists in the central New York region.

The exhibition located in the library includes over 60 original digital and electronic artworks in the form of video, sound, portable media and the internet, focusing on the history of media art in the area and the Goldsen Archive’s partnerships in Asia. The version of “Signal to Code” located in the museum features 11 pieces of video art produced by international artists who have been featured at the Experimental Television Center (ETC) in Binghamton and Owego. These pieces were selected and put together for display in the museum by Timothy Murray, professor at Cornell University and the curator founder of the Rose Goldsen Archive of New Media Art at ETC at Cornell.

“Almost all of the work in the archives has been donated by participating international artists,” Murray said.

One piece in the museum, titled “Wax and the Discovery of Television among the Bees” by David Blair, tells the story of Mesopotamian bees as they transport the main character, Jakob, through time, using electronic cinema and hypertext. “Window Work,” another work in the exhibition, created by Lynne Sachs, uses video work to display images of a woman’s everyday activities combined with sounds of the outside world. The goal of this piece is to separate space physically and temporally  from the limitations of reality.

Murray said the process of selecting the pieces went on for several years. Though the artists did not collaborate with one another to produce this exhibition, he said he selected each of these pieces for a reason.

“What I tried to do for this work is … feature some of the most visible international video artists in our collection,” he said.

Each piece was created between 1974 and 2007 at the ETC. The ETC offered artists’ residencies between 1972 and 2011 to over 1,600 artists, according to a press release for the exhibition.

Murray said the residencies and grants offered by the ETC, as well as innovative electronic tools, allowed the video artists to pursue experimental video processing to create their original pieces. The ETC, he said, helped establish the importance of the central New York region to the history of video art.

“I think [the public] will be really excited to see the extent of form and content in the exhibition that ranges from dazzling experimentations with color and form on original video mixing equipment, to very important and groundbreaking discourses on race, gender and sexuality that are part of this community,” Murray said.

‘Humans of New York’ photographer to speak at Cornell