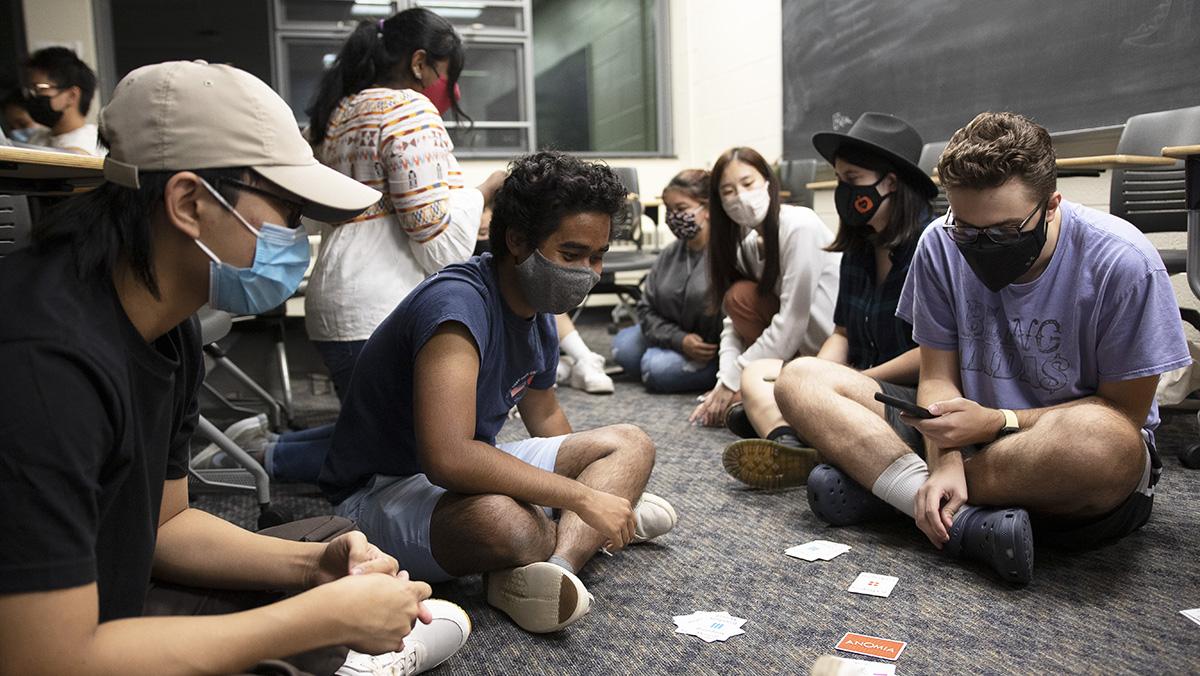 As Fall 2021 picks up speed, organizations across campus welcome new and returning members with open arms. Many of these organizations’ goals are to celebrate and highlight different cultures and identities and serve as safe spaces for their members.

Cultural organizations like the Chinese Students and Scholars Association (CSSA), PODER, the Students of Color Coalition, the International Club, the African Latino Society, Hillel at Ithaca College and the Asian American Alliance provide a space for students to meet, celebrate and learn about their identities. Since the college is a primarily white institution, these organizations educate other students on their culture and help form a sense of community.

Open to all students, the CSSA promotes Chinese culture and values, letting the campus community experience what the association has to offer in engaging ways during meetings and events. The organization is led by an executive board, including co-president Jingwen Ou.

“We’re hoping to promote cultural diversity,” Ou said. “With Ithaca being kind of isolated and a white-majority school, I feel like having these ethnicity and culture related clubs like CSSA is really important for the college to have for these students.”

Ou said CSSA is an organization open to all students, regardless of their cultural background and the board members of the organization are making an effort this semester to be clear that any student can become a member.

“In the past, under a different president, [CSSA] was a little less inviting, but this year my co-president and I have really tried to say that you don’t need to be Chinese or from Chinese heritage, all you need is to have an interest,” Ou said.

Wood said the International Club acts as a liaison between international and domestic students through meetings and events hosted throughout the academic year. Wood also said that while the organization usually runs the same events every year, it tries to come up with new events to keep the community engaged.

“We have an around–the–world event where we set tables and provide snacks as well as different aspects of cultures and countries,” Wood said. “You don’t expect just international students to be there.”

The Ithaca College Asian American Alliance (AAA) is a student-led organization that strives to educate the campus community on Asian/Asian American cultures and issues. AAA is an outlet for education, recreation, social justice and community that helps to create a safe and engaging environment for all of its members.

AAA president Jay Healy said the organization’s meetings are open to all students regardless, of whether or not they identify as Asian or Asian American. Healy said AAA is meant to be a resource and a safe space for students to learn about the culture.

“Whether or not you do identify as Asian and Asian American … we still care about who you are as an individual,” Healy said. “And our meetings are open to [all students] … being Asian or Asian American is only one part of our identity while still being an IC student.”

Healy said being a member of AAA has given him a sense of belonging on campus and provided him with a circle of friends who will always be there for him.

“Once I found AAA, they became almost like a second family to me,” Healy said. “…Everyone just has an open arm and we always like to joke with each other that we are kind of that safety net for each other”

The college also has a chapter of Hillel, an international organization for Jewish campus life. Hillel strives to support a visible and positive Jewish presence on campus, while participating in interfaith and multicultural activities and working with other organizations in the Jewish community.

Junior Isaac Schieder, president of Hillel at Ithaca College, said the organization places an emphasis on Jewish culture as well as religious practices and is open to any student, regardless of whether they are Jewish or not.

Schneider said Hillel gave him the opportunity to immerse himself in his heritage. With the amount of opportunities Hillel has to offer, Schneider also said the organization is a unifying factor for students with different levels of Jewish backgrounds.