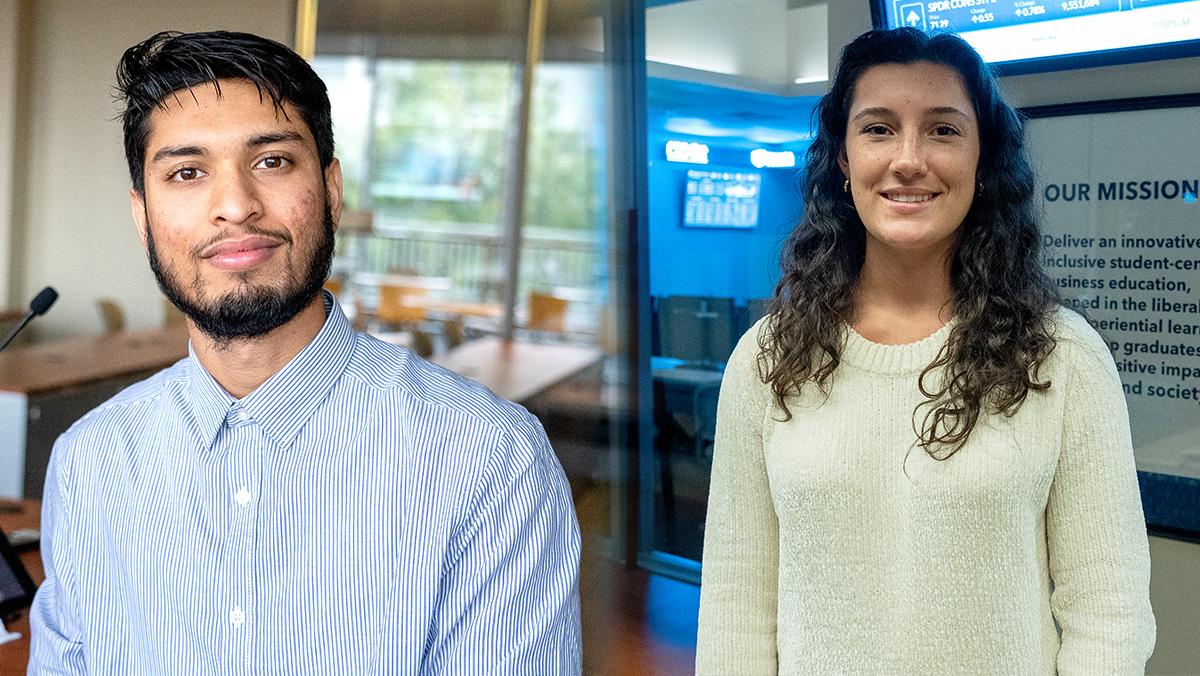 Since 2020, Ithaca College’s Women in Finance and People of Color in Finance organizations have aimed to increase financial literacy in their respective communities. In a world that has historically been dominated by one demographic, they bring in speakers and alums from the financial world to educate their members and prepare them for their financial future.

According to Zippia, 72% of Wall Streeters are men, and 69.6% are white. Ithaca College’s School of Business has a similar demographic, with 73% of business students being men on a campus that is predominantly white. As a result, it is difficult for women and people of color to find representation in the business school and the financial world that surrounds it.

Founded in summer 2020, People of Color in Finance hosts events surrounding financial literacy like bringing in guests of color who work in business. Senior Siddique Ahmed, the group’s social media and event coordinator, said the group discusses all aspects of finance — taxes, interest, mortgages, student loans, credit and 401ks — through the experiences of speakers and students of color.

“We [once] had a businessman and woman that had their own business and they talked about the struggle that they faced and they shared their wisdom with us,” Ahmed said. “We had people from investment banks and people from a wide variety of business backgrounds come and talk … and the people who we bring in are people from POC backgrounds.”

Seniors Melissa Buxton and Vivienne Crowe are the co-presidents of Women in Finance. Buxton said she and Crowe started the club their sophomore year after spending their first year learning in the male-majority business school and wanted to create a club to bring together the women studying finance.

“My experiences with all of the men in the business school have been really great,” Buxton said. “All the professors are super helpful and all of the other guys in my class are all super nice and everything. So I haven’t had any bad experiences here [in the business school], per se, but it definitely is just intimidating, walking into a classroom and typically being just one of a handful of girls in the class.”

Women in Finance brings in women from different areas of the business world to discuss their experiences and give advice to members of the group. The club has hosted guests like Kimberly Zeoli ’89, who is a partner at Deloitte, a multinational financial services company. The club also hosted alum Karen Glassman, the CEO of Unio Capital, a firm based in New Jersey that offers asset management. Rachel Seitenbach ’11 was also a guest, who now works as a product manager at JP Morgan Chase.

Both POC in Finance and Women in Finance are looking to extend their reach beyond the business school to promote financial literacy for women and POC in other majors.

“You could be a music major, you could be a theater major, but everyone has to know how to budget their expenses and how to be able to be financially stable regardless of what their major is,” Ahmed said. “That’s the main reason I joined POC in Finance and continue to promote the club and be a part of it.”

Senior Serah Lawal is a legal studies major who decided to join POC in Finance to build up her own financial literacy.

“They’ve taught us a lot of great things,” Lawal said. “At least for me the stuff that I was able to pick out that I needed most was what to do with my loans after college. I’m going to graduate next semester and I have loans out. I’ve learned that I can make one big payment [for my loans] rather than distributing all my payments. I’ve learned how to handle 401ks and the retirement plans and we’ve learned how to make budgets and how to build our credit scores. All that good stuff.”

Junior Sarah Webb said being able to speak to other women in the finance world has helped her feel more hopeful about her future in the business world.

“I think a lot of people are shifting their mindset and that’s because of having Women in Finance,” Webb said. “It’s really cool and we’re men and women supporting women. So I think that’s really important to understand about the club… We’re people that are going to continue to make sure women are represented in the future [of finance] so that we have that equal opportunity.”