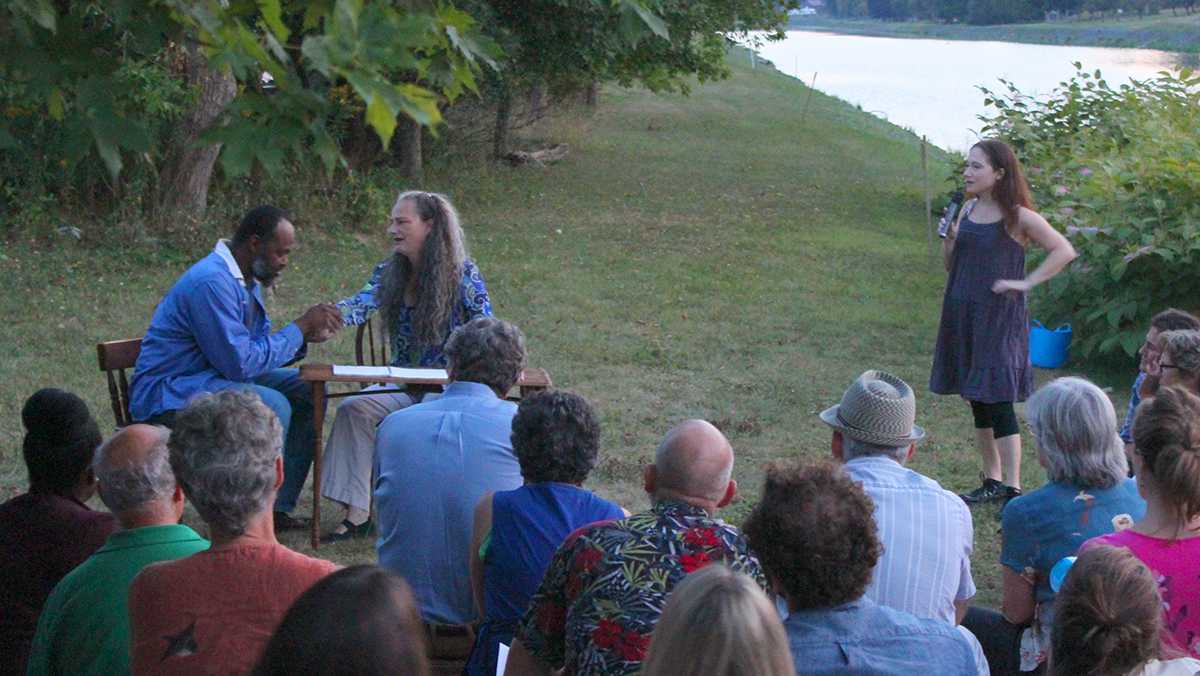 Ithaca College Lecturer Jennifer Herzog has left her role as associate artistic director with theater group Civic Ensemble to take up the same role with newly created The Cherry Arts Inc. The Cherry Arts is a new not-for-profit theater company working with Ithaca-based artists in all facets of theater. Herzog is a co-founder of Civic Ensemble and served as associate artistic director since 2012, working with artists and playwrights, marketing and producing new work. Herzog has been in the professional theater environment ever since she was a child due to both of her parents’ being Broadway performers. After graduating from Ithaca College in 2000, she worked in New York City as a professional actor before moving back to Ithaca in 2010.

Staff Writer Kalia Kornegay spoke with Herzog about her new role, her experience with Civic Ensemble and what the future looks like for The Cherry Arts.

Kalia Kornegay: How did Civic Ensemble come to be?

Jennifer Herzog: I fell in love with Ithaca as a student at IC. When I moved back and started teaching acting in 2010, I noticed something was missing in Ithaca’s theater scene. [Ithaca] supports local fine art and local music, but I felt we didn’t really support locally grown theater. That was the gap that, in my mind, needed to be filled because we’re a town that’s so prominently known for arts and theater. I wanted to create a “localvore” theater company for the many artists that call Ithaca home. I’m so proud about what I was able to accomplish during my time with Civic, but I noticed there was still a gap in the landscape of theater in that there weren’t necessarily enough opportunities for Ithaca-based artists. During the latter half of 2015 is when I decided to branch off from Civic to fill that gap and meet the needs of local performing artists. While I was drawing up the plans for a project to fill that need, Sam Buggeln, the founder of The Cherry Arts, reached out to me and asked if I wanted to team up with him and work with the artistic development team.

KK: Could you tell me some of your best memories from Civic Ensemble?

JH: The last project I produced with Civic Ensemble was kind of a labor of love for me. It was Arthur Miller’s “Incident at Vichy.” It’s a very powerful, dramatic piece with a huge cast, and we did a staged reading of that at the Kitchen Theatre with about 20 actors. It was a powerful experience for me because my mother’s family was captured in the Vichy zone of France in Marseilles, which was a part of that unoccupied part of France at the time, before they were sent to Auschwitz. It was a very personal experience for me to work on that piece, and my mother helped me decide to work on it. She ended up passing away six weeks before the reading happened. It was a piece I did to honor her memory, and it was a challenging experience, but it was very fulfilling. … Arthur Miller calls for an elderly man to be cast as one of the detainees, and my father, who is 87 years old and hasn’t acted in many years, played the role. He did it to honor my mother, which is part of what ended up making this production so special.

KK: Could you tell me more about The Cherry Art’s Artspace and any other plans for expansion?

JH: The Cherry Arts does work that’s radically local, radically international and formally innovative. By that, we mean innovative in form, not innovative in wearing a tuxedo. We’re committed to a sliding–scale ticketing policy, and that means everyone, including students, has access to the productions we create. Artspace, with any luck, will be completed by the end of 2016. The space is going to be a home for all sorts of locally grown art from opera to puppetry to burlesque. It’s a theater and everything in-between.

KK: What are you most anticipating with The Cherry Arts?

JH: I’m excited about giving Ithaca-based artists an opportunity to create work from scratch and have space to create that work in. One of the exciting things about The Cherry Arts is we are not going to operate in the same model as other theaters, in that we’re going to allow all the time needed to create and develop a project. A project might start with an art ensemble with a germ of an idea and grow thanks to the collaboration with the ensemble members. It might take a year for that project to come to fruition or to be put on stage for the first time. We’re trying to relax some of those boundaries and give the artists that we’re working with the freedom and space to develop things from scratch.