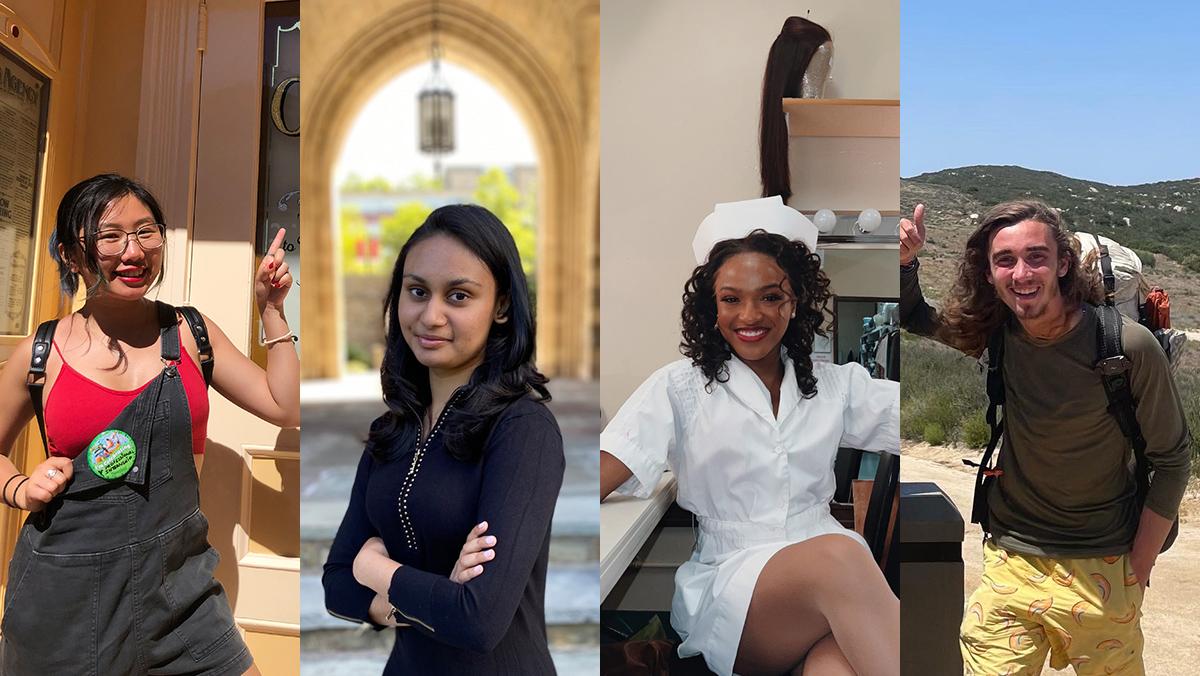 With a student body from 78 countries and almost every U.S. state, a large number of Ithaca College students have engaged in a variety of creative, career-oriented, and physical activities around the world during not only the school year, but this past summer as well.

This past summer, Ithaca College’s Instagram page highlighted the many internships, creative projects, and other ventures that students had been cooking up. Each displayed student had their own post — featuring a description of their activities — related pictures and a barrage of comments from fellow students shouting their support. The posts are viewable under the hashtag #ICStudentSummer.

Max Schweik hiked almost the entirety of the 2,650 mile Pacific Crest Trail, which spans from the border of Mexico to the border of California along the Pacific coast. Max intended to complete the trail within 100 days, meaning that he would have to walk around 31 miles every day to reach his goal. Although he was unable to finish the trip due to health complications from COVID-19, he went from the Mexican border in California all the way to the Oregon-Washington border — more than 2,100 miles.

“It’s such a rewarding experience to fall in love with a lifestyle where you just push yourself to your limit every single day,” Schweik said. “I’ve had this dream since I was 15. I’ve always been hiking and pursuing my own adventures. It’s a strong part of my identity.”

Devon Jezek interned at WRFI, a community radio station in Ithaca. She posted newscasts every week this summer — highlighting major headlines, discussing global issues, and leading interviews. Although she did not have much experience with radio before this summer, Jezek worked extensively with professionals at WRFI not only learning how to write and speak for radio, but also how to manage some of the technical aspects of it as well.

“I think that everyone should do an internship,” Jezek said. “I had a blast and I learned a lot. I really enjoyed the whole thing.”

Liza Dhameeth interned with a private law firm and did two research internships with the Cornell Law School: the Juvenile Justice Program and the Death Penalty Program. For the former internship, Dhameeth worked with the senior partner of the firm on federal criminal defense cases that are looked at on the level of the Supreme Court. She did background checks and interviewed clients. For the other two research internships, which ran in conjunction with each other, she did legal research on people on death row in South Carolina and on new legislation that came out regarding the criminal sentencing of minors.

“I want to be an attorney in the future, and pursue that profession,” Dhameeth said. “This was a good way of exposing myself to the legal field… so this summer, I thought, why not do the defense side of things and see how that works?”

Jacquelyn Chin worked with Disney Streaming as a Currents Title Planning Intern. She worked to organize the process of adding subtitles and dubbing in dozens of different languages — French, Italian, German, mainland Mandarin, Cantonese, Arabic, Hebrew, Castilian, and many more — to titles on streaming platforms like Disney+ and Hulu. She worked to improve titles for not only titles available on American streaming platforms, but international ones as well. As a title planning intern, she laid out the plans for vendors to follow, marking the specific dates when subtitles would arrive, or when dubbing would be complete, and other tasks. Chin said that students with similar interests pursue internships like the one she did.

“It was really fun and I think, yeah, shoot your shot,” Chin said. “It’s hard [to be] cold applying to a lot of internships, but definitely talking to alumni would help a lot of people. And it really opens your eyes up to the vastness of the industry.”

Arjaye Johnson performed in “Catch Me if You Can” this summer with the REV Theatre Company, based in Auburn, New York. She was a part of the ensemble and played a character named Betty. The production had a 10 day rehearsal schedule from 10 a.m. to 6 p.m. every day, practicing choreography and scene work. Johnson found out about the REV Theatre Company through Jeff Theiss, assistant professor in the Department of Theatre Arts at Ithaca College. As a musical theatre major, Johnson said she was elated when she received an offer for the part.

“I was so incredibly grateful and honored to have been chosen to be a part of the cast,” Johnson said. “There were, I believe, eight females in the ensemble. So I was feeling very proud of myself for making it down to the final eight. When I first got it, I called my mom immediately. I was like, ‘Oh my God! I got an offer!’”

The college has more than 80% of its communications students partake in internships, and offers internships in the other schools as well. Aside from internships, students take part in their own summer adventures, creative projects, and other activities. Taking the step to engage in these kinds of pursuits, Dhameeth said, is crucial for all students.

“I feel like interning is something that’s very important to help you figure out or get a footing of what you want to do in the future and where you want to be because now is the best time to make mistakes and to learn,” Dhameeth said.