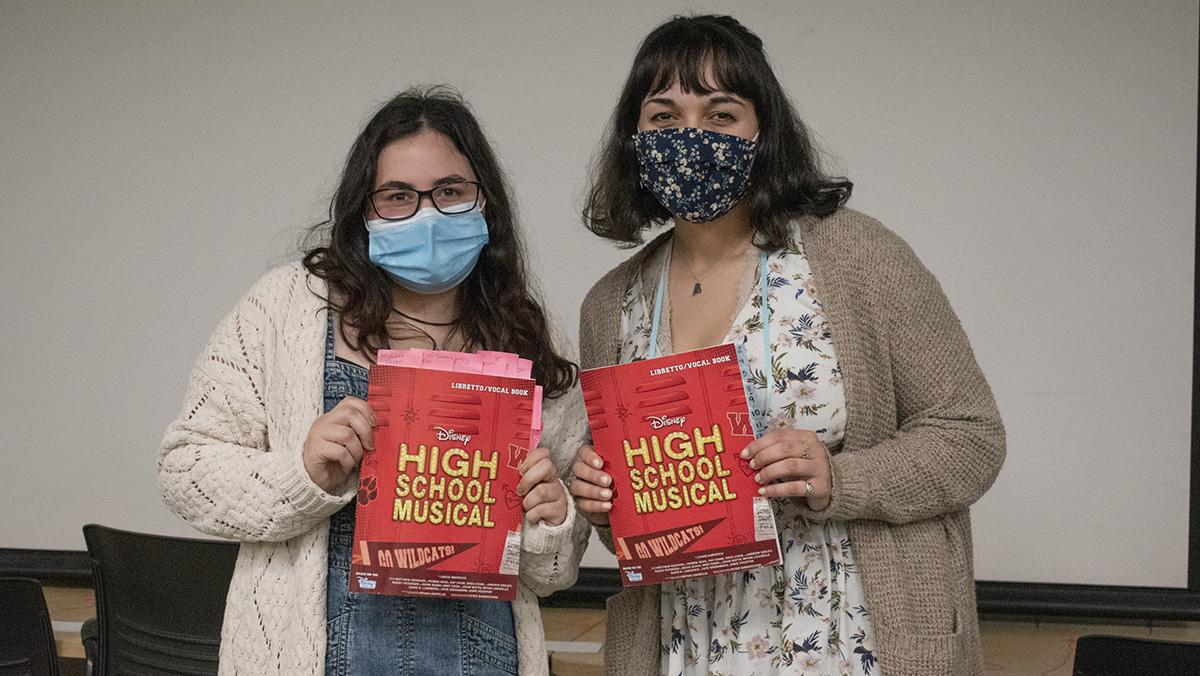 After a year of making theater on Zoom by hosting play readings, dance classes and an online showcase, the members of Ithaca College Theatre Lab are eager to return to in–person rehearsals and performances.

Theatre Lab, formerly known as 24 Hour Theatre, is Ithaca College’s only no-cut theater organization, meaning anyone who auditions is guaranteed a role in the show. Founded in 2018, the all-inclusive program hosts two official shows every semester: one full length musical and one speed-run production with only 24 hours of rehearsal time. This semester, the 24–hour production of “High School Musical” will be held October 23 and 30, and a full-length “The Addams Family” will be held November 12 and 14. Previous productions include “13: The Musical” and “Mamma Mia!” and an online showcase entitled “Mosaic,” which the organization held remotely.  Throughout the past year and a half, the club has undergone some major changes — in part due to the COVID-19 pandemic and in part as an attempt to expand the club’s outreach and become more accessible to members of the campus community.

Last year, Theatre Lab did not host a full show in any capacity. Instead, it hosted weekly script readings and dance livestreams to still hold a space for its club members. The online semester culminated in an online showcase for members to demonstrate their work. Junior Allie Lewis, music supervisor for Theatre Lab, said the past year was difficult but fulfilling.

“Last semester, we actually combined both of those kind of broken-down pieces of shows,” Lewis said. “[We] added some singing to put together an online pre-recorded showcase, “Mosaic,” which can be found on our Youtube. Members rehearsed fully online over Zoom, learned music by listening to practice tracks and coming to workshops when needed, and then sending in videos of them dancing and singing for our lovely Chief Digital Officer, Meg Handley, to edit together into the masterful showcase it became.”

Lewis said that even after a productive year online, the return to in–person rehearsals has been a great feeling for the club.

“We’re so, so excited to be able to put on shows in person again, and we’re excited to kick off our first two-show semester” Lewis said.

Under the name 24 Hour Theatre, the organization only produced condensed versions of shows within a 24-hour rehearsal period. Now, rebranded as Theatre Lab, it has added one traditional full–length musical in conjunction with one 24-hour production per semester. This change both encourages more students to audition and expands the size of the crew, providing new backstage roles.

Senior Julia Shuman, president of Theatre Lab and co-director of the 24-hour production of “High School Musical,” said preparations for both shows are already well underway.

“‘High School Musical’ is going with our old theme,” Shuman said. “We used to be called 24 Hour Theatre, which means that we only did shows in 24 hours of rehearsal time. To continue with our new rebranding, two weeks before they get the script, they have to learn all their lines before rehearsal. They show up, they should know their lines, their songs and everything and we pretty much just teach them all the dances and all the blocking.”

Shuman described the 24-hour productions of Theatre Lab as primarily for the cast members, because the focus is on the rehearsal process rather than presenting a perfectly–polished final product.

“The audience comes, and everyone knows what’s up because at Theatre Lab we tell people that we’re more for the cast than for the audience, so everyone knows it will kind of be a little wacky,” Shuman said. “It shows it’s not perfect, and it’s good to see a little crazy, that’s the fun part of it. Everything’s hodgepodged together. It’s like the craziest weekend you’ve ever had.”

Many club members have expressed their excitement about being back in in-person spaces. Senior Jack Boles has been involved with Theatre Lab since Fall 2019, and said the wait to be performing live was hard, but worth it.

“The last two semesters were certainly difficult to navigate through, but I think the challenge only brought us all closer together,” said Boles. “It was a little chaotic, but it really was fun, even if it wasn’t what we initially planned.”

Boles said Theatre Lab has always provided a positive space for students even throughout the pandemic.

“A typical semester for Theatre Lab is really focused on choosing a show and figuring out a unique spin that we can put on that show,” said Boles. “Once that’s all done with, it’s all really a matter of bringing the cast together. Each rehearsal feels like a group of friends all coming together to celebrate their love of live theater.”

Junior Shoshana Cohen, who has been involved with Theatre Lab since their freshman year in 2019, said they are excited to be back in person after their online year. Cohen partook in a production of “13: the Musical,” which was one of the last shows Theatre Lab put on before the COVID-19 shutdown.

“Even though rehearsals are just starting for the productions, I cannot wait for the final result and to watch the performances,” Cohen said. “Although I can only speak for myself, I think that many members of the club are excited about doing live theatre again. The rehearsal process may look a little different than it did for ‘13: The Musical’ because of COVID precautions, but I think it will still feel familiar to both old and new club members. Everyone seems really excited to just return and have fun doing theatre, which hasn’t been extremely accessible during the pandemic.”