ICTV’s newest shows get ready for a new season 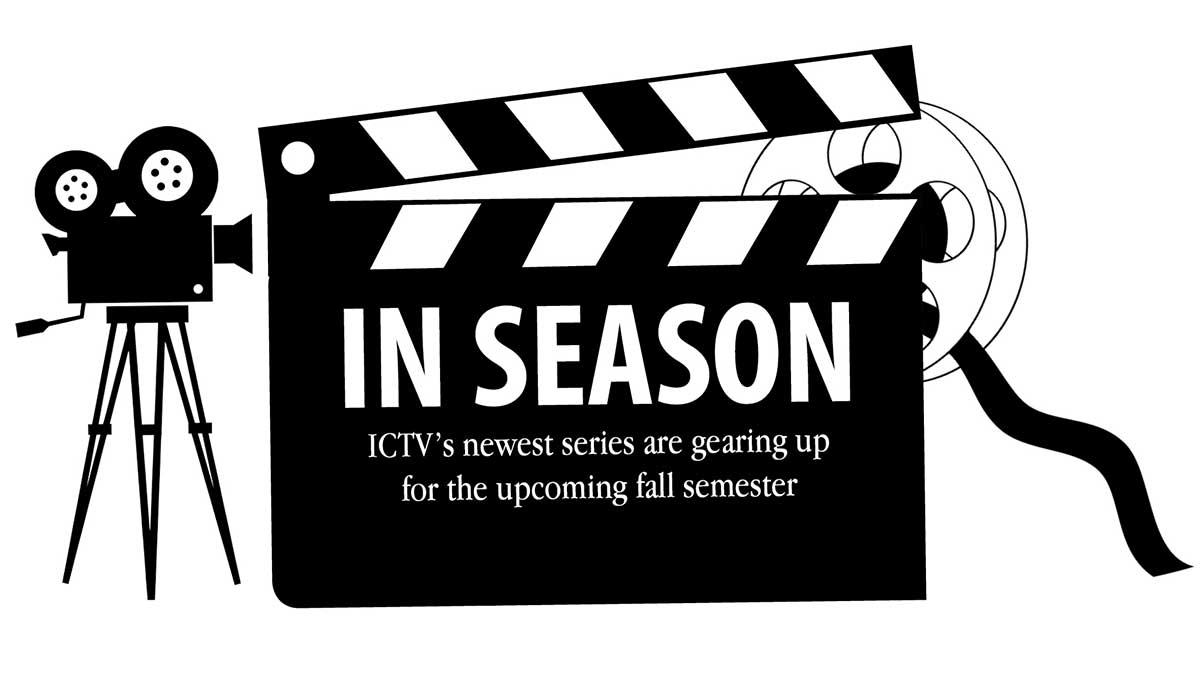 Many people watch basketball games, know all the football players’ names and hear about the hockey players’ accomplishments in the news. But how much do viewers know about what happens off the field? One of ICTV’s newest sports shows is helping to fill in those blanks.

“Off The Field” is a sports debate show that goes way beyond statistics. Producers junior Audra Bastyr, senior Meghan Graham and sophomore Riley Ludwig came up with “Off The Field” through their mutual interest in sports, but desired to learn more about what happens after the final whistle.

“I wanted to talk more about the impact that sports have on society, and that really just inspired me to create something to do so,” Graham said.

Graham said this show will focus on social justice issues and sports-related current events. The “Off The Field” crew members said they want to discuss the effect that these happenings in sports have on society.

“We really want to dig deeper behind the players’ lives and what goes on behind each foundation, whether it be NFL, MLB, NHL or anything like gender issues and human rights,” Bastyr said.

“Off The Field” sees the sports debate show as so much more than game and current-event coverage. Bastyr said this show will take a more humanistic approach and focus deeper into the players’ lives.

Reality television without the reality? That’s exactly the concept behind “Campus Retreat,” a scripted spoof on reality TV shows. Producers junior Myra Rivera and junior Kate Zasowski said they thought up this comedic idea while discussing how ridiculous today’s reality TV shows are.

Rivera describes “Campus Retreat” as a parody reality TV show in which college students engage in a campuswide face–off.

“It is two teams of college students, each with five contestants, and they’re competing in campus-related challenges,” Rivera said. “We can’t give away what the challenges are, but the content features some actual challenges and also all of the side drama, the relationships and everything that a real reality TV show would have.”

The teams will complete in vigorous challenges, betray each others’ friendships and unfold some major drama, all while competing to come out victorious and win the grand prize.

Sketch Me If You Can

Ready, set, draw! This student-run game show is a fight to the death using paper and pencils. Two teams of three contestants will face off in this Pictionary-themed game show. The producers of “Sketch Me If You Can,” junior Remy Litvin and senior Patricia Wall, said they hope to draw out some great talent for this new ICTV illustration game show.

“There are three main rounds,” Litvin said. “One of them is a speed round, another where they just have to guess a single object and another is a puzzle round.”

Litvin said he took on the idea for “Sketch Me If You Can” after a suggestion from a fellow ICTV insider.

“I was actually given this project by Alex McKeen, another producer for ICTV, and he presented me with it and asked me if I wanted to take it on,” Litvin said. “I said yes, and we had the opportunity to flesh this idea out and build it from the ground up.”

That Other News Show

“Since the news has been bringing everyone down lately, we want to bring everyone back up again,” junior Ethan Johanns, one of the producers of “That Other News Show,” said.

The producers said ICTV has never had a satirical news show before. “That Other News Show” will feature news from national and local sources on subjects like sports, weather, current events and entertainment and will take a more creative approach to news, adding comedic bits and a little embellishing to the average news routine.

“We’re a little bit more goofy than your average comedy news show,” Nelson said. “We tend to put our own spin on things rather than keeping it completely fact-based.”

The Week That Was

Political satire is the name of the game with one of ICTV’s newest shows, “The Week That Was.” This news-based show will discuss local, national and international topics, especially in relation to politics. It will be filmed both in the studio and in the field, using a diverse combination of stand-ups and pre-recorded packages.

Senior producers Robert Adler, Kenny Chapman and Will Tarshis said they saw a real need for a show like this at ICTV.

“ICTV doesn’t really have any political satire stuff,” Chapman said. “Our age group is all about political satire and comedy in politics, so we think this will be a good stepping stone for a lot of viewers.”