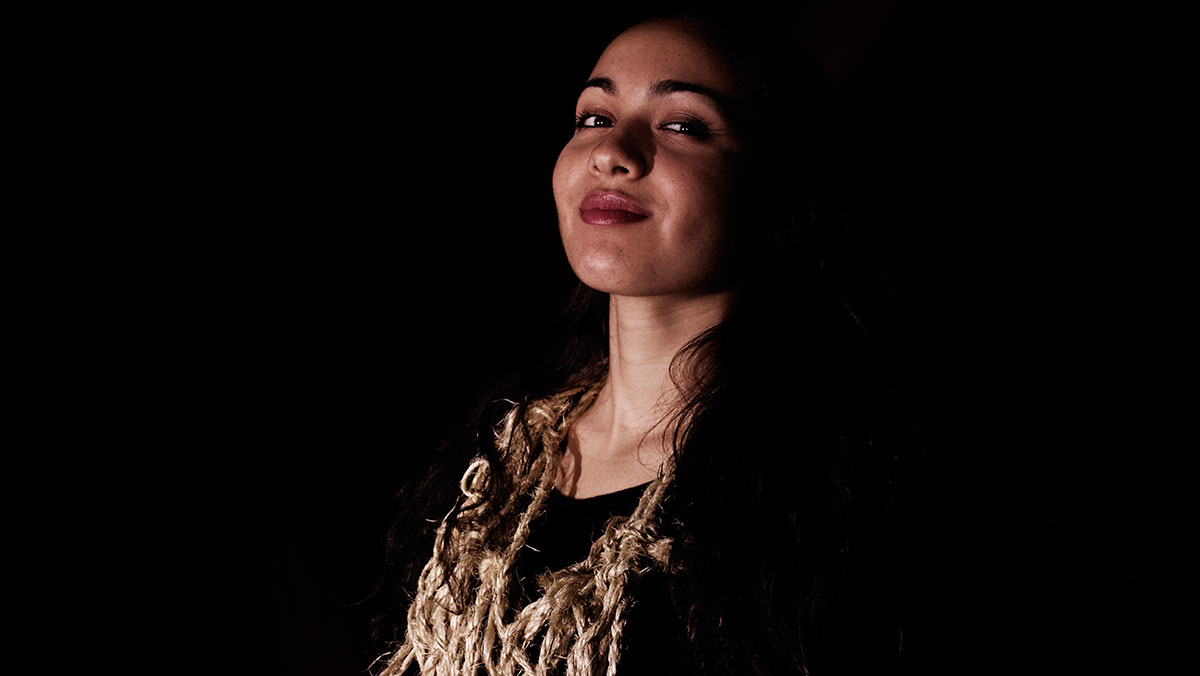 Courtesy of Melodramatics Theatre Company
Shanti Kumar, a sophomore at Cornell University, plays Catherine in the Melodramatics Theatre Company production of "Pippin." The musical is produced by a combined cast and crew of students from both Ithaca College and Cornell University.
By Ashley Wolf, Steven Pirani — Staff Writer and Assistant Life & Culture Editor
Published: November 5, 2014

A celebrated piece of musical theater is poised to make its way from the Broadway stage to the Ithaca area, as Cornell’s  Melodramatics Theatre Company prepares for it’s production “Pippin,” premiering Nov. 6 in Cornell University’s Kiplinger Theatre.

The Tony Award–winning musical typically is set in a circus, but the  Melodramatics Theatre Company will use a more simplistic setting for the story to better portray the ventures of the main character, Pippin. The production is a combined effort of both Ithaca College and Cornell students, who joined forces under the Melodramatics name to bring “Pippin” to life.

The musical follows the titular young prince, who is heir to the Frankish throne. Pippin is generally outshined by his younger brother, the power-hungry Lewis, leaving Pippin craving significance and wondering what the world has to offer him. Pippin searches for the key to true happiness and success by pursuing triumphs on the battlefield and romantic entanglements, along the political gains he receives when he takes the throne upon his father’s death.

The Melodramatics Theatre Company puts a spin on the usually exaggerated story of Pippin by setting it in an abandoned theater rather than in a circus. The changed setting strips the production of added frills and distractions, keeping the focus on what the core of the show is about, Ravi Rakkulchon, scene designer and senior production arts major at Ithaca College, said.

“The main idea is that these actors found an abandoned theater and decided to put on the show, but it’s also within Pippin’s mind,” Rakkulchon said. “It’s not as extravagant as other shows. Instead, it’s very simplistic with bold choices.”

Marcus Barainyak, sophomore acting major at the college, plays the role of Lewis and said the simple setting and minimal amount of characters brought an added degree of intimacy to the production that ultimately enhances the final product’s accessibility.

“The minimalist approach to the story — it’s a unique way to tell Pippin’s story, and it’s not something I’ve ever seen before,” Barainyak said. “Pippin is usually large and overwhelming. This feels intimate and personal.”

The story is told by a small cast of eight characters. The show is usually produced with over 50 cast members, and Sarah Byrne, co-producer and stage manager, said the smaller cast makes the production more emotional and personal.

“We have the dream team working on this production,” Byrne said. “We have the best people doing tech and because we paired down the cast, we are able to have really talented actors that make the show meaningful without many of the smaller roles and an ensemble. It’s been a great process.”

Many of the cast and crew members are from Ithaca College, like Rakkulchon. He said it was the training he received from the college’s classes, professors and productions that prepared him for his job as scene director.

“In terms of set design, I felt I was trained well enough to put what is in my head out onto the stage well,” Rakkulchon said. “I was given the confidence to produce work without doubting too much my confidence in doing so.”

This drive and confidence is something echoed by the rest of the cast. The cast and crew have worked hard to put on the best performance possible and are willing to do anything to make the show a worthwhile theater experience, director Emily Ranii, a visiting professor at Cornell, said.

“This is a [cast] where everyone says ‘yes’ to each other, and we’ve been working as an ensemble and a collaboration,” Ranii said. “We’ve been brainstorming about what best serves the means of this production.”