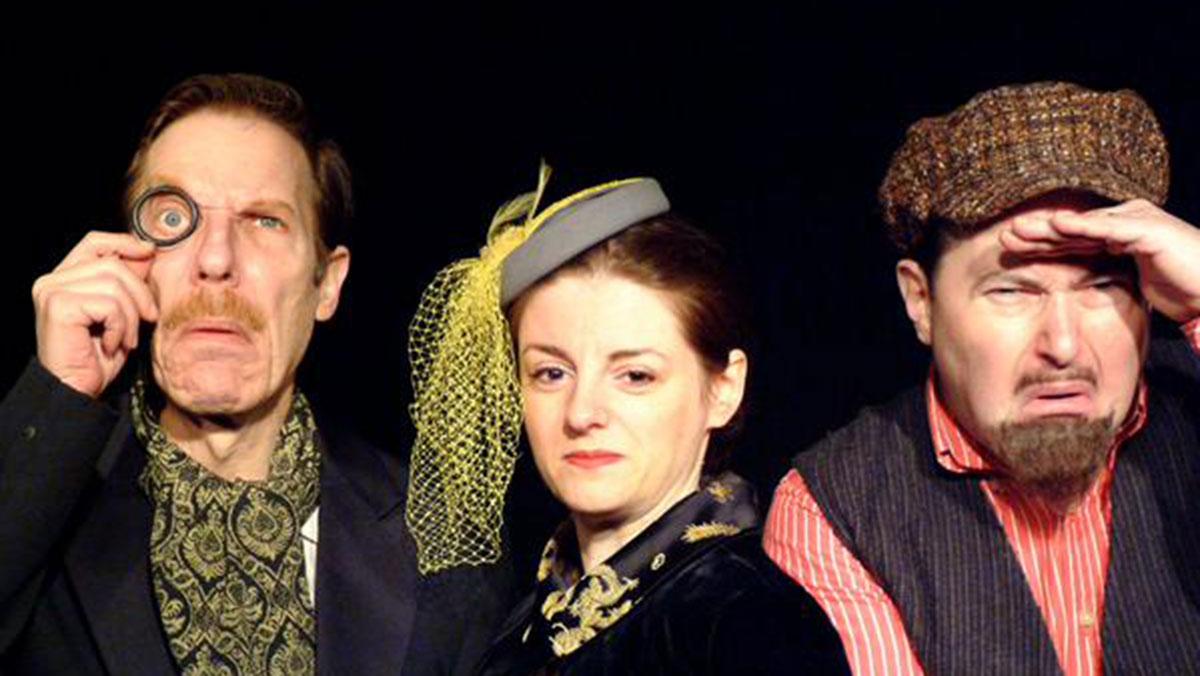 A show created for a college-aged audience will take the stage Sept. 9. With its combination of witty humor and expressive acting, “The Essence: A Yiddish Theatre Dim Sum” is designed to bring the audience to tears with its hilarity. Not only that, but the show is created to comedically introduce a non-Jewish audience to Yiddish culture.

New Yiddish Rep, a theater company based out of Weehawken, New Jersey, that specializes in performing plays in Yiddish, will be performing at 7:30 p.m. Sept. 9 in the Hoerner Theatre. The show will serve as an introduction to Yiddish culture and theater by combining humor and history for the audience. The show is part of the Yiddish Theater Festival, co-sponsored by the Cornell Jewish Studies Program and the Ithaca College Jewish studies department.

Yiddish is a combination of Hebrew and medieval German language. In the past, it was considered the international language of the European Jews. However, due to assimilation, its popularity in the world has drastically decreased. Now only about a quarter of a million people speak Yiddish.

Yiddish culture relies heavily on Yiddish theater to attempt to preserve the language and culture through many types of performances, including melodramas and comedies.

“The Essence” is free for all students with an ID and $5 for non-students. The show is one part of a three-day festival happening in the Ithaca community.

Jennifer Herzog, a lecturer in the Department of Theatre Arts and a co-host to the event, has worked with most of the actors in the performance and was thrilled when she heard they were coming to Ithaca to perform. Dim Sum is a show for a new generation, Herzog said.

“This is a really sassy comedy,” Herzog said. “It’s a quick, fun lesson in what Yiddish theater is. It’s a fast-paced show that’s not for your grandparents.”

Although the play is written in a combination of Yiddish and English, Herzog encourages anyone, no matter what language he or she speaks, to watch the show because it mixes humor with information to introduce the audience to Yiddish culture. Herzog said not many people know about Yiddish culture, and the show will serve as an educational tool for understanding it.

“It will be exciting to teach students about it,” Herzog said. “This show is for everyone, not just for Jewish students.”

Annette Levine, associate professor in the Department of Modern Languages and Literatures and the then-interim coordinator of Jewish Studies, is a co-host of the event and is excited to be a part in bringing New Yiddish Rep to Ithaca.

“Our campus is a great place to have this kind of show,” Levine said. “The campus has an audience for [a] historically significant, intellectually stimulating and entertaining show because we have a very open campus.”

“It’s an amazing experience to be immersed in a language that is hardly spoken today,” Levine said. “This is a very unique opportunity to see something you aren’t accustomed to.”

Herzog said she hopes the performance will attract a big enough audience to be able to continue offering this type of theater.

“We would love to make this festival an annual thing in Ithaca,” Herzog said. “That depends entirely on interest, though, so if we get feedback, we will try to continue it.”