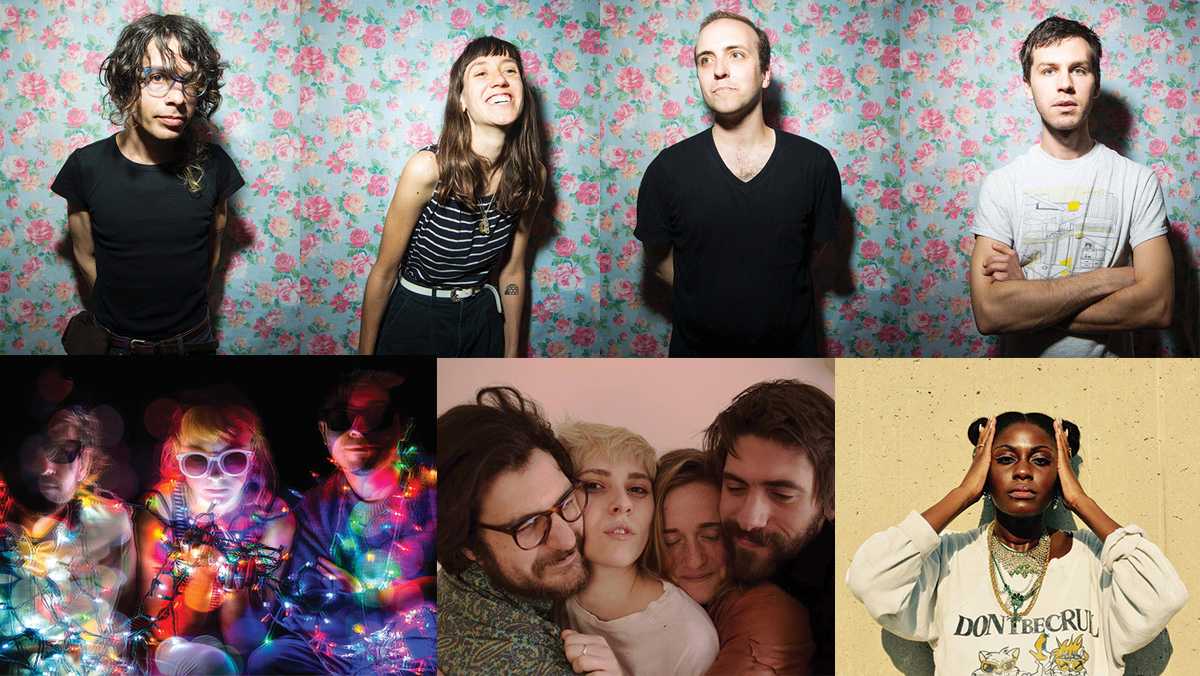 Local indie music fans will escape the cold for a 12-hour celebration of live music, local artists and organizations at The Haunt this weekend.

Ithaca Underground’s 12th annual Big Day In begins at 12 p.m. Dec. 3 for $7 per person. The event will feature 26 bands, both local and touring acts, covering various genres such as hip-hop, punk and noise rock.

Bubba Crumrine, president of the board for Ithaca Underground, said the mission of Ithaca Underground is to bring new and challenging music and art to inclusive environments open to all regardless of age, race or socio-economic status. His job as president includes booking artists; leading outreach and logistics teams; organizing and running shows and events; and making connections with other local not-for-profits, venues and bands.

He said the purpose of Ithaca Underground’s Big Day In is to provide an end-of-the-year celebratory event and to bring attention and publicity to the Ithaca community and its array of artists.

“We are trying to provide a day of music that’s diverse agewise, which has always been at the core of what we do, as well as diversity in gender, race and orientation,” Crumrine said. “It’s been an increasing goal. That event should really showcase the diversity of underground music.”

Crumrine said the low price allows those who may be financially struggling to enjoy a large variety of acts. Some acts that will be performing include B. Dolan, Guerilla Toss, Japanese Breakfast, Eskimaux, Izzy True, Sammus, Imperials, Benjaminto and Tender Cruncher.

This year, the event will include more bands than in the past with the addition of a second stage outside of the venue that will showcase local acts until 8 p.m. Crumrine said Ithaca Underground values artists who are more than just performers.

“We’re bringing artists that aren’t just musicians, but they’re active in their communities in a variety of ways — whether that’s on a national level, whether it’s a social-political type of way or if it’s supporting their own music communities and the DIY arts around them,” he said.

Izzy Reidy of indie-rock group Izzy True, and Sammus, a rising indie feminist hip-hop artist and Cornell graduate, are both upstate New Yorkers who express inclusivity and activism both on and off the stage. Reidy grew up performing with Ithaca Underground and said the environment it provided gave them and their friends a platform to perform.

“I’ve been going to the Big Day In since the beginning and have played a number of them in various projects dating back to my high school band, Fight A Scary Dog,” Reidy said. “I think the first BDI I played my dress was tucked into my underwear by accident and no one told me until the set was finished. They are getting bigger and better every year and I have returned multiple times in spite of this hideous embarrassment.”

Aside from engaging audiences with self-deprecating humor and witty indie songs, Reidy is also active in Ithaca’s local music community.

“I think seeing the power of community early on has deeply affected the way I look at art,” Reidy said. “I was shown a model for art making with an incentive other than traditional rock star style success. A good DIY scene promotes the idea that artistic expression is an end in and of itself.”

Crumrine said Ithaca Underground upholds a mission of inclusivity and a strong sense of community that will be exemplified during Big Day In. Music reviewers from outlets such as NPR and Consequence of Sound have commended Sammus for her lyrics, which discuss current racial and feminist issues.

“[My music] focuses on black experiences of being a nerd or being a geek and being a person of color in this country and kind of being a millennial,” she said.

This year will be Sammus’ third year performing at Big Day In, and she said she looks forward to what this year will offer.

“It’s always a blast,” she said. “One of the things that I love about Big Day In is just the diversity of different kinds of music.”

Sammus just released her new album, “Pieces in Space,” in October, but she said since Ithaca Underground provides a supportive space for artists to experiment, the audience can expect to hear some new, unreleased songs. Additionally, Reidy plans to talk a lot about the importance of political action during Izzy True’s set.

Crumrine said Big Day In is a strong representation of what Ithaca Underground does year-round. He said it is always lively with dancing, moshing and crowd surfing, but above all else, the environment is positive with volunteers’ making sure audience members are enjoying themselves safely and respectfully.

“If you want to understand what it means to be a part of Ithaca Underground, Big Day In is it,” he said.