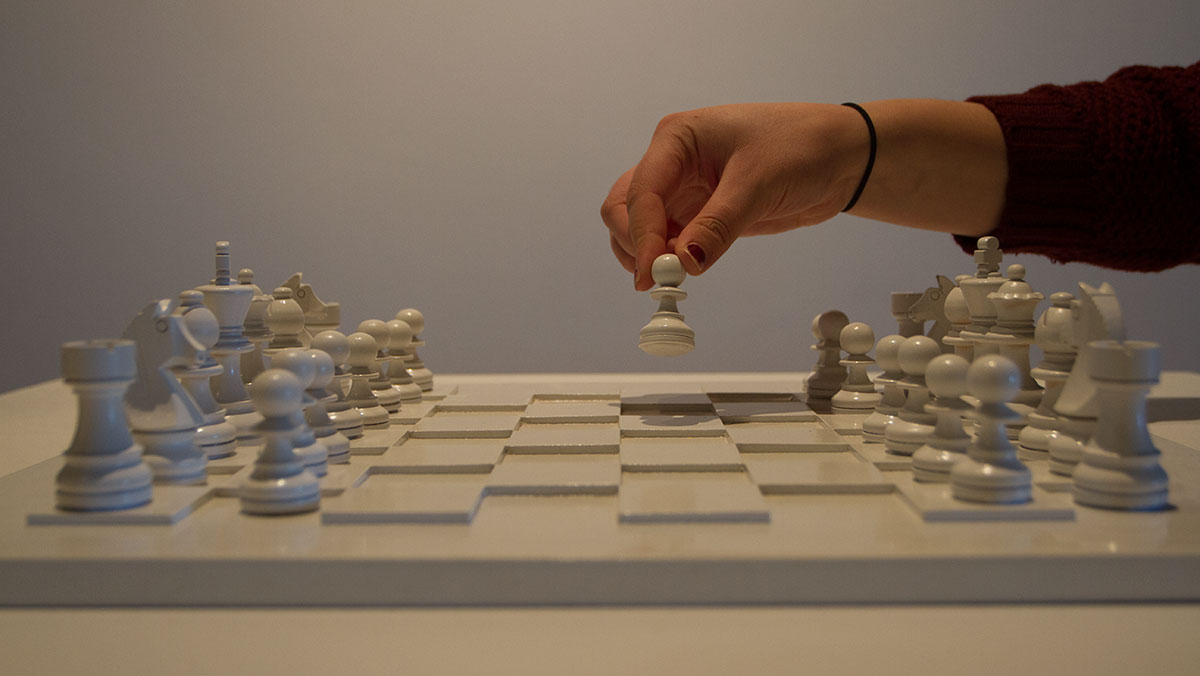 Stephanie Aanonsen/The Ithacan
Ithaca College’s Handwerker Gallery has been made to resemble a scene out of a childlike dream for its latest interactive exhibition.
By Casey Murphy — Staff Writer
Published: October 6, 2015

Ithaca College’s Handwerker Gallery has been made to resemble a scene out of a childlike dream for its latest exhibition, titled “Free Play,” which opened Oct. 1.

The exhibition is curated by Melissa Feldman, an independent curator from Seattle. It features work by 14 artists from across the globe, including Yoko Ono. All the installments are based around games and childhood play. Each artist has recreated games in a way that explores various cultural and philosophical issues.

“Viewers interact with these deep concepts through easily accessible games, creating a juxtaposition between the playfulness and innocence of the games and the serious message behind them,” Fons said.

Since the exhibition is focused on the act of childhood play, it is entirely interactive, featuring pieces like board games that visitors can play and a seesaw they can ride. The exhibition also includes multimedia components, such as video and computer games. Featuring multimedia art has become an important part of Handwerker exhibitions with the recent installment of new outlets throughout the gallery.

Junior Lisa Peck, an art history major, also helped to install the exhibition. She said the interactive nature of “Free Play” is different from anything Handwerker has done in recent years, and this interaction compels students to think about deeper issues in a surprising way.

“This exhibit makes you think about everyday life because everyone has played games as a kid, and these are really different kinds of games,” Peck said. “It makes you reevaluate the games you’ve grown up playing. It really draws people in because you’re tempted by the seesaw or hopscotch or something, and then you realize it has a deeper message. I think a lot of adulthood is really about that, kind of realizing there’s more to it.”

“Free Play” will be featured in the Handwerker Gallery until Nov. 7 and will include Game Nights at 6 p.m. Oct. 22 and 29.