Jazz musician John Hollenbeck to visit for concert and class 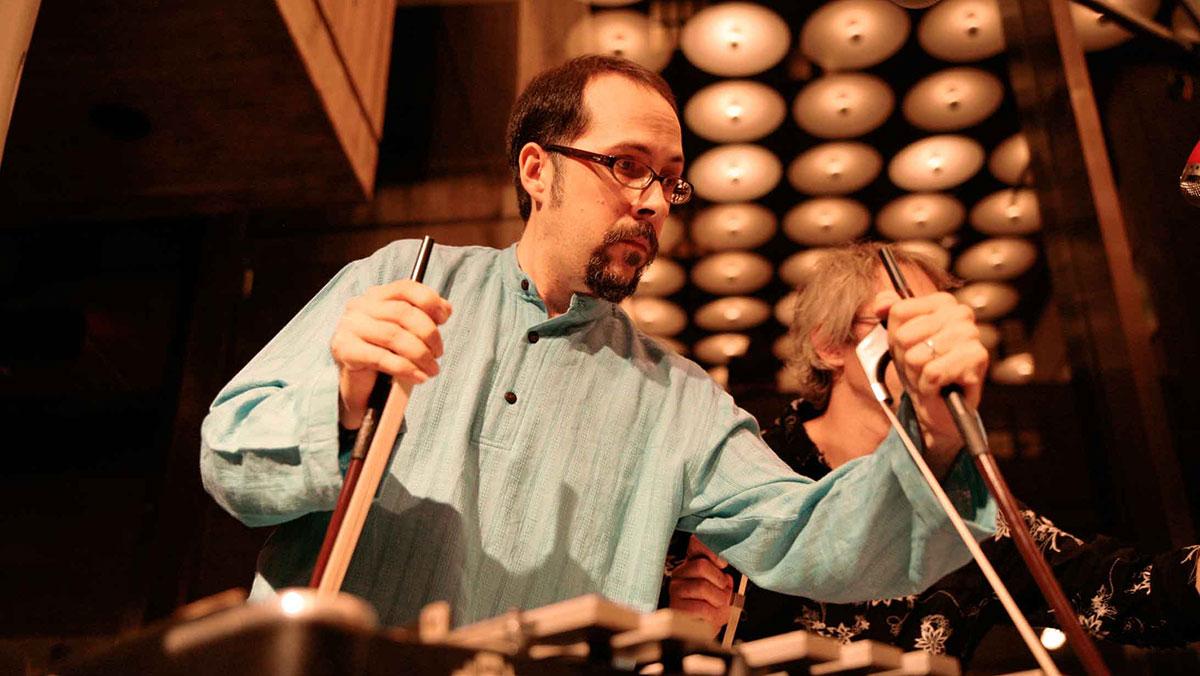 Courtesy of John Hollenbeck
While jazz music is rooted in many traditions, some within the genre are constantly innovating by blending the old with the new. One such artist is noted percussionist and composer John Hollenbeck.
By Cecilia Morales — Contributing Writer
Published: October 6, 2015

While jazz music is rooted in many traditions, some within the genre are constantly innovating by blending the old with the new. One such artist is noted percussionist and composer John Hollenbeck.

Hollenbeck will perform with his Large Ensemble at Ithaca College on Oct. 19. The 19-piece big band, composed of New York’s top professional musicians, will play at 7 p.m. in Ford Hall. In addition to the performance, Hollenbeck will host a masterclass Oct. 20. The class, which is open to anyone, will be held at 9:50 a.m. in the Nabenhauer Recital Room.

The Grammy-nominated musician has gained recognition for breaking the standards of traditional jazz music. Hollenbeck’s approach to jazz relies more on creating an element of surprise rather than sticking to one structure. While most would identify jazz as having a continuous beat accompanied by a soloist, Hollenbeck strives to create compositions with written solos at unexpected times.

Throughout his years as a musician, Hollenbeck said he has found teaching to be one of his favorite creative outlets. For him, it is another way to connect with his fellow musicians and share one another’s passion for jazz.

“I have been a professor at the Jazz-Institut Berlin for 10 years and am now starting as a professor at McGill [University] in Montreal,” he said. “I love schools and their utopian environment. Teaching is another way to use your creative energy [and] to share your music and experience with others.”

Michael Titlebaum, associate professor at the college and Hollenbeck’s longtime friend, said the musician’s ability to create “music uncategorizable beyond the fact of being always identifiably his” is one of his most admirable traits.

“John has always been incredibly inspiring for me and for many others,” he said. “The passion and dedication that he brings to both playing drums and to composing in the big band idiom is truly awe-inspiring. I learned that about him first during our time making music together, but the music he’s made in the 20-plus years since then has been truly astounding. The Grammy nominations are just a hint of that.”

Although the college holds a series of student jazz ensemble concerts throughout the year, Titlebaum said he hopes to eventually have a continuing set of performances by professional artists.
“This concert was created by the Thaler/Howell Foundation, who have endowed several wonderful non-jazz concert series at Ithaca College,” he said. “I very much hope this particular gift will lead to an ongoing jazz series, too.”