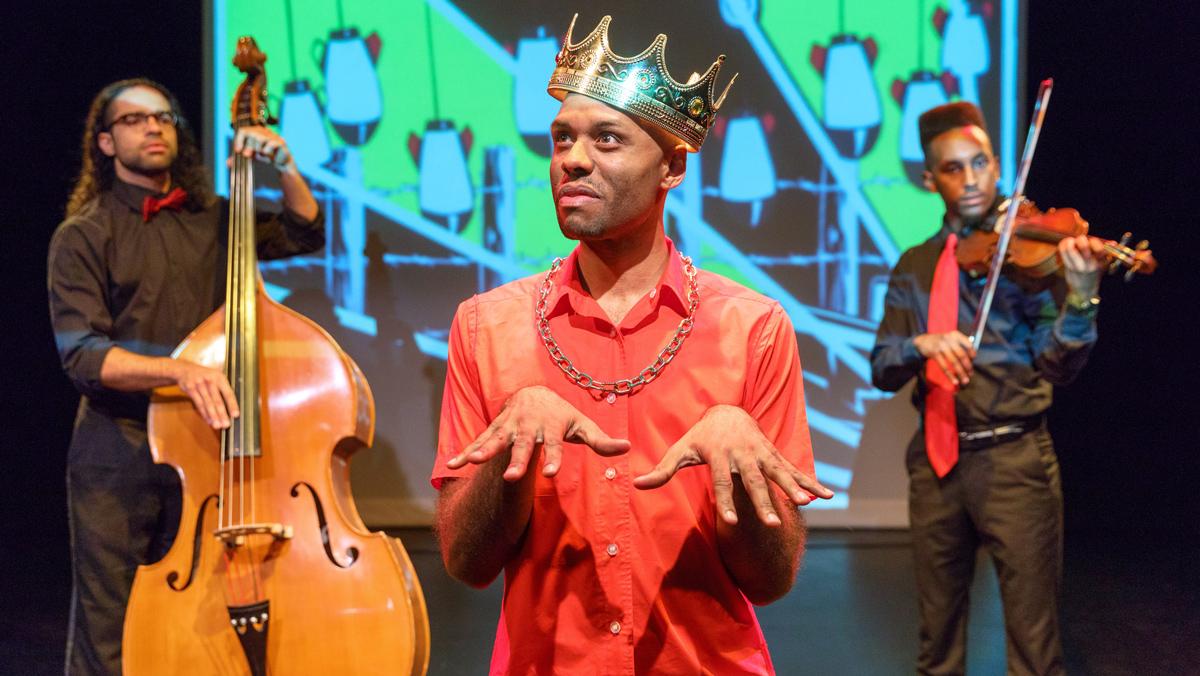 Three figures stand on a cramped stage, two musicians doubling as human soundboards and a lone performer playing the roles of over half a dozen characters. “Death Boogie” is composed of spoken word, dance, live music and video clips — a conglomeration of multimedia experiences.

The Kitchen Theatre Company is showing the hip–hop musical — written, performed, composed and created by actor and poet Darian Dauchan — from Nov. 15 to Dec 4. The show follows Victor Spartan and his struggle against an oppressive empire. Spartan is a blue–collar worker, an average citizen who stumbles through life until he hears the call of revolution. Told from multiple perspectives, “Death Boogie” focuses on the meaning of courage and sacrifice in times of hardship.

In addition to attending standard performances, audience members will be able to participate in limited special engagements. The events include discussions with the cast and crew, wine tastings and, on Nov. 30, a presentation titled The Aesthetics of Hip Hop History by Sean Eversley Bradwell, director of programs and outreach in the provost’s office at Ithaca College.

Dauchan wrote “Death Boogie” in 2011 as part of a residency program at New York Arts Live, a theater in New York City. He was given 100 hours to develop a project and with it, created a show that brought together his interests: his work with his band, The Mighty Third Rail, and a burgeoning interest in poetry. Dauchan said he wanted to create a concept album that doubled as a stage production. Once complete, he sought the advice of a personal friend and frequent collaborator, Jennifer McGrath.

McGrath, director of “Death Boogie,” has collaborated with Dauchan since the two were students at New York University in her sophomore year of college. By the time Dauchan approached her with “Death Boogie,” they had already worked together on numerous productions. McGrath said something about Death Boogie encouraged her to play a larger role in the creative process. She said she was struck by the blend of media styles the show brings together, which at times can be overwhelming, but which ultimately rewards the attentive viewer.

Desmond Bratton ’14 is one of two musicians performing on stage. Bratton, a bassist, is an active participant in the narrative not only by playing scripted and improvised music, but also by making sound effects. Bratton becomes a human soundboard, a role he describes as “text painting.” His voice is another instrument, adding the sounds of everything from splashing water to the pained cries of tortured prisoners to the show. 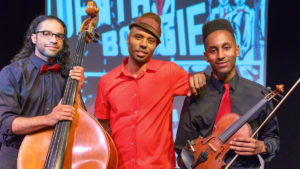 “It’s a juxtaposition of a groovy, funky music and a heavy subject matter,” Bratton said. “At different moments, we’re acting, as Darian put it, as the inner voice of the character.”

Bratton said the flexible, improvisational style encouraged experimentation and collaboration. Bratton is not only working with Dauchan or McGrath, but with the musicians who worked on the show previously.

“It’s been running through the material and listening to the recordings of previous performances and then tweaking our interpretation of it,” Bratton said. “A lot of it is improvised … we’re being guided by the director and by Darian exactly how to shape things, because that’s what the storyline needs,” he said. “And then to also focus on the content of the story and accentuate it in our own improvisatory way … they’re insistent on us bringing our own musical vibe to the piece.”

Dauchan said the play’s message is universal in the wake of the current political climate. What was originally written with tongue-in-cheek humor, Dauchan said, became an unfortunate reality.

“The piece is a political satire, but some things won’t be as funny anymore — they hit closer to home,” he said.

Despite the overt, negative themes present in “Death Boogie,” Dauchan wants the performance to enlighten. He said he describes the show as “edu-tainment”: an experience that will motivate the viewer to take action, to have the courage to stand up for their beliefs.

“I don’t want the audience to leave depressed. … It’s about rising from the ashes — it’s about uplifting,” he said.

Performing Arts One on One: Scenic Designer Katie McGeorge