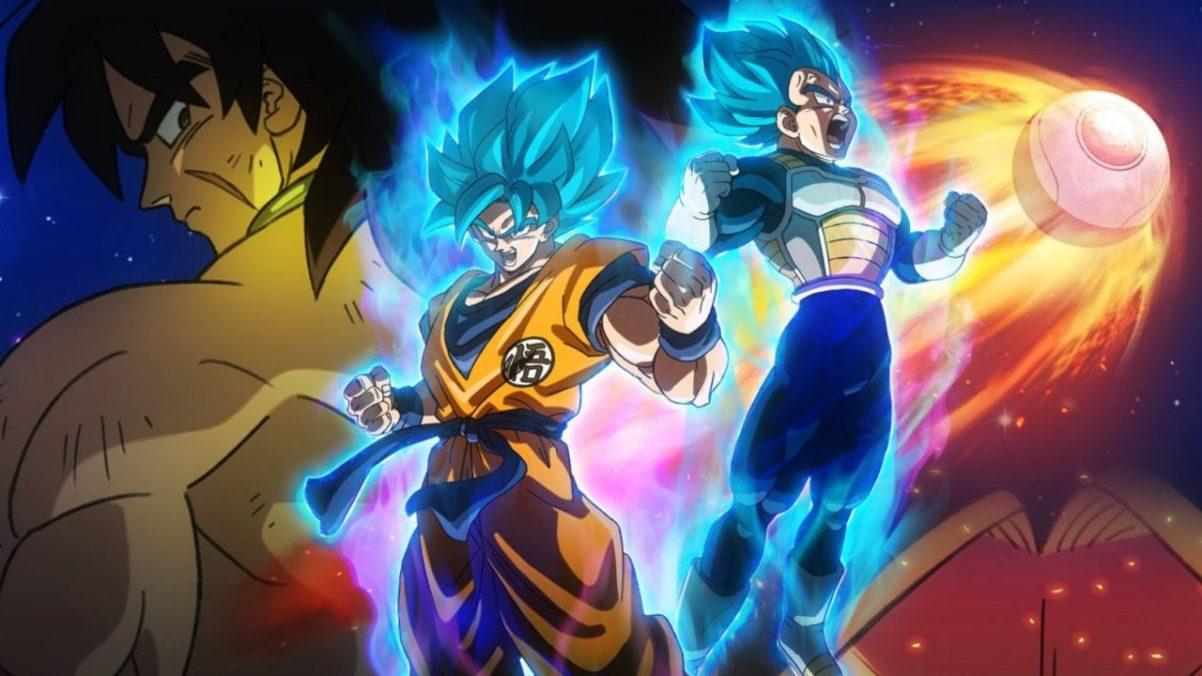 Kame-hame-ha! Galick Gun! Final Flash! “Dragon Ball” has finally returned. But this time, it’s bigger and better than ever as “Dragon Ball Super: Broly” becomes the latest film in the “Dragon Ball” franchise to light up the big screen.

This new film picks up after the television show “Dragon Ball Super” and seeks to not only continue the “Dragon Ball” franchise but to be the best it has to offer. Akira Toriyama, “Dragon Ball” writer and creator, penned the script of this film and brought Broly into the main “Dragon Ball” canon. Unlike the majority of “Dragon Ball,” this film doesn’t include the usual ensemble of characters, instead, it focuses almost entirely on Goku and Vegeta as they encounter a new threat.

Broly, one of the last surviving Saiyans following Planet Vegeta’s destruction, presents himself to the evil Lord Frieza and tells him that he is seeking revenge against Prince Vegeta because his father, King Vegeta, banished Broly from Planet Vegeta when he was a newborn. Frieza takes advantage of Broly’s bloodthirst and leads him to Earth, where he can finally exact his revenge.

This scene is not an entry point for someone who is new to “Dragon Ball,” and it does not fill the viewer in on the hundreds of hours of content that lead up to this point. This film contains some of the best action in the franchise and cements itself as a must watch for any “Dragon Ball” fan that wants to awaken their fighting spirit.

At 63 years old, Toriyama has been writing stories about Goku and his journeys for just over 33 years. It’s no secret that writing a weekly, serial manga like “Dragon Ball” for such a long time has taken an immense toll on Toriyama. Because of this, Toriyama took a back seat during the production of the television show “Dragon Ball Super,” which means there are many times in the show where his expertise is missed. This is seen, primarily, in the show’s lack of comedic charm and in Goku’s extreme lack of intelligence. Unlike the television show, Toriyama’s fingerprints are all over this film, making it feel wholesome and familiar. “Dragon Ball Super: Broly” is riddled with charming comedy and welcomed homages to the early days of “Dragon Ball Z,” with the appearances of old characters and fighting techniques like the Ginyu Force and the Fusion Dance. The iconic main character, Goku, is known for his lack of intelligence, but Toriyama is the only person who knows how to make Goku’s silliness charming instead of annoying. For the first time in a while, Goku feels like Goku again.

This film has great flashbacks that enrich the lore of “Dragon Ball” and enhance the film’s story overall. Sadly, the film often fails to feel like it reaches a climax. The final battle feels rushed because of the excessive amount of time the movie took to set up the initial conflict. This lack of finality makes the film feel more like a fun adventure rather than an end-all-be-all epic. That being said, it’s a really fun adventure. There is more than enough in the film to set up an exciting future with Broly, Goku, Vegeta and friends. That prospect is unexpected considering the previous “Dragon Ball” films were either non-canon adventures or seemingly unrelated adventures which felt rather inconsequential in the greater story.

“Dragon Ball Super: Broly” has brilliant storytelling elements but occasionally falters. At points, it feels rushed, but the animation is the best the franchise has to offer. The action in this film not only rivals, but surpasses, everything else in the franchise.

The expensive frame-by-frame animation style known as “sakuga” is typically reserved for brief moments, like Goku’s clash with Beerus in “Dragon Ball Z: Battle of Gods,” but this film is packed full of it, spoiling the audience with exhilarating action. Typically, every second of sakuga should be savored, so when a nearly half–hour-long sequence of it arises, it is not only noticeable, it is game–changing. It is even more impressive knowing that director Tatsuya Nagamine has never done a “Dragon Ball” film before. His visual style and ability to command space creates a visceral and thrilling experience in the theater.

This is the best film in the “Dragon Ball” franchise, which is no easy task when competing with other films like “Dragon Ball Z: Battle of Gods.” Toriyama’s writing expertise is on full display, and his love for new and returning characters is more apparent than ever. The film may struggle since it rushes the main conflict, but it recovers by promising an exciting future for the franchise. This is a film that offers the most exciting action in the franchise and delivers character moments that will make any fan smile from ear to ear. “Dragon Ball Super: Broly” will awaken the fighting spirit in fans who’ve been with the franchise since 1984, but it will also inspire brand new fans to look within themselves and push beyond their limits.