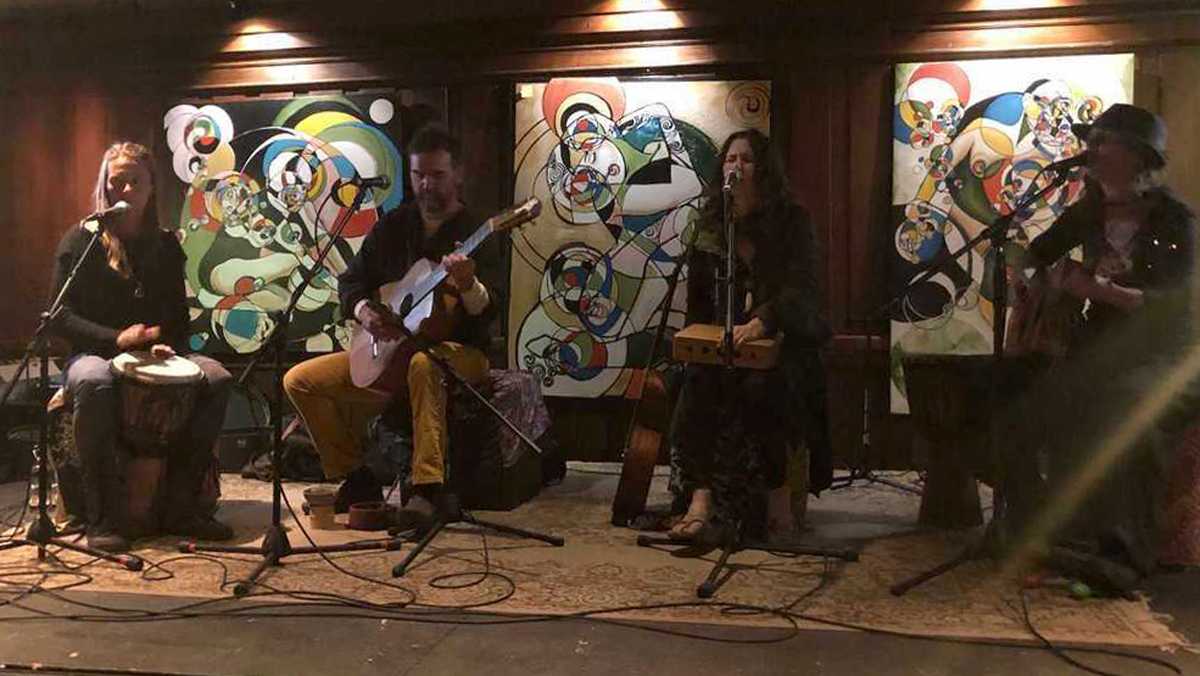 Musicians sang newly written songs of social distancing, mask–wearing and vaccines to a small audience at the Sacred Root Kava Lounge & Tea Bar — or as Ithaca’s residents call it, “Kava,” — on a Friday night in April.

An atmospheric, underground performance venue a block from The Commons, Kava was already a valued social space before the pandemic. Its walls are decorated with local art, and its air carries the sound of moody, spiritual music, giving the place an idiosyncratic but welcoming personality. As Ithaca defrosts and heads into a summer of vaccinations and reopenings, Kava is giving artists an audience for the first time in over a year.

Paul Galgoczy, the manager of Kava and the AV production services manager at Ithaca College, said that in March 2020, when all bars, diners and live music venues in New York were forced to close, Kava followed suit. In mid-September 2020, after six months of closure, the bar reopened to limited outdoor service. On April 2, Gov. Andrew Cuomo lifted restrictions on live audiences of under 100, allowing Kava to host audiences for live music.

“The live events have always been one thing that draws large crowds of people here,” Galgoczy said. “By working collaboratively with artists to help them facilitate their vision, it also helps us. That’s kind of the business model.”

Unlike traditional bars, Kava does not serve customers alcohol. Instead, it offers bowls of a drink called kava, which is made from an extract from Piper methysticum — a crop native to the western Pacific Islands. With an earthy aftertaste and a calming effect on the body, kava is a popular social drink in the South Pacific. Additionally, the bar offers a large menu of teas and vegan desserts.

“You don’t have to have a lot of money to come in here and have a cup of tea and sit down and be at equal with others in this space, and that is a necessary part of our culture,” Galgoczy said.

Johnny Driscoll and Devon Buckley, two musicians who met during the pandemic, first performed together at Kava on April 3, a day after Cuomo lifted restrictions on live music. During the pandemic, they formed the two-person band Prismism and released their six-track album “REZONANCE” in July 2020. With live performances being canceled for such a long time, Buckley and Driscoll spent much of the pandemic recording themselves performing from home and posting it online. Prismism will be performing at Kava again May 8 from 6 to 10 p.m.

“It feels like there is a lot of energy in the room,” Driscoll said. “People are really excited to be able to dial back into that part of their lives that has been taken away — not only music, but all the performing arts and movies and plays and all that cultural side of our society has been on hold for the past year. So it feels like it’s really important for artists to be able to go back and have a presence in public and in social environments again.”

On April 10, Driscoll and Buckley performed alongside local artists Eliana Maharani and Aria Dawn Tephereth. The four of them formed the performing group Songweavers to share new music and get other musicians involved in performing at Kava.

Buckley said Kava is a valuable place for getting performers back on stage. She also said that because Kava doesn’t serve alcohol, it is easier for performers to connect with the audience.

“It’s health and wellness and music and connection,” Buckley said. “I’m grateful that we could be on stage and usher in people gaining the courage to get back onstage. That’s kind of what this night is about too, is trying to bring other artists up to express themselves once we get established a bit more.”

Wallace Petruziello, a sophomore on a gap year, is a musician who was scheduled to perform at Kava last year before the pandemic canceled his show. Petruziello said that being able to perform at places like Kava is important for musicians who are getting their start.

“I think that it’s really the most desirable kind of gig you can have as a starting musician or artist,” Petruziello said. “Ithaca audiences in general tend to be very supportive, and it’s a very self-contained, self-invested scene.”

Junior Madison Carroll, the lead singer for the Ithaca College band Quail, performed at Kava before the pandemic. She said she is excited that live music is reopening and hopes to perform at Kava again in the future. Carroll said that because the stage is level to the floor, musicians are able to dance with the audience, making for a more intimate experience.

“Kava is incredibly special,” Carroll said via email. “It always provides us with the good vibes we need for live shows. I am personally appreciative of the intimacy of Kava. Being able to dance and sing alongside friends and fans is simply the best feeling. I miss it!”