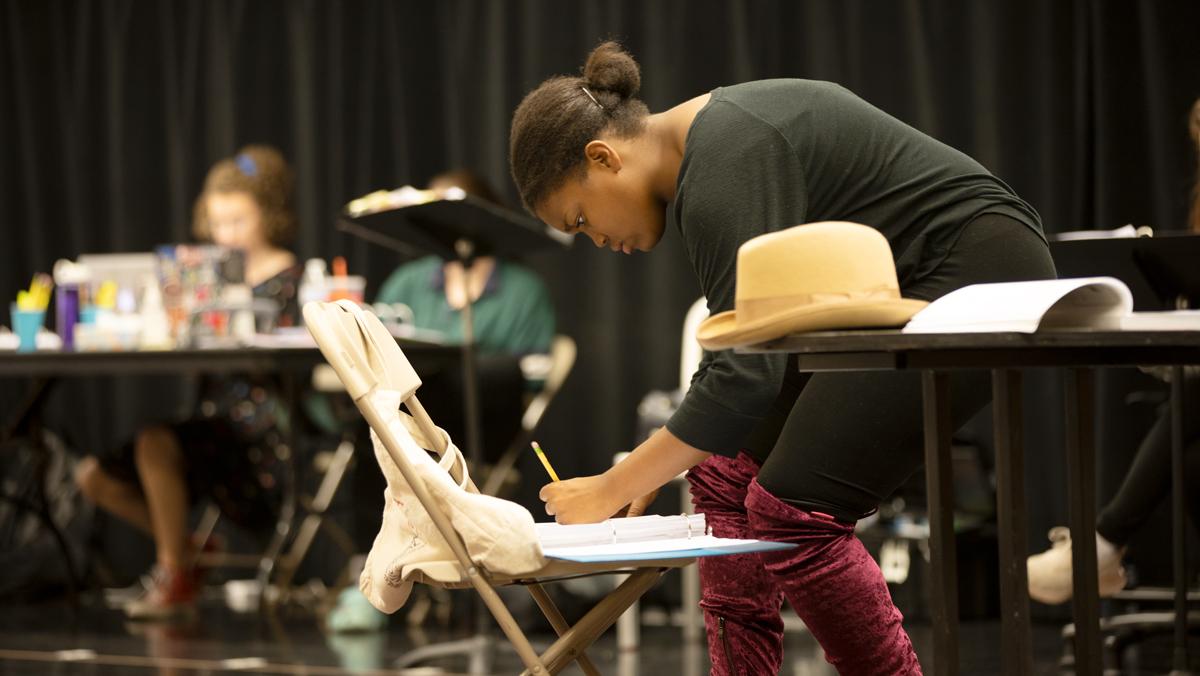 The first production of the season is “Everybody.” Written by Branden Jacobs-Jenkins, “Everybody” is a modern adaptation of the 15th-century play “Everyman.” “Everyman” explores the process of achieving religious salvation, while “Everybody” takes on the same concept but applies it to a contemporary audience. The play, which was a Pulitzer Prize finalist in 2018, will be directed at the college by Cynthia Henderson, associate professor in the Department of Theatre Arts.

“At its core, this play is about the transition from life to death and this idea that death can be a metaphor for life,” Henderson said. “I’d like to allow the audience to experience what it means to die, or, rather, to release oneself from what we think is important and exit the theater with a renewed sense of what life can be.”

One of the most distinctive features of the show is that the characters don’t have assigned genders. The characters are also abstract concepts rather than people, like Kinship, Love, Time, Child and Cousin. Henderson said it is important to focus on these concepts because human beings are made of these concepts.

“I’m hoping people will hear [the message] on the being level and be inspired to walk out of the theater and live their best life — a life with integrity so they have no regrets when they go on their own death journey,” Henderson said.

“Everybody” opens Oct. 1 and runs until Oct. 12 in the Clark Theatre.

Set in the late 1970s, “Sister Act” follows showgirl Deloris Van Cartier after she witnesses a murder and is placed in a convent through the witness protection program.

The score is also as comedic and interesting as the story, featuring vocal groups like The Supremes and The Shirelles.

“Even though it can be really silly and fun and all of those things, in the end, it’s … about finding that we are all very different, but there is still commonality there,” Rials said.

“Sister Act” opens Oct. 29 and runs until Nov. 9 in the Hoerner Theatre.

The third production of the season is “Hedda Gabler.” Exploring themes of love, manipulation and what it takes to find happiness, it is a show with a complicated but strong female lead. An old story from the turn of the century that is still relevant now, “Hedda Gabler” will come to the stage under the direction of Austin Jones, assistant professor in the Department of Theatre Arts.

“The play is a raucous ride in two days of this small little group of people’s world,” Jones said. “What we’re hoping to do is take this historical–period play and bring it to a contemporary setting.”

The plot revolves around a newly married woman in a domestic setting, struggling to find freedom and relief from her boredom. Although it takes place in a span of just two days, “Hedda Gabler” has a lot packed into it.

“There’s a love triangle. There’s some power plays. There is gunfire. … It explores things like bullying and harassment,” Jones said. “It’s a powerful play, and I hope that we can do it justice and tell the story so it still resonates.”

“The Antigone Project: A Play in 5 Parts”

“The Antigone Project” rounds out the season. “The Antigone Project” was written by a team of five female award-winning playwrights: Tanya Barfield, Karen Hartman, Chiori Miyagawa, Lynn Nottage and Caridad Svich. Another story involving a resilient female lead, this reimagining of Sophocles’ tragedy will be directed by Susannah Berryman, associate professor in the Department of Theatre Arts.

“The Antigone Project” places the protagonist from the famous Sophocles tragedy in five different settings. Antigone — who occasionally is renamed Antionette — spends time on a beach, in the midst of World War I, in the underworld of Hades, on a vacant road, in a caverned rock and in a modern African village. She has the same goal in each setting: to bury her dead brother. “The Antigone Project” explores gender roles and what happens when they are confronted and challenged.

“The Antigone Project” opens Dec. 3 and runs until Dec. 8 in the Clark Theatre.