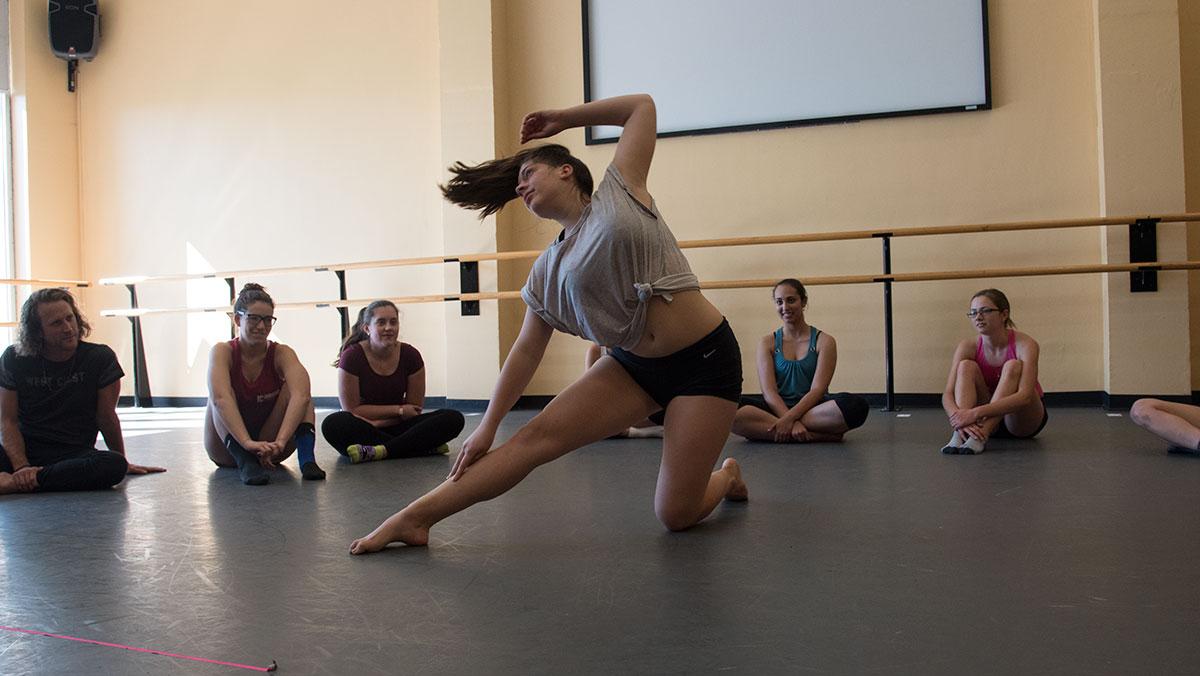 Brennan Gerard and Ryan Kelly are award-winning artists who create interactive, dance-inspired pieces. Through their movements, they convey abstract themes through simple actions, such as using a couple kissing to express the complexity of gender roles. Their exhibits have appeared in the Solomon R. Guggenheim Museum and the New Museum in New York City.

On Sept. 16 and 17, Gerard and Kelly were in residence at Ithaca College, working with students in a dance workshop and talking about their style of art. Their newest installation, “Reusable Parts/Endless Love,” which will be presented at 3 p.m. Sept. 17 in the Dillingham Center, is an improvisational dance show that features audio-based storytelling with unusual movements and sounds.

Jim Self, a dancer, choreographer and teacher who worked with nonprofit group New York State DanceForce; assistant professor Lindsay Gilmour; and associate professor Norm Johnson brought Gerard and Kelly to the college and said the duo are some of the first people to introduce this alternative style of performance.

“Gerard and Kelly are pioneers in their field for movement installations,” he said. “Their content is interesting. They use simple vocabulary. It’s improv as well as minimalist. There are only slight changes in their form.”

He said the Sept. 17 performance is a score-based installation for a rotating cast of four dancers, showcasing some of Gerard and Kelly’s award-winning abilities. The duo targets serious issues like gender roles, equality and sexuality, Self said.

“The male actor often speaks the female narrative,” Self said. “It’s a discreet way to define gender roles and sexuality.”

Gerard and Kelly are one of 18 groups in the country that have been awarded the National Dance Project grant by the New England Foundation for the Arts to support their alternative projects and touring, Self said. Their visit to the college was funded by a grant from DanceForce and is part of a three-movement set titled “Figures in the Field,” which is being organized by Self. He said he wanted to provide people with the opportunity to see modern dance.
“The more you invest in watching, the more interested you become,” he said.