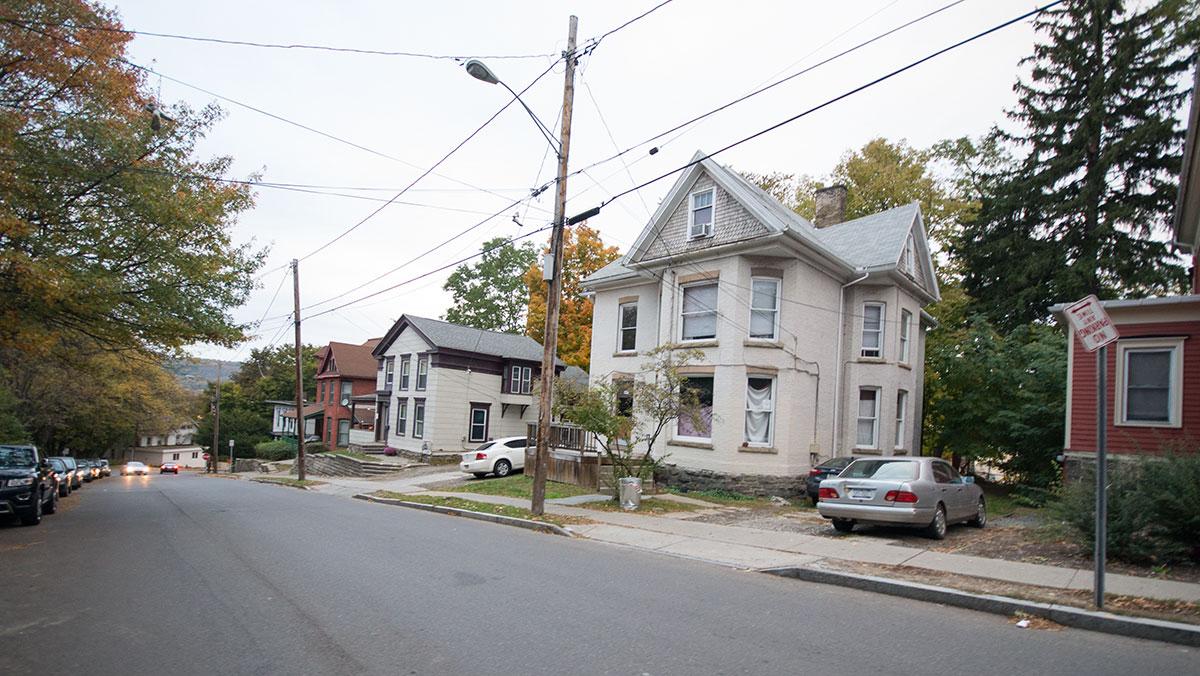 Though fall semester is only halfway over, many Ithaca College students will soon be looking ahead to next year. For those interested in off-campus housing for the 2016–17 school year, now is the time to start making decisions.

The majority of the college’s off-campus students live on South Hill. Some of the most common areas are on Coddington Road, Kendall and Pennsylvania avenues, along and off of Hudson Street and the Solar Apartments just past the Circle Apartments on Route 96B.

Bonnie Prunty, director of Residential Life and Judicial Affairs, said the number of students the college allows to live off campus varies from year to year based on the size of the incoming class. In some years with a smaller incoming class, more students apply than can be allowed to live off campus. In some years with larger incoming classes, not enough rising juniors have shown interest in leaving campus, giving rising sophomores the opportunity to apply in a second round of registrations, Prunty said.

“This year we just had a big incoming class, so we already know we are going to release some more students off campus this year,” Prunty said. “We are looking at running the process initially jointly, so both rising juniors and sophomores will be able to apply.”

Prunty said priority will still be given to rising juniors, but instead of needing to run a second process, Residential Life will simply move on to the sophomores’ applications if there is still space available after accommodating all interested juniors.

According to the college’s off-campus application guidelines, students who are released to live off campus forfeit their ability to register for on-campus housing for the following semesters. Prunty said students should consider all of their options before making this choice. Additionally, she said it is important to be approved to live off campus before signing a lease or making any kind of agreement with a landlord.

Prunty said most students who move off campus do so because they believe it is more cost effective than the college’s comparable on-campus options. However, she also stressed that it is important to take into account costs other than rent alone, like transportation, trash pickup, cable, wireless Internet and utilities expenses.

“I think sometimes students are very surprised and disappointed by some of the costs that they didn’t anticipate related to living off campus,” she said. “They didn’t realize how much the utilities were going to be. They didn’t think about the fact that they were going to pay for their Internet service. They didn’t think about the time cost of taking the bus or the extra time that takes. Usually they’ve done the best that they can with their research, but it’s hard to know exactly what the costs will be until you’re living somewhere.”

Senior Danica Kelley, who has lived in an apartment directly across from the east entrance to campus since her junior year, said living off campus is far less expensive than living in on-campus apartments, even with the additional costs that are not totaled in the lump sum of rent.

“When I first moved, my apartment was $500 per month, and Gardens is like $900 per month if you do the math,” Kelley said. “Even with utilities, it’s so much cheaper.”

Senior Allison Robinson, who lives in an apartment on Kendall Avenue, agreed that living off campus is cheaper. She pays less than $600 a month for her apartment and said she made an arrangement with her landlord to pay larger lump sums at the beginnings of both semesters.

“The landlords around here are really used to working with college kids,” she said. “Definitely all along Kendall and Penn is mostly college students. It’s close enough to campus that it’s easy to walk if you have to, and I have friends who live nearby who I can carpool with, too.”

Robinson found her apartment through her friends. Prunty said this is one of the most common ways for students to find housing off campus. She added that while the college used to provide a listing service until four or five years ago, it was taken down because it was difficult to keep the site updated once properties were no longer available. Now the college does not offer any specific suggestions of where to begin searching for off-campus housing. By comparison, Cornell University has an Off-Campus Living department to help its students find landlords and living areas. About 49 percent of Cornell undergraduates live off campus.

Senior Amanda Lee, a resident of CityView Apartments on Prospect Street, agreed that the process of searching for off-campus housing was slightly stressful, but not to the point where the college needs to step in.

“Guidance would have been helpful, but it wasn’t too difficult,” Lee said. “It was kind of a scramble because everyone is looking at the same time, and they’re all looking for similar things. But it’s been working so far, so I think it’s really fine the way it is.”

Kelley also said during her initial housing search she felt desperate for a place to live and picked the cheapest and easiest place she could find. Prunty said this is not uncommon among students, who often begin by looking at properties closest to campus then working their way outward. Robinson said if she had not known anyone with connections, she would have had no idea where to start looking.

“I think it does make it kind of difficult that there’s no general direction that you’re supposed to go,” she said. “If I didn’t have my friends who already lived off campus, I don’t know where I would have started.”

Prunty said students should also consider the benefits provided by the college that they will no longer have access to once they leave campus — for better or for worse.

“Students feel like they want a living experience where they aren’t living under the Ithaca College rules and regulations,” she said. “But I think the other thing students don’t think about until they’re living off campus and they’re having a problem is the support that’s offered on campus in terms of a residence life staff to help you if you have issues. There are a lot of amenities built into your living rates that students sometimes don’t realize they have.”

Robinson and Kelley agreed that the extra freedom and independence associated with living off campus was the biggest positive and one of the biggest negatives of the off-campus experience. Robinson said students should definitely consider all their options before settling on a housing option.

“Students don’t really know the options, and it’s hard to figure it all out on their own,” she said. “They should ask someone who does live off campus if they have any questions about it, and they should definitely look around more. We found our place pretty fast, but I feel like some kids might jump at the first thing they see just because they want to get off campus, get that independence and have something set in stone. It’s better to look at all your options first and figure out what’s best for you.”