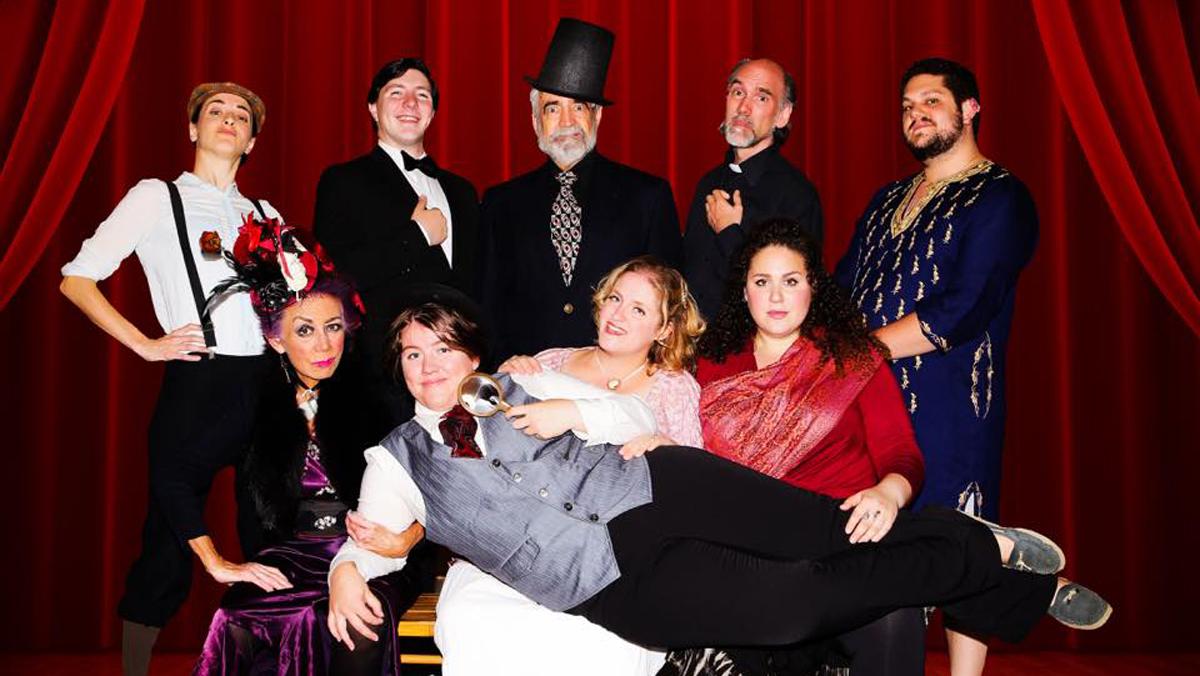 Courtesy of the Hangar Theatre
"The Mystery of Edwin Drood" will be performed at the Hanger Theatre from Sept. 15–17. The play is based off of an unfinished Charles Dickens novel, and features 28 Ithaca college students and alumni. Audiences are used to complete one of several different outcomes for the play's ending.
By Noa Covell — Contributing Writer
Published: September 12, 2017

The company used to focus on smaller operas under the name Cornell Savoyards but is shifting its focus and branching out to allow local performers to get involved with a different style of theater. The cast and crew of 50 — 28 of which are Ithaca College students or alumni — have been preparing for months to bring the script to life on stage.

The play was adapted from Charles Dickens’s last, unfinished novel, written in 1870. The storyline follows the mysterious murder of Edwin Drood, but because the novel was left incomplete, the murderer is never revealed.

Rupert Holmes’s award-winning musical rendition of Dickens novel allows the audience to participate alongside the actors in the whodunit-style production to finally solve the novel’s cliffhanger and expose the murderer.

Junior Carin Estey, the assistant director, said the plotline is unlike any other. The audience is asked to directly participate in the show by voting on who they think the culprit is. They vote by raising their hands, by the intensity of their applause and by vocalizing their opinions. The audience is used to complete only one of many possible outcomes that alter the course of the show. However, with each new night bringing in a new audience, there will be a different outcome at the end of each performance.

“Throughout the show, even before the ending, the audience has a chance to interact with the actors,” Estey said. “If you come see the show you might be spoken to at any given point. Someone might even sit on your lap or they might single you out and ask you a question!”

Estey encourages people to see this show, which she said represents all walks of life and supports diversity within the cast and crew.

Gabriella Carr ‘14 is the director of “The Mystery of Edwin Drood.” She said that something beautiful about this show, in addition to the audience immersion, is its characteristic of shameless self–expression.

“I think the expression of gender identity and sexuality and the expression of queer and non-normative lifestyle is a big factor in this show,” Carr said. “Now you don’t have to go hide in a dingy theater in the middle of the night. This is something you can do … you can be proud of your identity day-to-day.”

Carr said their production will follow Holmes’s original intent by featuring queer characters, having women playing men’s roles and vice versa, and incorporating a musical number devoted to forbidden love between two men. She said this aspect is distinct because at the time the play was written in 1985, anything outside of the norm wasn’t validated or respected by society.

Over the last months of rehearsals, Carr said that she was moved to tears over how well the play has turned out.

“I always cry as a director when it comes together,” Carr said. “Like, when you have that moment when you say, ‘We actually have a show, it’s ready for someone to see it.’ I always cry. It’s like having a baby. It’s in your head and you’re just … dreaming about it and you’re like ‘Hopefully this will all work out.’”

Junior Nicole Cronin is the music director for vocals for the show. Cronin said she has really enjoyed working with everyone involved in the production, where ages spanned from 16 to 74. She said she felt accepted by everyone even when she was the youngest in the room.

“It’s a great group, a great atmosphere,” Cronin said. “I felt included and welcomed by everyone and really felt like part of the family.”

After spending five days out of the week with the members of this production, Cronin said the memories she has experienced with them during rehearsals are ones of which she is extremely fond. She hopes that when the public sees it later this month it will give them the amount of joy it gave her.

“I would say it’s also gratifying just to see the amount of work and dedication that everyone has put into making all this happen,” she said. “It’s just the best feeling in the world.”

Minita Gandhi adapts her experiences for the stage

Review: ‘Next to Normal’ brings psychological drama to Hangar Theatre