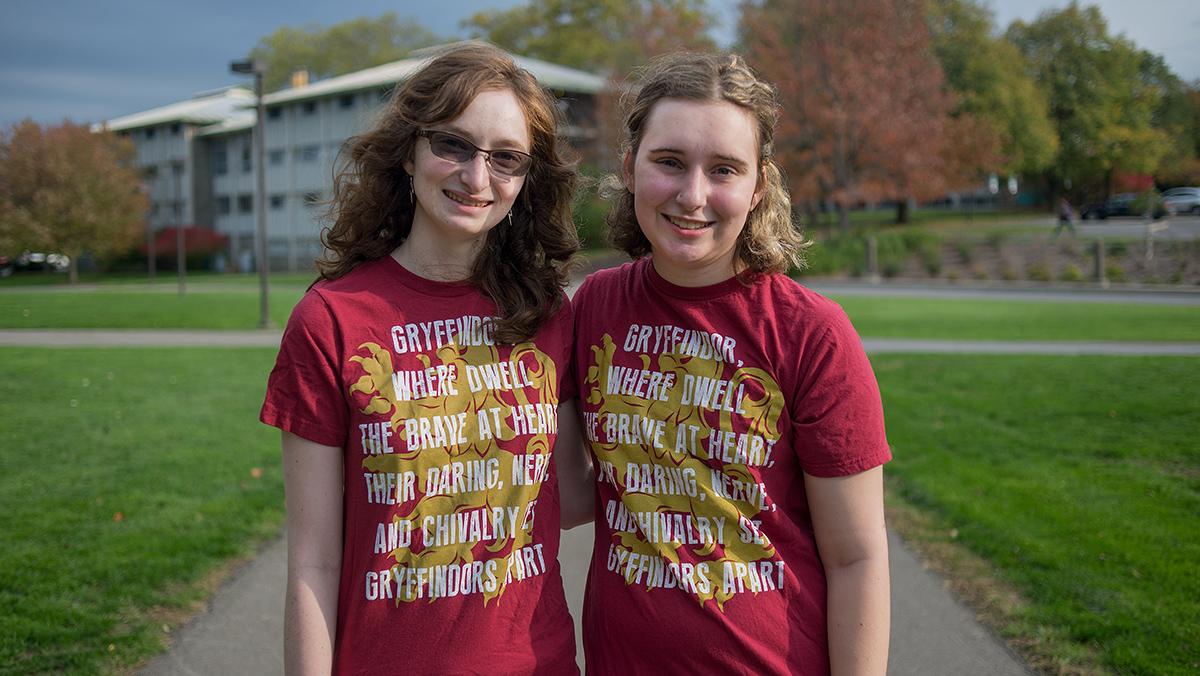 “Harry Potter” holds a special place in the hearts of many, especially those who grew up reading the books as children. Despite the popularity of the Wizarding Weekend, held the last two years, two Ithaca College students found there wasn’t an easy way to meet and discuss the series with other devoted fans.

IC’s Dumbledore’s Army is a club that sophomores Christine McKinnie and Amy Jacobson created in mid-September to meet other fans of the series. Jacobson and McKinnie said there had been a “Harry Potter” club in the past called IC Nerdfighters, but it doesn’t exist anymore.

“I showed up to two meetings, and no one else showed up,” Jacobson said. “So after we didn’t see them at the org fair this year, we were like, ‘Screw it, we’ll start our own.’”

McKinnie said her passion for “Harry Potter” developed at a young age, when her brother gave her the first book in the series and told her she had to read it. In fourth grade, McKinnie did an author study of J.K. Rowling, which she said strengthened her enthusiasm for the series.

“I wrote to J.K. Rowling an actual, physical letter, and I got a response, and that fueled my love for her,” she said. “I always wanted to be like her. I want to start my own nonprofit and be a writer.”

Jacobson said she also began reading the series when she was young and said they were the only books she really enjoyed.

“I’m not a big reader. They’re the only books I kind of liked,” she said. “It was also really big when ‘Twilight’ came out and I did not like ‘Twilight.’ I was the only girl in my grade who did not read ‘Twilight,’ so I was just like, ‘This is something different,’ and ran with it.”

Since the club became an official student organization over fall break, not many activities have been held so far. However, the club did screen a recording of “A Very Potter Musical” on Oct. 9, which is a play that parodies “Harry Potter” and mashes several novels into one. About 20–25 people showed up to the event.

“They make fun of Harry Potter in a fun way, like Harry slays a dragon by slaying guitar with it,” Jacobson said. “It’s like a fun thing, so we did that and had a pretty good turnout, all things considered.”

So far, the club has about 15–20 people who consistently show up to meetings, which are held at 9 p.m. Thursdays in Williams 202. Awareness of the club was spread through the various class Facebook pages, such as each class’s individual Facebook page and word of mouth.

Meetings usually consist of “Harry Potter” trivia or watching funny YouTube videos involving “Harry Potter.” Members of the club are sorted by which Hogwarts house they belong to, and the club plans on tallying points for each house for competitions such as trivia or costume contests. At the end of the semester, the house with the most points will receive some sort of prize, such as homemade cupcakes.

A big event the club, along with the college’s Quidditch team, is currently planning is the Yule Ball, which is a formal dance just like the one from the series. The club also attended the Wizarding Weekend held downtown as a group and volunteered to help set up before the event started.

McKinnie said a future goal for the club is to work with or receive recognition from the Harry Potter Alliance, a nationwide nonprofit that tackles social issues and is run by fans of “Harry Potter.”

“One of the things they do every year that we might try to do in the spring is called Accio Books, where people donate books, and they send them to places where they don’t traditionally have access to a lot of books,” McKinnie said.

Currently, McKinnie and Jacobson said their biggest goal is to have a club that can continue after they graduate. The club mainly consists of freshmen, and Jacobson said enthusiasm seems to be strong among current members.

Freshman David Blitzman, a self-proclaimed Slytherin, dominated the “Harry Potter” trivia during the meeting held Oct. 20, knowing the answer to just about every question. Blitzman said his interest in “Harry Potter” came from exposure to the books at a young age and that he had always hoped to join a club of people who felt the same way.

“I like the camaraderie of us being nerds and knowing when we’re talking about a certain character — we’ve all read the books and know and understand every aspect of that character,” Blitzman said.