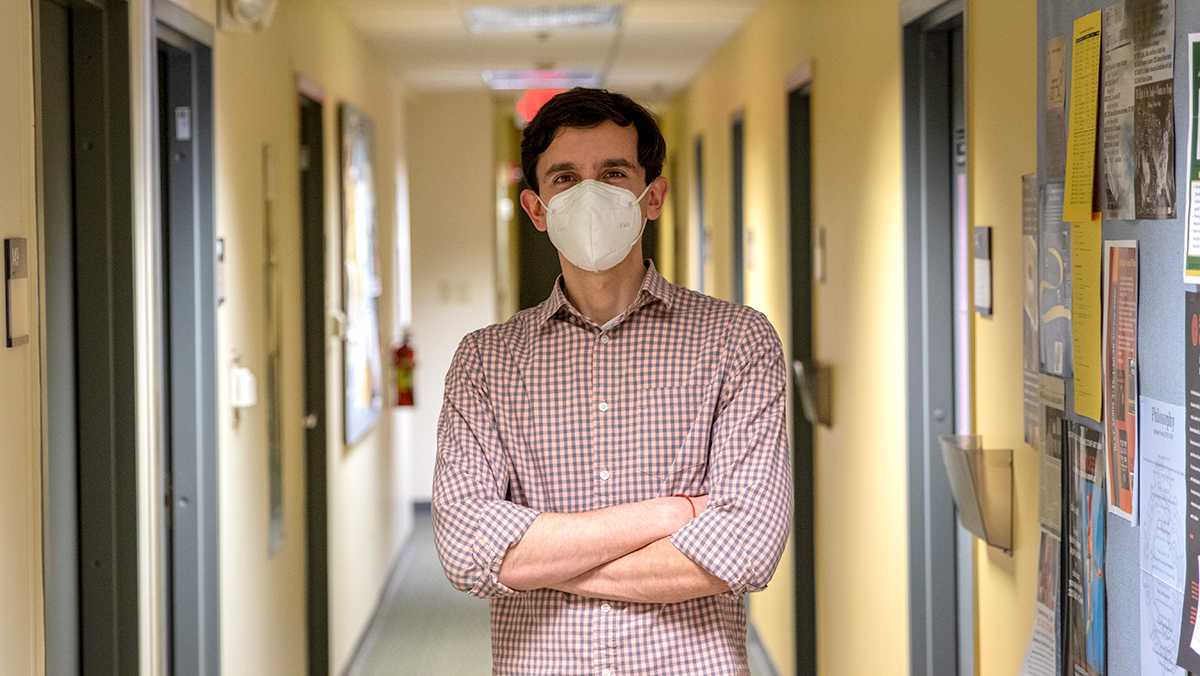 Housing the North American Seat of the Personal Monastery of His Holiness the Dalai Lama, Ithaca’s South Hill is no stranger to Buddhism. Also located on South Hill, Ithaca College has introduced a new course, titled ‘Seeking the Buddha’ in an effort to educate its students about Buddhism.

The class is currently offered on Tuesdays and Thursdays from 10:50 a.m. to 12:05 p.m. The course has been approved for the Integrative Core Curriculum (ICC) Diversity credit at the college. The class, taught by Eric Steinschneider, assistant professor in the Department of Philosophy and Religion, explores the historical evolution and lived experience of Buddhist religious traditions by studying how people have tried to search for, understand and discover the Buddha.

“[The class] remains an introduction to Buddhist traditions, from the ancient times right down to the present and around the world, both in Asia and also in the West,” Steinschneider said. “This idea of seeking the Buddha, it’s a sort of an active way of imagining what Buddhism is.”

Buddhism is one of the world’s largest religions, which originated about 2500 years ago in India and is currently practiced by approximately 500 million followers all over the world, according to the National Geographic Society.

Senior Thu Thu Hlaing, a practicing Buddhist, said she is looking forward to taking the class.

“I’ve never been able to properly learn a lot of the academic side of Buddhism, so, coming from the practicing side, I’m really eager to learn more,” Hlaing said.

Steinschneider said this class is an opportunity for students to get an insight into Buddhism and its presence in Asia. He also said the class will look at Buddhism as both a philosophy and a religion. While religion is based on beliefs that pertain to the supernatural, philosophy discusses the moral truths about humanity and causes humanity to launch a quest into understanding the truth of the world.

The religious studies major offers students the opportunity to cultivate critical reading, writing and thinking skills, according to the Department of Philosophy and Religion.

Faculty members in the Department of Philosophy and Religion have introduced new courses and restructured many existing courses, like the Seeking the Buddha course, which was previously called Introduction to Buddhism.

Junior Chloe Gibson, majoring in documentary studies and religious studies at the college, said the class also talked about establishing the definition of the word religion as a whole. She said that the class discussed the idea of religion being a Western academic study that is on the terms of people in Western academia.

“We started by acknowledging that religion itself isn’t really a term that other people would associate what we would consider their religious practices with,” Gibson said. “Kind of framing the idea that Buddhism is not something that you are, but something that you say and do.”

Gibson also said the title “Seeking the Buddha” was in an effort to remind people that the course is not something that encompasses the entirety of Buddhism in itself.

“Adding the terminology ‘Seeking’ piques student interest,” Gibson said. “Finding the Buddha is something that not everyone who associates with or practices Buddhism necessarily achieves. It’s a common goal, but it would be naive to say it’s a goal for every buddhist.”

Sophomore Lisandra Espiritusanto is taking the class to fulfill her ICC credit. Espiritusanto originally picked up the course because it fit her schedule. Not knowing what to expect, she was surprised and intrigued by the course material and Steinschneider’s teaching style.

“[Steinschneider] was explaining in the beginning of the class that these ideals and we’ll be studying in class are things you can use in real life,” Espiritusanto said. “Those ideals can help you become a more adaptable and open-minded person.”

Steinschneider also said the class will not be a course in which students will study religious texts but rather a holistic view into Buddhism and Buddhist culture. Steinschneider says this will allow students to learn more about who they are.

“College students are at a time in their lives when they’re really asking themselves, ‘who am I?’” Steinschneider said. “You are figuring out who you are as a human being, and the interesting thing is that Buddhists have been thinking about this question, ‘who am I?,’ for over 2000 years.”