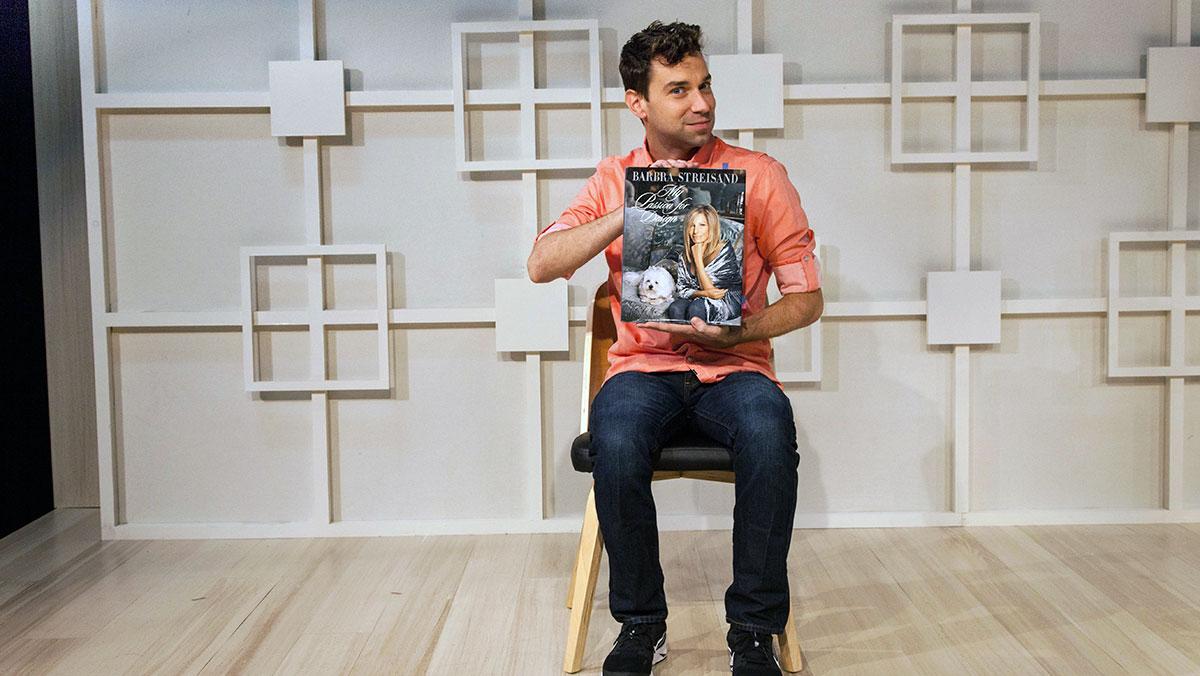 “Buyer and Cellar” starts with a lone performer on stage, sitting on a chair and staring right at the viewer. Addressing the audience directly, the man reveals himself to be an actor and explains that the following play is completely fictional and that “the premise is preposterous.”

However, the premise is rooted in fact. In 2010, Barbra Streisand published a book titled “My Passion for Design,” which, among other things, features several pictures of the underground replica mall Streisand had built in her basement. The mall features faux storefronts and a massive collection of items obtained by Streisand throughout the course of her life. “Buyer and Cellar” asks the question: What if somebody had to work down there?

Alex, an unemployed actor, unwittingly accepts a job to work in Streisand’s basement, where he waits all day for her to arrive. Karl Gregory, the sole actor, plays all the roles.

The play was directed by Wendy Dann, associate professor of theatre arts at Ithaca College, who said the play’s meaning goes beyond the obvious even though it’s a comedy.

“It seems like just a funny night at the theater, but upon further reflection I think you’ll find it has a big heart, it has something to say,” she said.

Dann has worked previously with the Kitchen Theatre Company and said she thought the play would be a great fit to that space. Even with her past experience, directing a one-man play wasn’t easy.

“How do you tell a story with just one body? That’s the biggest challenge,” she said. “But what’s great about it is that it takes us back to what I imagine is the origins of theater, where you have one person dancing around a campfire telling a story about hunting. There’s something very primal about it.”

The scenic and lighting designer, Steve TenEyck, associate professor and associate chair of the Department of Theatre Arts at the college, made lighting and set decisions to reflect Dann’s plan for Gregory’s movements. He said a big factor in the design choice of the play was to base the set and the acting around Alex rather than Streisand. He said he also wanted to avoid portraying Streisand’s basement on stage.

“The play goes in so many different places: You’re in Malibu, you’re in Alex’s apartment, you’re in Barbra’s yard. It goes to all these different locations that how does one portray all of those?” TenEyck said. “The play is pretty descriptive, so Wendy and I decided early on not to provide a lot of information with the scenery and the light.”

Indeed, the set looks more like Alex’s apartment than it does Streisand’s basement, which supposedly is like entering a dream. When Alex first arrives, he describes it like “Dorothy stepping from sepia to Technicolor.” TenEyck said he wanted this feeling to be imagined and felt by the audience instead of replicated on stage.

“We made decisions to make the set reflect Alex that could then transform in the mind’s eye to all the places he describes,” he said.

TenEyck also handled the lighting, which is the main way the sparse set transforms.

Both TenEyck and Dann stressed that the main focus of the play is the transformation of the character Alex, and that most of their decisions, whether lighting or directing, were made with that in mind. While the play seems like it’s just for laughs, it does have a message about friendship, standing up for one’s self and recognizing who in your life is really important.

“We wanted to follow Alex’s story of transforming from someone who does what he’s told, both at Disneyland and Barbra’s basement, to someone who really stands up for himself,” Dann said.