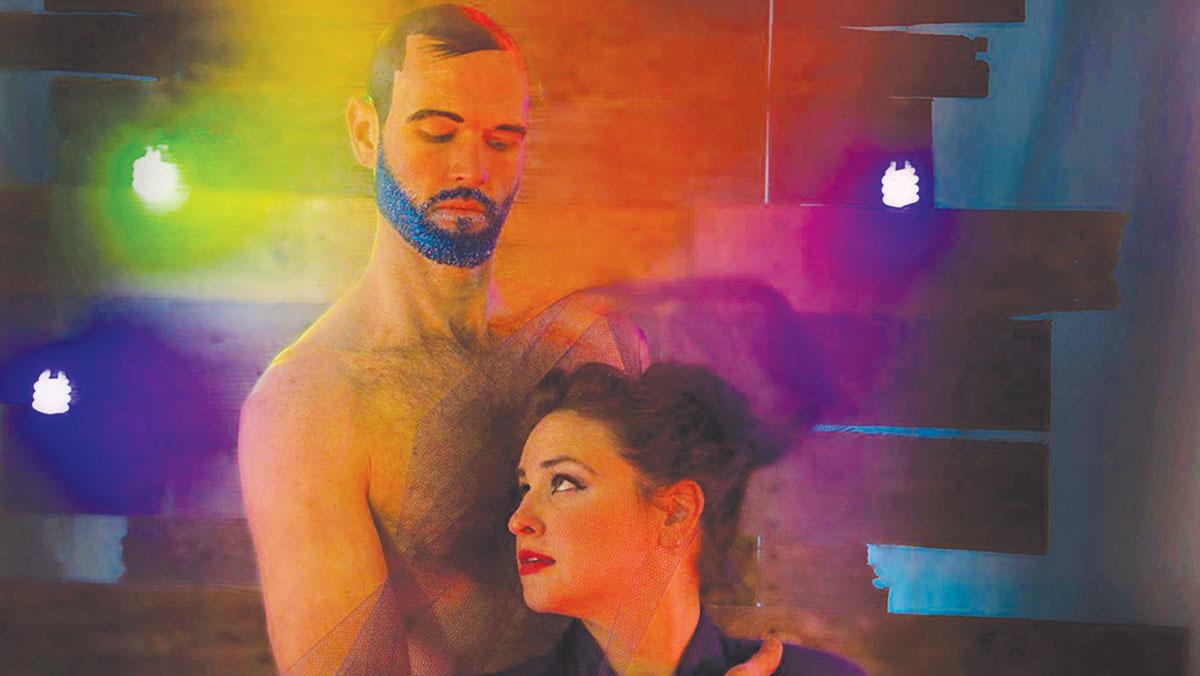 Ithaca is a hub of arts and culture, featuring music from around the world in a variety of media. Now, a long-missing element has been brought back to the town: a professional opera company.

Opera Ithaca is the first professional opera company in Ithaca since the closing of the Ithaca Opera roughly 15 years ago.

Craver said they hope to bring a more honest and relevant approach to opera, a change from classical opera, which the directors say they feel uses a lot of older traditions, and have a goal of reaching new and younger audiences while providing high-quality, nonstereotypical art.

The company produced its first opera, “Bluebeard’s Castle,” Oct. 18–19 at the Community School of Music and Arts, which brought in 160 audience members.

“Bluebeard’s Castle” is an opera written in 1911 by Hungarian composer Bela Bartok. The work depicts the folktale of the violent nobleman Bluebeard (James) and his wife, Judith (Megan Nielsen).

James called the selection of the opera a “beautiful accident.” He was working on the production independently until he met Craver. After collaborating and creating Opera Ithaca, the two decided to program the piece.

Rehearsals took place at the Ithaca Ballet Co., whom they collaborated with on the project, and at the Carol and Robert Stull Barn, a local studio that produces casual opera. Although this production took place at CSMA, Craver said they will stage their next production at a location that works well with the setting of the opera.

Craver said Opera Ithaca holds auditions for roles, as well as utilizing other professional singers the directors know who work well for specific characters. James said each production will have a different cast and director. The group will be holding auditions on Dec. 5 at the college, with the hope of attracting student talent for the rest of the 2014–15 season. The music school produces an opera each year, and Craver said they would like to give professional experience to students interested in the art form.

The company will be performing “Il Sogno” by Kristin Hevner Wyatt in March of 2015 and “The Juniper Tree” by Philip Glass and David Moran in December of 2015.

James said the group also utilizes staging and design to set them apart from stereotypical operas.

Tucker Davis was the choreographer, director and production designer. James said that Davis is a professional choreographer, and that he introduced Davis to opera when they began dating several years ago. He said Davis became interested in the art form and decided to work with the group when James decided to stage “Bluebeard’s Castle.”

Davis incorporated the directors’ ideas about challenging stereotypes into the production of “Bluebeard’s Castle.”

“I’ve tried to create a show with things you don’t expect to see in an opera,” he said.

Their production was staged in what Davis said was an imaginary-like world, a place not quite planet Earth.

The group said it hopes its presentation of opera will help audiences relate to the stories.

“What I would want an audience member to come away with is that they’ve been touched emotionally somehow by the theater that they’ve witnessed,” Craver said.

The directors agreed that it was difficult for the group to work in multiple spaces. However, James said their biggest challenge has been getting the word out about Opera Ithaca. Craver and James have utilized social media to help resolve this issue, creating an Opera Ithaca Twitter account and a Facebook event for “Bluebeard’s Castle.”

Despite the challenges, James and Craver said the positive feedback they received from their first production was extremely gratifying.

“We had a couple people say that this was the best thing they’d seen around here in a long time, which just blew me away,” James said.

Craver and James said they are continuing to plan for the future.

“I think our goal is to make sure there is a professional opera company in this town for a long-term basis,” James said.