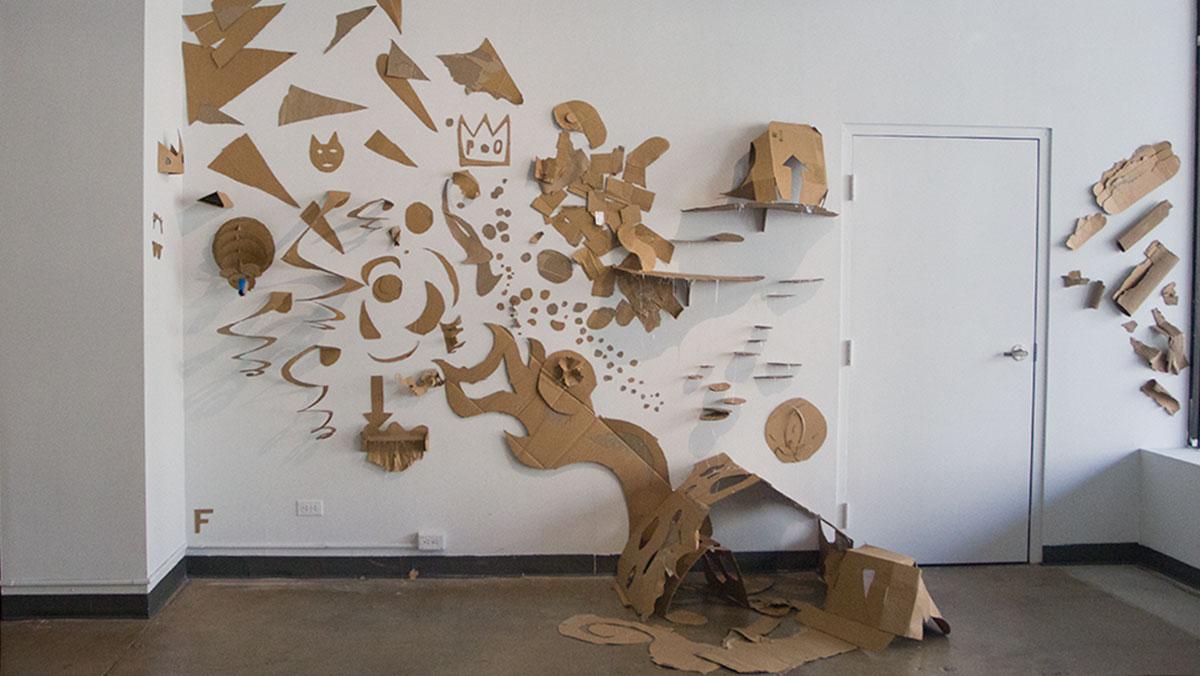 Savannah Hughes/The Ithacan
"Extrapolate" features photographs, paintings, drawings and more, and will be open until May 1.
By Tyla Pink — Staff Writer
Published: April 27, 2016

Ask a group of artists to produce work based on their personal connections with their surroundings and you get “Extrapolate,” the latest exhibit at the Creative Space Gallery on The Commons.

Each piece of work in the show is related to the artists’ personalities, how they interact with their environment and what places they find important. “Extrapolate” is an interpretation of landscape and environment from the perspective of 12 students. 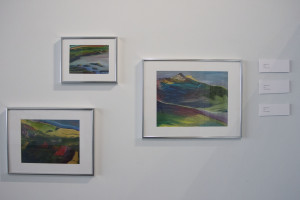 “It was nice to see how fellow artists took the theme and provided work they thought would relate,” Ota said. “Everyone has a different perspective on how they should visualize and execute concepts, so in that, I found it really fascinating. We also had a collaborative element in the exhibition where anyone could participate in this sculptural interpretation of defining scapes.”

Students expressed themselves through drawing, painting, printmaking, photography and collages that related to how they interact with their environments.

Seniors Deidre Mollura and Elizabeth Hallwood are two artists featured in the show. Mollura’s project, “Travelers,” is a series of photographs taken throughout France, the United Kingdom and Italy. Hallwood’s pieces, “One Point Six” and “Killarney Cave,” are abstract landscape paintings. 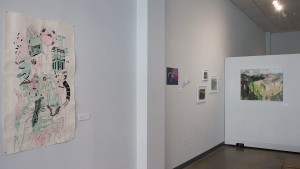 “‘One Point Six’ is in Stewart Park, which is 1.6 miles away from where I live,” Hallwood said. “It’s a plein air painting, which means it was made on location, and it was really cool because the sun was setting, and I had to work really quickly to capture it, that’s why it looks so rushed and drippy.” 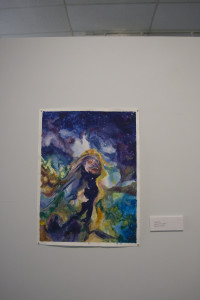 Hallwood’s “Killarney Cave” was made during her advanced painting class but is based on a landscape in Ireland. She studied abroad during Summer 2014 at the Dingle, Ireland Summer Art Program, where she learned landscape photography and printmaking. Both paintings portray her perspective and abstractions on nature while communicating mood and movement.

Mollura’s “Travelers” is a photo series shot completely on an iPhone that stemmed from her frustrations with traveling and travel photography after studying abroad in Europe.

On her trip, she said, she often felt obligated to take photos of monuments or art even if they didn’t seem interesting to her.

“There were travelers taking pictures of everything, and it felt very zombie-esque,” she said. “My project had a lot to do with figuring out what to do in that situation and how to enjoy my experience and be a part of it without becoming another zombie traveler.”

Drawing inspiration from photography theorist Susan Sontag, Mollura said she believes travelers take many pictures because they’re afraid their moment is slipping away and that it’s used as a way to comfort them.

“A lot of this project had to do with being in the moment in my environment, trying to realize what I was feeling and communicating that feeling into a piece of art,” Mollura said. “A lot of it was keeping in mind those feelings and opening myself up to the world.”

The show was designed and curated by senior Christina Davis and junior June Ota. “Extrapolate” will be featured until May 1 in The Creative Space Gallery on The Commons.