Picture Perfect: Ithaca comes together for the Big Draw 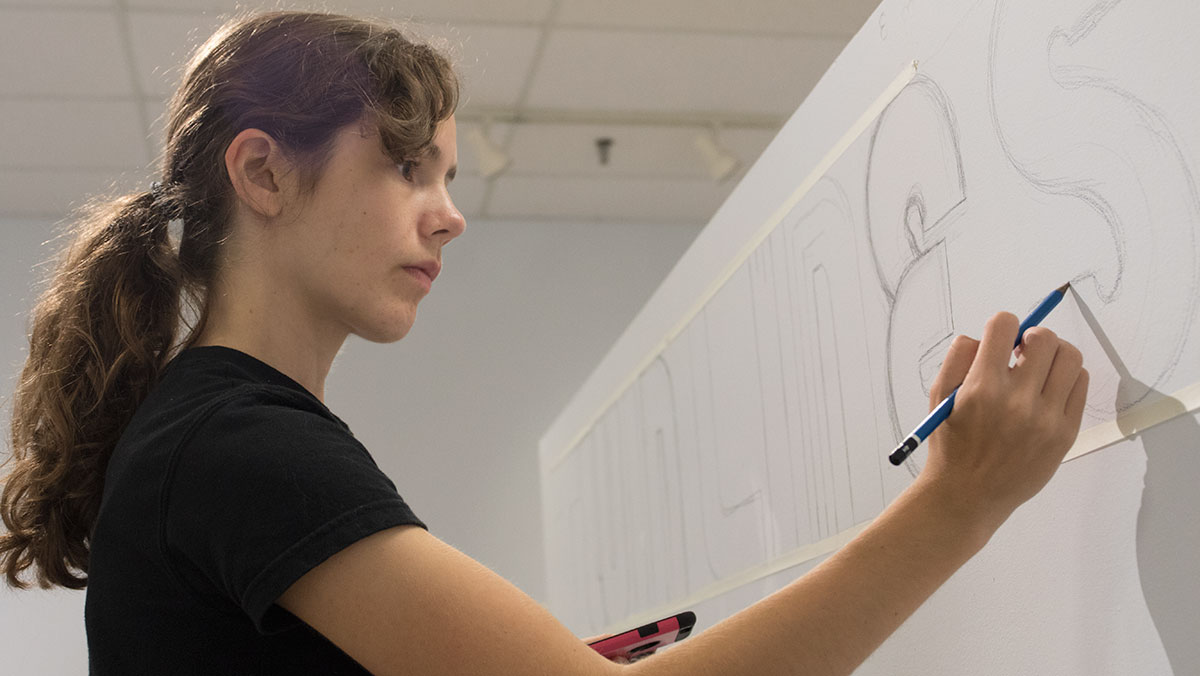 For most people, their greatest art takes the form of doodles on the edge of their notes in class. However, a one–month-long event aims to keep people from writing off their creative abilities.

With the slogan, “For those who love to draw and those who think they can’t,” The Big Draw will employ worldwide events throughout October to draw the best out of people’s doodles. The Big Draw will take over Ithaca College’s Creative Space Gallery on The Commons beginning Oct. 2 and will encourage the community to share stories through drawing and art.

The Big Draw is an international drawing event celebrating the diversity of drawing among artists of all skill levels. This annual international art exhibit originated in October 2000 in the U.K. The event’s original 180 organizers have grown to a record 1,000 organizers hosting 1,800 events in 2014. This year’s overarching theme is “Every Drawing Tells a Story,” highlighting the wide variety of art that falls under the concept of drawing.

Carolyn Hoffman, an art major graduating this December, is an intern at the Creative Space Gallery, which opened last spring.

Hoffman said the art department and the gallery are official members of The Big Draw and will be participating in the monthlong event.

“It’ll be sort of an ever-changing exhibit, and we’re really aiming to get the community involved,” Hoffman said. “There will be a lot of drawing on the walls, people putting up their own art and everything changing around.”

Sara Ferguson, lecturer in the Department of Art at the college and coordinator of public programs at the Herbert F. Johnson Museum of Art at Cornell University, said she is excited to experience the first Big Draw event downtown in the new gallery. Ferguson said for the last three years, she and Mara Baldwin, director of the Handwerker Gallery, have been participating in The Big Draw separately. This will be the first year the college and the Johnson Museum join together to produce one Big Draw event in Ithaca.

The opening celebration Oct. 2 falls on the first evening of Ithaca’s Apple Harvest Festival, and Ferguson said she sees this as an opportunity to involve the public in The Big Draw.

“My students are thinking about the idea of connecting to the community,” Ferguson said. “It’s really about expanding what drawing can be.”

The exhibit will be constantly changing throughout October. On the opening night, students will be running four drawing stations in and around the gallery, which will be offered to the community for free. The gallery will also house a doodle display from the Johnson Museum inspired by its Kurt Vonnegut exhibit, which anyone can add to.

In addition, a class taught by Pamela Drix, lecturer in the art department, will be running a portrait drawing session that night. Passersby can stand and have students draw their portraits right onto the glass windows of the gallery. Once completed, this window mural will emulate the crowd of people on The Commons for Apple Fest.

Inside the gallery, Ferguson’s eight students in her Introduction to Drawing class will present their communal project: an interactive map of Ithaca. The community has the opportunity to come into the gallery, draw out their favorite place in Ithaca and add their personal touch to the map.

The class will also present individual projects on the opening day. Each student created an atypical drawing instrument to show the community different ways of mark-making. Some connect bodily movement and drawing, such as junior Rachael Langton’s, one of Ferguson’s students. As a theater studies major, Langton said she often works to integrate different art forms into her performance and was inspired by the combination of dance and drawing.

“This year, I’m taking Ballet IV right before my drawing class,” Langton said. “As we were thinking about different ways to create marks for this event, it just seemed natural to put dance and drawing together.”

Langton’s device, charcoal on a disk attached to the dancer’s ankle, illustrates as the wearer moves. Figuratively, this instrument draws parallels between the lines in dance and the lines in visual arts.

“I created a drawing instrument that records the lines of a person’s foot movement,” Langton said. “I created a simple dance for the community to try using the instruments to see how your movement lines visually change as you dance.”

Like Langton, Ferguson said she thinks of drawing as much more than simple pencil-and-paper art. She said she hopes The Big Draw will expand the possibilities of drawing for the Ithaca community.

Ferguson’s students range from freshmen to seniors, all non-art majors, with varying levels of art experience. Ferguson said she is impressed by the creativity, professionalism and excitement of the students surrounding this event, especially since they currently have less than one month of drawing class under their belts. With the Ithaca community as their audience, the students bring their different perspectives to their Big Draw projects.

Later in the month, the college’s art club will sponsor a free figure drawing session in the gallery. At that time, figure drawing and silk screening classes will also display their work from this semester.

“There’s always been a lot of excitement about drawing and what it means,” Ferguson said. “For the whole month, there can be different projects because drawing means so many different things.”

Hoffman said this exhibit will be very different from previous ones. The art will be more accessible instead of traditional and static, and there will be a focus on community participation and interaction.

Langton agrees this exhibit will bring students and the community together.
“I think this event is a cool way to reach out [to] the community and think about drawing and art in a different way,” Langton said. “It breaks down the fear of drawing and simplifies it. Everyone can leave a mark, and these marks, while unique, connect us through art. I think that’s really powerful, and it’s really awesome to be a part of it.”