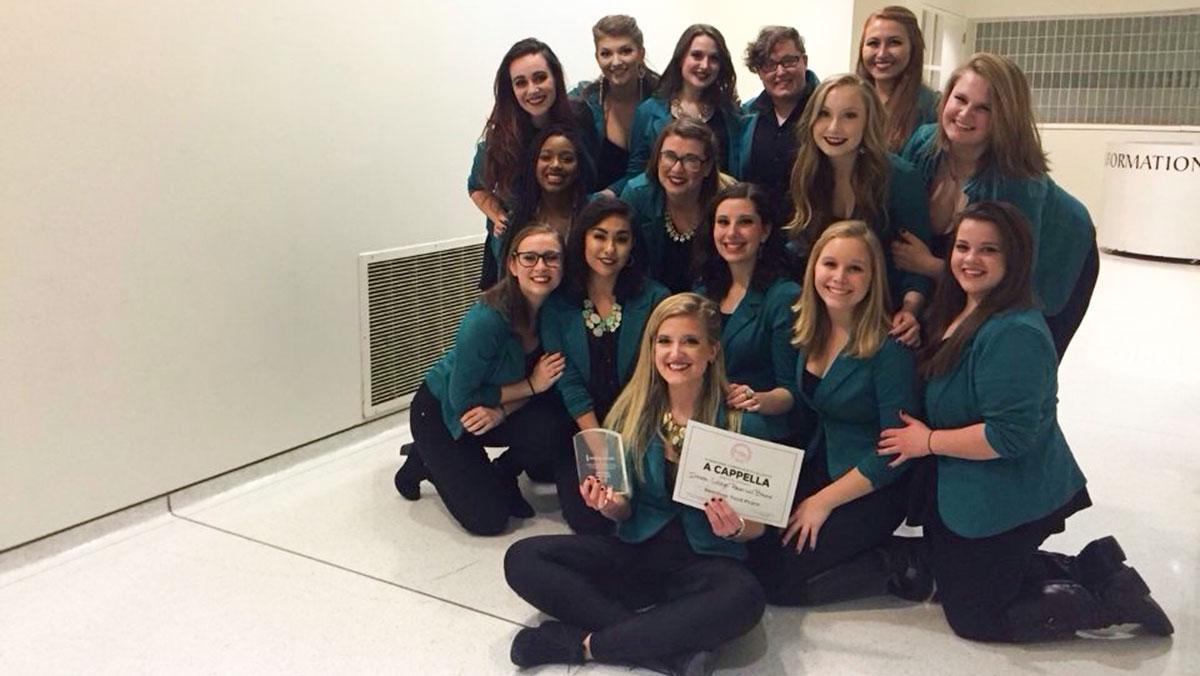 Ithaca College’s only all-female a cappella group, Premium Blend, placed third at the Varsity Vocal’s International Championship of Collegiate A Cappella Central Semifinals on April 2, allowing them a chance to compete in the final competition at the Beacon Theater in New York City by entering a “Wild Card” round.

After taking home three awards, including a first-place win Feb. 6 at the ICCA Regional Quarterfinals, Premium Blend scored 316 points, only two points below second place, in the ICCA Semifinals at the University at Buffalo Center for the Arts. To compete in the “Wild Card” round with other runners up from around the country, the group will submit a video of their performance to Varsity Vocals.

Premium Blend reprised its Quarterfinal competition set, which included “Past Lives” by Børns, “Sinner Like You” by Parson James, “Half The Man” by Rozzi Crane and “In Your Atmosphere” by John Mayer. Senior Allison Dethmers, president of Premium Blend, said she felt incredible about the group’s performance.

“Every member of PB has so much passion for our ICCA set, and last night, we held our own as the only female group,” she said.

In the days leading up to the semifinal competition, Premium Blend held master classes with college alumni and current students to garner critical feedback. During these emotional rehearsals, Premium Blend’s conductor, senior Lauren Bristow, said the group sat down and talked about its personal connection to the songs it performs in the set.

“Each member could really kind of vibe off of what every girl in the group was feeling,” she said. “That was another really helpful tool for us.”

For the last master class, the group members asked Ithacappella president senior Dan Purcell to watch and critique their performance just two days before the competition. Purcell said for the semifinal competition, all of the competing groups have an exceptional set and the outcome of the competition depends on a group’s standing out.

“What was fundamental about this set was that it has a fire to it that showcases their hunger to win as well as a humanness that everyone could connect to,” Purcell said. “Everyone experiences moments of love and loss and reclaiming one’s life for themselves, and that’s what they needed to channel to connect with the audience and judges in the right way.”

In the coming weeks, Premium Blend will perform at Relay for Life on April 23 and have a senior send-off performance April 29.

Bristow said she is confident in the group’s ability to compete in the “Wild Card” round.

“We’re definitely going to go for it,” Bristow said. “We think we have a very, very good shot.”