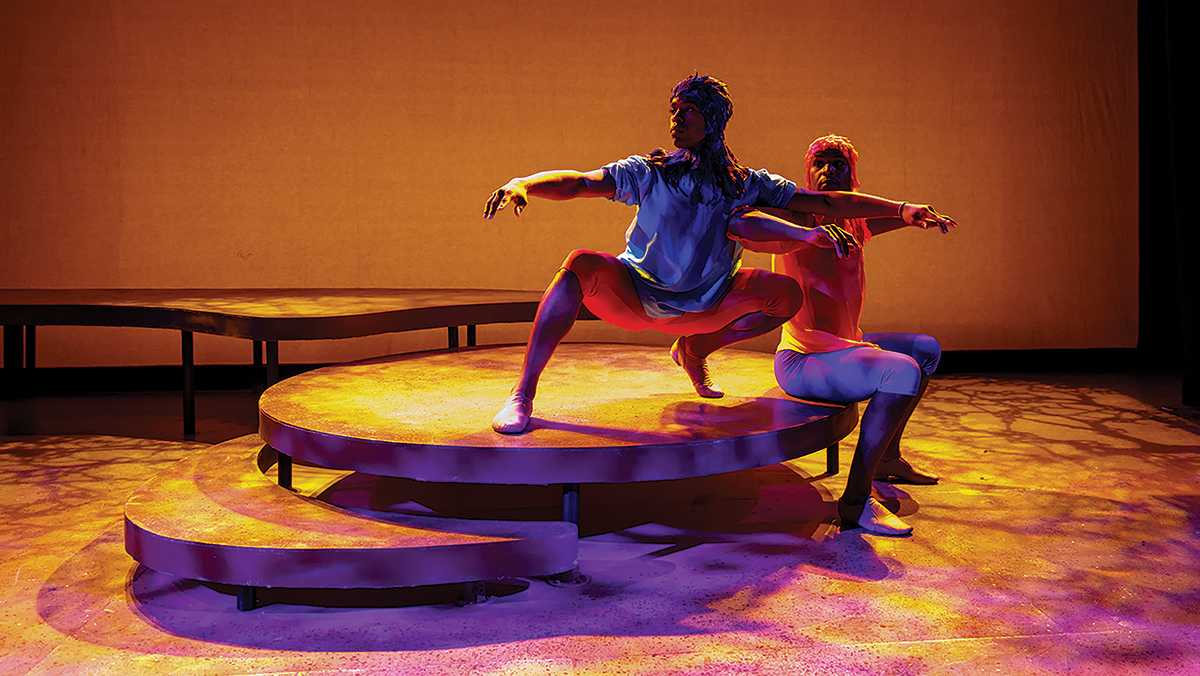 A passionate ornithologist grieves the unexpected loss of her husband. Two men cope with the difficulties that chronic illness places on their relationship. Colorful birds dance across the stark stage with surreal dream sequences entangled in the scenes of candid emotion. “Birds of East Africa” mixes heaviness with whimsicality.

“Birds of East Africa” involves a middle-aged ornithologist, Marion (Lena Kaminsky), who is on a trip to Tanzania to study native birds when she finds out her husband back home, Jack, died suddenly. She moves back to the United States and moves in with her friends Nick (Gabriel Marin) and Stephen (Daniel Pettrow), but observes the pair’s marriage falling apart as a result of Nick’s multiple sclerosis, a chronic disease that attacks the central nervous system. Along the way, Marion rekindles her relationship with Daniel (Jacob Goodhart), her late husband’s son from a previous marriage.

Dann’s inspiration for the play came from a number of experiences — in addition to her recent travels, she said, she was inspired by the realization of the mortality of her loved ones.

“My inspirations for this play were mostly a recent trip to Tanzania and my own musings about the age difference between myself and my husband,” Dann said. “We’re 17 years apart, and it struck me that if we both live to our expected ages, I will be alone for much of the end of my life.”

Dann said she confided her fear in a friend, who promised to take her in if she were ever widowed.

“I felt a great deal of relief, but I also thought, ‘What would that mean? How would that promise play out?’” she said. “And during the trip to Tanzania, I simply fell in love with the birds.”

Though the story focuses on the human experience of grief, one of the most distinct elements of the play involves birds, played by Jeremy Swift, New York City–based actor and dancer, and freshman acting major Jeremy Porter. Costume designer Lisa Boquist created the colorful clothing and feathered headwear of these dancers’ costumes. They appear during scene transitions and move in a playful, bird-like fashion, twitching and turning their heads skittishly while gracefully leaping across the stage. In addition to inserting theatricality to an otherwise minimalistic play, they also serve as Marion’s solace and spiritual guides.

In addition to playing birds, Porter and Swift play characters in Marion’s surreal dream sequences. Porter said his symbolic roles in the play, though they seem unrelated, both involve helping Marion through her grief journey.

“I think that, in one sense, we are Jack’s kind of angels that are kind of helping [Marion] along her path and trying to get her through grief because she doesn’t get through that alone,” Porter said.

Porter got involved with the play when the college’s dance instructor and choreographer of “Birds of East Africa,” Tucker Davis, asked him to audition during winter break. Porter lives in Brooklyn, New York, and was able to audition in New York City.

“The audition process was actually pretty weird,” Porter said, laughing. “They were like, OK, we want you to improv and just act like a bird.’”

He said that though he felt confused and even a little embarrassed, the creative team made him feel comfortable.

Dann said she added the role of the birds later in her writing process, as Lampert urged her to stay true to her theatrical style. Though Dann said she is still finding her voice as a writer, her previous works included whimsical, dramatic elements like Greek choruses, musical numbers and surrealism.

“With this play, I gave myself the exercise of writing about real people in a real place: four people in a kitchen,” she said. “And I was proud of that work. But when Rachel Lampert read it, she said, ‘Where are you in this play? Where’s the theatricality?’ And so I revisited the play with my love of theatricality, and that’s where the birds came from.”

Another artist who aided in making Dann’s vision come to life is Grant Carey ’13. He attended the college as a musical theater major and is the sound designer and composer for “Birds of East Africa.” Also a singer and songwriter in his own band, Summer Underground, Carey’s musical influences are varied. Though he never had her as a professor, Carey worked with Dann when he was a sophomore at the college. She asked him to write some songs for “How I Learned to Drive,” a previous play she directed.

“That was the first time someone asked me to write music for a show,” he said. 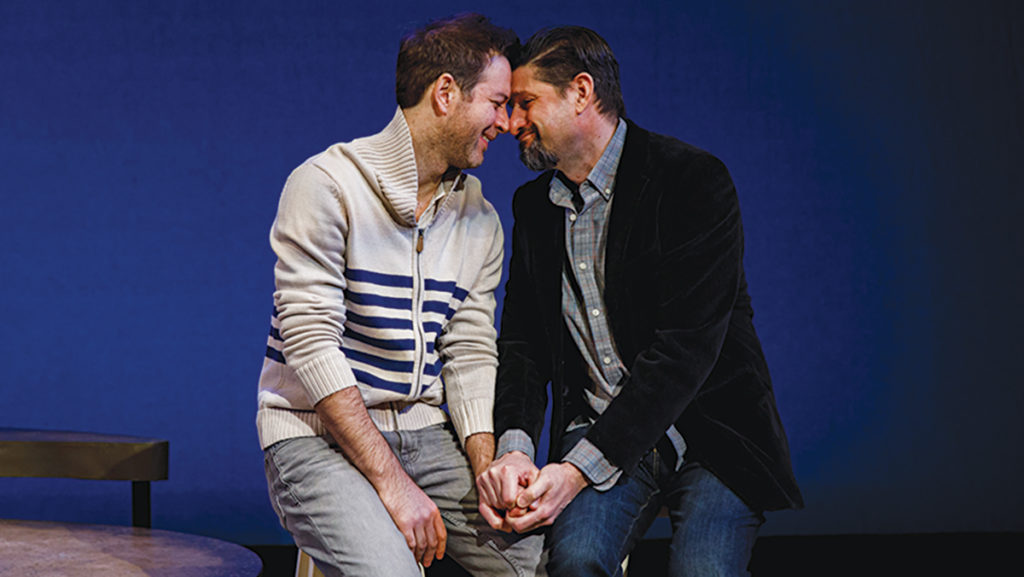 Similarly, Dann reached out to Carey to make music for “Birds of East Africa.” Though Carey said he was wary of trying to recreate East African music, he took traditional timbres and textures, and wove them into his ambient, cinematic music. The musical transitions involve airy synthesizers as well as elements of East African music like driving hand drums and the melodic yet percussive sounds of the Kalimba instrument.

He said the process of composing this music involved observing the show’s rehearsals and taking notes, working on the pieces on his computer at home, and sending the pieces to Lampert for feedback. He also worked with Porter, Swift and Davis to make sure his compositions aligned with the dancers’ movements. Carey said the process was collaborative.

In addition to collaborating artistically, Porter said, the cast and crew bonded outside of rehearsal. He said the older cast members gave him tips to help him improve his acting and physicality.

“It was really educational for me,” he said. “If I had a wall that I was hitting up on or if I had something that I just couldn’t figure out, they would literally throw all this information at me. … They were all super awesome and helped me along that track.”

Porter said his favorite part of taking part in the show was working with the cast and crew to make it come to life.


“It was definitely an awesome creative process,” he said. “It just completely evolved into something different every single day.”