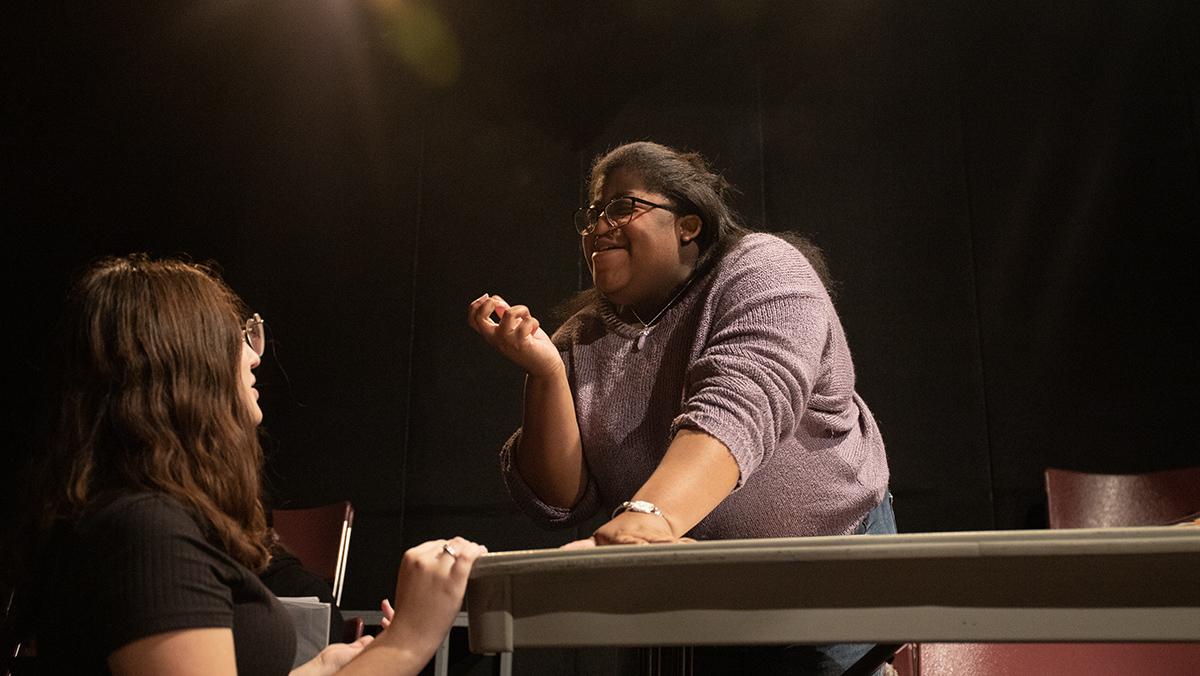 The premiere of Aaliyah Warrington’s ’21 play, “Pas De Trois, or The Dancing Witch Play,” occurs Nov. 11 in the Earl McCarroll Studio, located in Dillingham Center, and runs until Nov. 17. Warrington is a two-time recipient of the Silver Egg Award in the IC New Play Incubator.

Co-Life and Culture Editor Matt Minton spoke with Aaliyah Warrington about the premiere of her play and the process of bringing it to life.

Matt Minton: Could you give us a general overview of what “Pas de Trois, or The Dancing Witch Play” is about?

Aaliyah Warrington: “Pas de Trois, or The Dancing Witch Play” is the story of Frau Troffea, the woman who, in 1518, ran into the middle of the street in Strasbourg, France, and began to dance for days and days on end before she collapsed. … And I was so curious as to why this woman just got into the middle of the street and started dancing — so I wrote a play. It tells a story of why she danced and who it affected. Very little of it is based on actual historical fact, but it includes, like, her husband, Theodore, and her neighbors and just, like, the people of this town, who she also affected with her dance. And just trying to answer the questions of why she did it and who she was.

MM: What about Frau Troffea stuck with you the most?

AW: The fact that I didn’t know her name. … I wound up on the [Wikipedia page on the] Dancing Plague of 1518 and I was never able to forget about it. I found books about the Dancing Plague and articles but nothing about who this woman was, except that she got into the street and then she danced for six days. And that was it. And then they like moved on from there. So I hated that. I didn’t know that information. Something about that feels ritualistic and magical. And just all of these people dancing for, like, people were screaming out in pain and other stances until they literally died. But, like, it happened for months, like, most of the summer.

MM: When did you begin writing the play and how has that process been?

AW: So I began writing this play when I was in [Chrystyna Dali’s, associate professor in the Department of Theatre Studies] class … at Ithaca College. First day of class, she goes like, “Hey, I don’t really do extra credit, but if you can find me a play with a witch that I don’t already have, I will give you extra credit.” And I go, “Awesome, I’ll write one.” … I actually started writing it junior year of college; that’s when I wrote a scene that I was like, “Yeah, that’s good, I’ll probably come back to that at some point.” And then I didn’t come back to it [until January 2021]. … I then was very, very lucky to have a friend of mine who was like, “Aaliyah, I wanna direct whatever it is you have right now.” … And so that happened over Zoom in March 2021. … We had a showing, just for friends and whoever wanted to watch this little Zoom thing that we did. And then it was one of my actors in it, who’s currently in the show now, [senior] Alaysia Duncan … approached me one day and was just like, “Can I potentially submit the Dancing Witch Play [for season selection]?” I’m like, “Yeah, go for it.” … And now we’re here, so that’s been fun.

MM: How has the workshop process on campus been like?

AW: So good. It’s so helpful for me. We walked into rehearsal on day one, and we did a read through and I got to hear it again for, like, for the first time in months. I’m like, oh, OK. So that’s what I wrote. Let’s change it. … I’m telling a good story, but I could tell a better story. … It was so good to just basically be a sponge and soak in all of their questions. And then, like, come back two days later, and I’m like, and here’s a new draft of the play that hopefully answers your questions. Then they go, “Well now I have another question.” It has been that on repeat. Even though finding that stopping point is so hard. … But I am proud of where we have landed at and what it currently is. It’s just so hard learning when to stop.

MM: What do you hope people will take away from the play?

AW: I was trying to find sincerity and telling this woman’s story who is not a real woman, but she became one to me. The story of her and the love that she has with her husband and how complicated that is, especially in the face of this town that’s riddled with gossip and stories and her weaving through it. … So finding the intersection between the good and bad of gossip and the sincerity of this relationship and just the empathy I felt for this woman whose name was erased and who was like, riddled down to two sentences of her walking into the middle of the street, dancing for six days. … Because she lived, she wasn’t one of the ones who unfortunately died during it. I wanted to tell a story that excited me and I hope it excites other people.