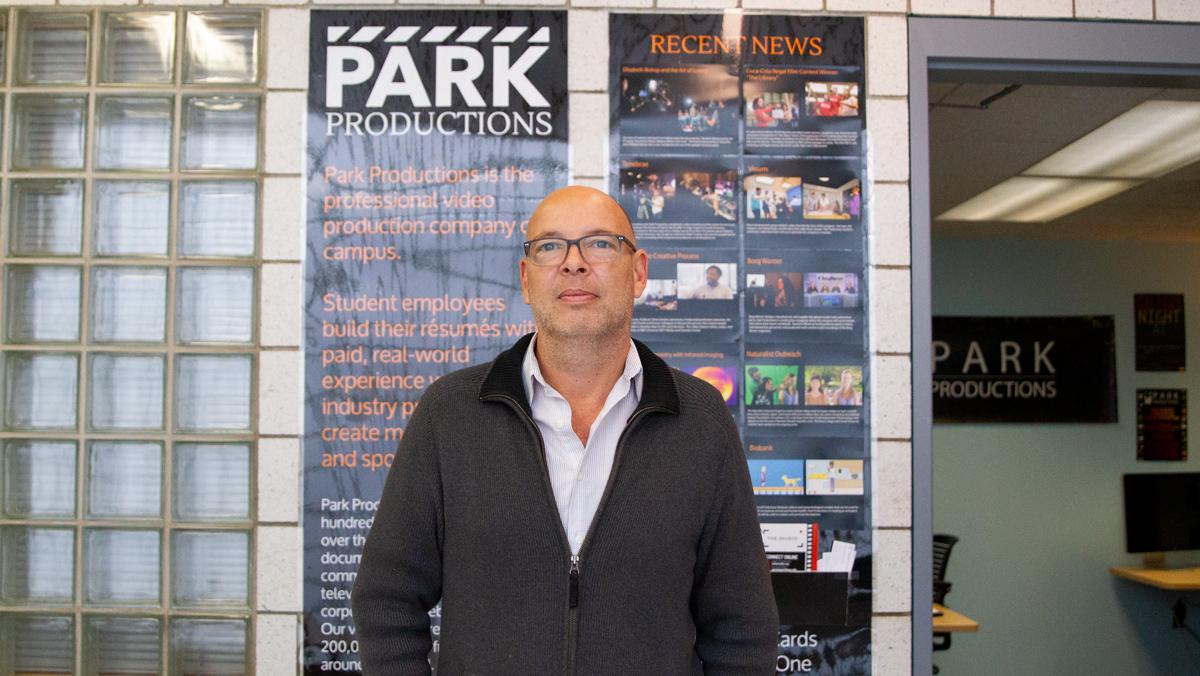 Frankie Walls/The Ithacan
John Fucile, Director of the Park Media Lab is the new director for Park Productions and The Studio. Fucile said he plans on working to fulfill the full potential of the programs.
By Gabrielle Topping — Staff Writer
Published: October 8, 2019

John Fucile, an award-winning filmmaker, is the newest director of Park Media Lab in the Roy H. Park School of Communications at Ithaca College.

As director, Fucile is in charge of Park Productions and The Studio. Previously, he was an assistant professor and program director of digital filmmaking at Villa Maria College in Buffalo, New York, and a program director and faculty member in digital film and video production, photography and visual effects at The Art Institute of Las Vegas. Fucile was also a nominee for Album Design of the Year at the Canadian Country Music Association Awards in 2015 and has received many other accolades for his work as a music video director.

GT: How did you become the director of Park Productions?
JF: I was running the film program at Villa Maria College in Buffalo, and I always wanted to come to Ithaca College, and when I saw the position open I jumped on it. … My background is as a music video director and as a professor as well. So I’ve been teaching film and video for about eight years, and I’ve been making films and music videos for clients for about 25 years. … I won Hard Rock Video of the Year in Canada for MuchMusic.

GT: What are the goals of Park Productions?
JF: To win a student Oscar would be my top priority. We’ve had a couple students through Park Productions win the Coca-Cola Regal [Films] competition. Just to keep the production going and increase the quality of productions. … Park Productions exists separate from the classroom to give professional credits along the way, which adds to your resume above and beyond what’s done in the classroom.

GT: How have your experiences as a filmmaker prepared you for this position?
JF: Perfectly well because you have to manage people’s expectations and deal with clients. On a couple of my projects on some music videos I did in Las Vegas, I had my students be my crew. I was a student filmmaker, and I started making music videos during my third year of film school. … It’s really just a natural transition for me to pay back what I’ve learned from my professors and try to be that to some of these students here.

GT: What do you hope to achieve as director?
JF: I hope that the profile gets even higher than it is. We are already a top 25 film school, and I would like us to slide into the top five or top 10 easily by getting some larger productions in. … Park Productions and Park School have a history, whether it’s the Golden Doorknob Awards, which is a mini horror fest, or Rod Serling’s involvement from The Twilight Zone. This school has a reputation of great work, usually in the suspense or horror genre because a lot of our professors have come from that. … [I want] to heighten the profile of the school and the student work to make it really well-known not only in the States but internationally.