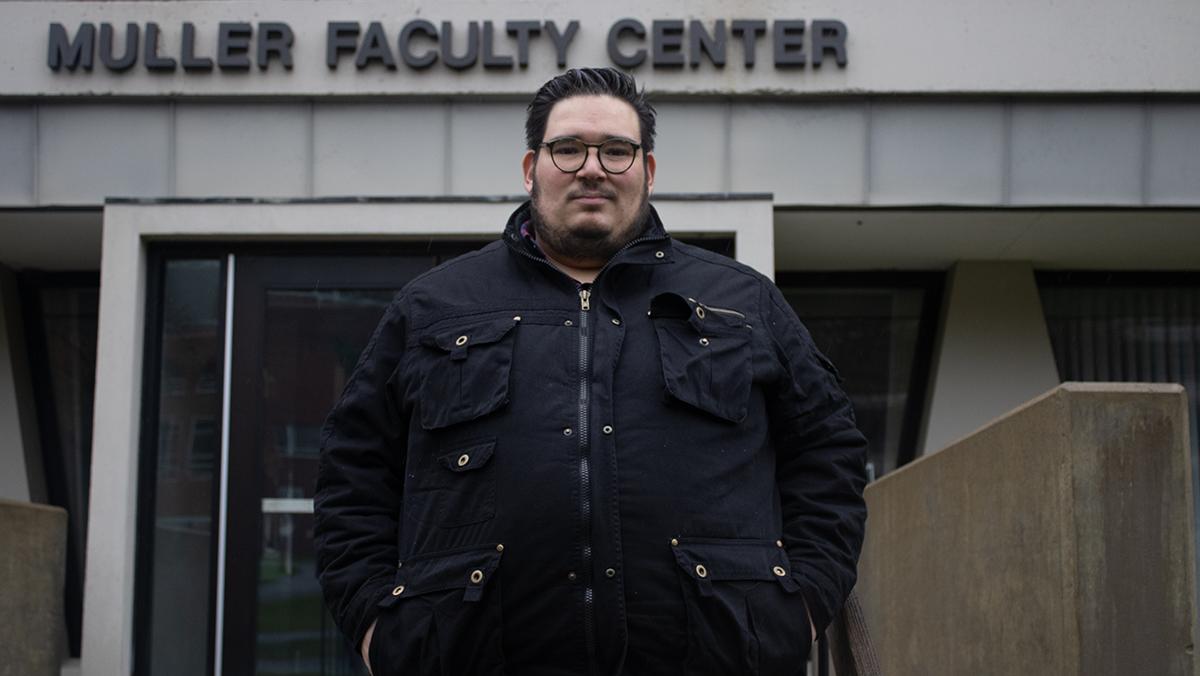 The dossier is published in Volume 20, No. 1, of the journal, “A Contracorriente: una revista de estudios latinoamericanos,” translated as “A Contracorriente: A Journal of Latin American Studies.” The dossier includes seven articles that touch upon the impact of some of the recent cultural developments in Colombia, like the signing of the peace agreement between the Revolutionary Armed Forces of Colombia (FARC) and the Colombian government in 2016. Additionally, Malagon co-edited the dossier with Carlos Gardeazabal Bravo, assistant professor in the Department of Global Languages and Cultures at the University of Dayton in Dayton, Ohio, and Juanita Bernal Benavides, visiting assistant professor in the Department of Modern Languages and Literatures at Rhodes College in Memphis, Tennessee.

Staff writer Jadyn Davis spoke with Malagon about his experience working on this dossier and how it aims to educate people on some of the major moments in Colombian history.

Jadyn Davis: What made you interested in working on this dossier?

Camilo Malagon: So academic journals have volumes or numbers and sometimes they have an editor or maybe a couple of editors. … So in our case, it was three friends who [have] been working … at the intersection of Colombia and contemporary Colombian cultural production. We write about literature and film and the discourses of how violence is represented in these cultural artifacts. We have been doing meetings or conferences where we presented work, and we had a few of those and then we decided, “Why don’t we turn some of this research into a dossier?”

JD: How was it working with Carlos Gardeazabal Bravo and Juanita Bernal Benavides?

CM: I would say they’re now sort of longtime collaborators. … They’re great scholars. … We’re all sort of at the same place in our careers. We graduated a few years ago from graduate school and now we’re working at colleges here in the U.S. So we’re sort of growing together, and it was great to kind of have an experience of relative scholars who are just a few years past graduate school. … We want to establish our voices in our field and we want to bring new perspectives to the work that we do.

JD: What do you hope people will take away from this dossier?

CM: Colombia is at a very interesting moment politically. Colombia has had a very long-standing history of insurgent groups and guerrilla groups who have been embroiled in a civil war with the government … and in 2016, one of the oldest … and the longest-standing guerrilla group in Latin America, the FARC, finally signed the peace agreement with the government. So now [Colombia] is in the process of seeing that peace agreement fulfilled. … For the first time in the history of Colombia, a former guerrilla member was elected as president, Gustavo Petro, and Francia Marquez [was] the first African Zambian woman … elected … as vice president of the country. … I think we’re in one of these incredible moments of transition, where things are changing. … I think that all of the articles in the dossier will end up having some proposals on how to think about Colombia moving forward.

JD: Why do you think it is important for people to learn about the history of Colombia as well as any of the countries in Latin America?

JD: Can you tell me about the inspiration behind the essay you wrote titled “Implicated Intellectual” and what drew you to write about these topics in this essay?

CM: I talk in the essay about there’s always a person who is in a position of relative privilege talking about violence. I always had this question, like, ‘What are these characters that are not sort of affected very indirectly by the violence?’ … They seem to have a lot to say about it, but they seem to be … either not negatively affected at all or very loosely affected by that violence. So I had that question just sort of lingering in my mind and then eventually I came across a book called “The Implicated Subject” [by Michael Rothberg], [where the author thinks] moments of war are moments of transition after a civil war. He wants to think beyond the dichotomy of perpetrators and victims. When you think about things like the Holocaust … people think all the time, like, about the people who were the perpetrators of these systems of oppression and the people who were the victims, but then these authors start saying, ‘Well, what about all these other people who weren’t arbitrators?’ So he comes up with this term, the implicate subject, and I borrow from him that idea.