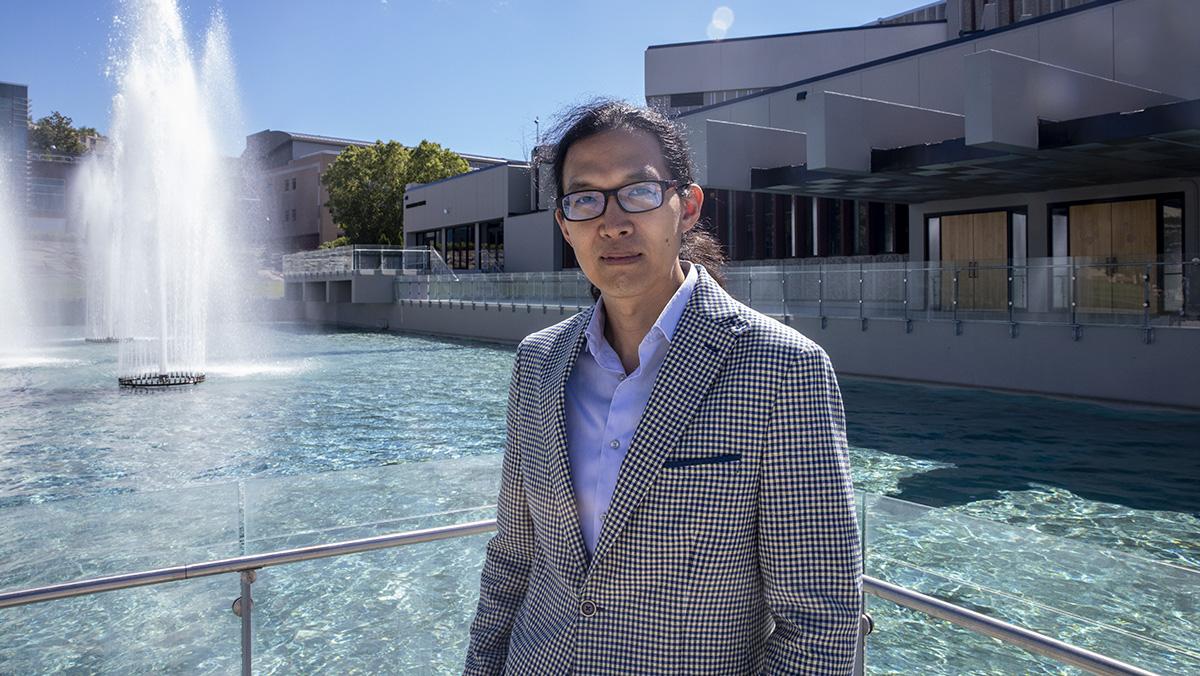 In summer 2022, Walter Byongsok Chon, associate professor in the Ithaca College Department of Theatre Arts, was awarded the 2022 grant for the translation of Korean literary works from the Daesan Foundation. Byongsok Chon selected four plays from the Korean Playwright Myung-Wha Kim to translate to English.

The Daesan Foundation is an organization that is dedicated to supporting creative artists and translators with the mission to globalize Korean national culture. This year the organization awarded grants for translations in seven different languages: English, French, German, Spanish, Japanese, Chinese and Bulgarian. Byongsok Chon was the only one this year who received the grant for dramatic translation in the English language.

Senior writer Sydney Brumfield met with Byongsok Chon to discuss the work he will be accomplishing with the Daesan grant.

Sydney Brumfield: Could you elaborate on the grant you received and the work that the Daesan Foundation does?

Walter Byongsok Chon: The Deasan Foundation is one of the biggest resources supporting creative artists. … I received the grant for dramatic translation in the English language. I selected pieces from the playwright Myung-Wha Kim. … In consultation with her, we chose four pieces, one of which is finished and the other three that I plan to translate over the next two years.

SB: Could you go into detail on what the four pieces are that you will be translating?

WBC: Yes, so the four pieces are “The Winds Desire,” “The Birds Don’t Cross the Crosswalk,” “Oedipus: the Fate of the Story” and “The Sound of the Moon.” “The Wind’s Desire,” for example, is set in the present with three people, a TV writer, her friend and the writer’s lover. … It follows how [the TV writer] navigates around her personal life, her artistic creations, her friendship, her family, societal perceptions — so many things.

“The Sound of the Moon” is more of a historical period piece. It is set in the late third century during the Three Kingdoms period in Korea. Yimoon, who is an ambitious Gayageum musician, … has a conflict with his Gayageum master teacher and escapes to Silla. … There he encounters the princess of Silla, who is deaf and is obsessed with collecting all the sounds of the world, including the sound of the moon. However, Yimoon’s past catches up with him and opens up the romance to intrigues of diplomatic, cultural and sociopolitical implications.

“The Birds Don’t Cross the Crosswalk” is set in the present and focuses on a theater director. His college theater club calls him because … they need someone to direct their show. He’s hesitant because his time in college was very tumultuous because he went to college in the ’80s, [which] was a very tumultuous time. There were demonstrations and protests all over the country against the military regime. And this character was one that wasn’t fully a revolutionary … while most of his friends in the theater club … protested and they lost their lives. So he has survivor’s guilt. So when he is asked to return back to college, he must face his demons.

The last play, “Oedipus: the Fate of the Story,” is an adaptation of Sophocles’ Oedipus. The playwright is exploring what went on behind everything that happened in Sophocles’ Oedipus … But this play focuses on the political intrigues; it wasn’t just about Oedipus and his tragic flaw and the gods meddling in human affairs. … So this focuses on what really went on in Thebes behind closed doors.

SB: Are you intimidated by this massive undertaking?

WCB: Yes, well, it is a lot. But one reason to choose these four plays is because first of all they are drastically different, so I, and also Kim, believe that introducing these very different pieces would be a great way to introduce Kim’s work to English-speaking audiences.

SB: Is there one piece that you are most excited about getting to work on?

WCB: I would say “The Sound of the Moon,” because it is a historic piece. I am excited to research the history there, for a better understanding. Also the language, because it is written in the way in which people spoke then, which is very different then the way people speak now. So how can I as the translator help deliver that dialogue so that it sounds, in English, both current, strange, familiar and also ancient.

SB: What does being able to translate these works mean to you?

WCB: Oh, it’s a huge honor. In U.S. culture, Korean culture has been getting very recognized, … but theater hasn’t quite picked up here. Despite the short history of modern Korean theater, there are a lot of great plays coming out from both veteran and emerging new writers. And there is a lot of great work that I believe deserves a broader exposure to international readers and audiences. Another important factor in all of this is that, up until a few years ago, most Korean plays that were translated or published to be used in the U.S. were by male playwrights. So being able to introduce works by current female playwrights is another great opportunity to show the wealth of Korean dramatic writing. I am very, very honored to be a part of this effort.