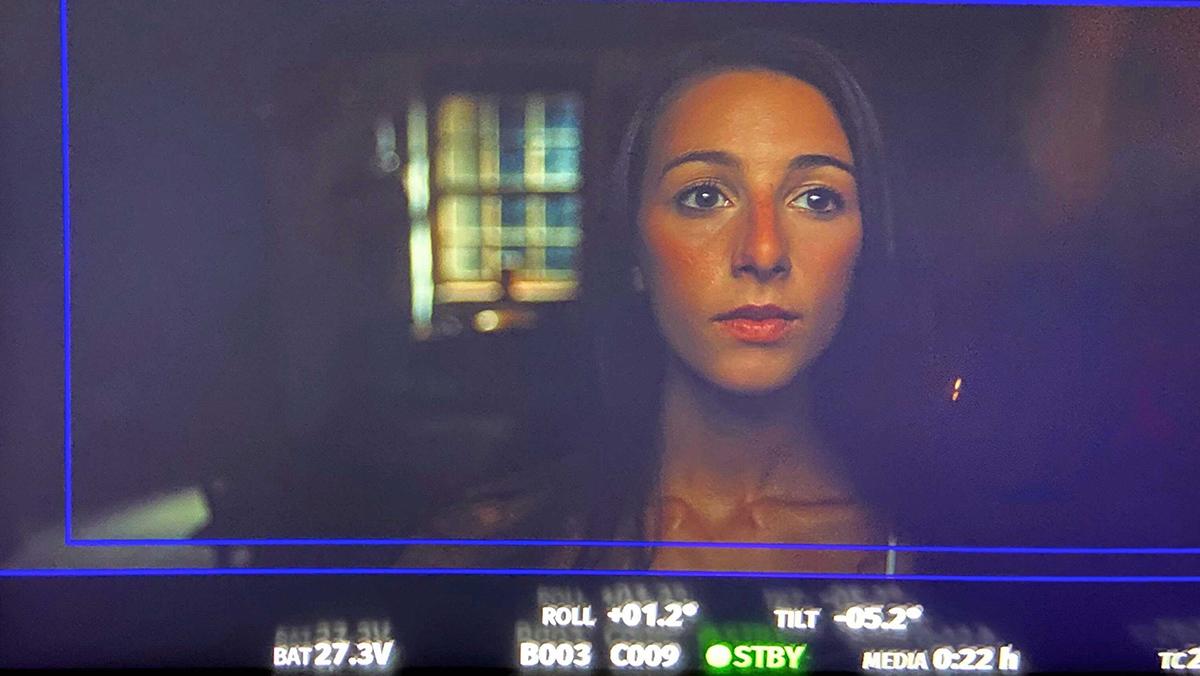 Ithaca College senior Olivia D’Amato spent summer 2019 working as a production assistant on the set of “A Quiet Place Part II”. The movie was set to premiere in March 2020, but because of the COVID-19 pandemic’s impact on the film industry, D’Amato had to keep her work a secret for two years.

Frankie Walls: So you had the opportunity to work on “A Quiet Place Part II.” Do you want to talk about how you got that opportunity and where it came from?

Olivia D’Amato: On my tour, at Ithaca, my first tour ever … I ran into this guy I used to know … and he said, “Hey, what are you doing here? Are you interested in film at all?” I said, “Yeah, that’s actually going to be my major.” So he was like, “Well, if you get to the point you ever would like an internship, just let me know.” He worked at Channel Seven News. So that next summer, I took him up on the opportunity to go work for them. I got this internship and I was working there for a couple of weeks … There was one day that I couldn’t make it at the time that I was supposed to and … later that day, I ran into this guy who was going to interview the people from “A Quiet Place Part II,” at the set of Akron [New York] in my hometown. … I went with him … and we walked up to the first assistant director … I said, “Hi, I’m Olivia D’Amato … I do film for my major. This is just such an honor to be able to meet you.” He said, “What are you doing with this guy?” I said, “Well, I have an internship with him.” He said, “Well, would you rather have a job?” I said, “Absolutely.” He said they needed production assistants to help out onset for “A Quiet Place [II]” … I think I blacked out for a second. He was like … “Here’s my phone number. Shoot me a text … I got on the set next week.

FW: While you were working on set, what was your favorite part about being a PA?

OD: Probably just the ability to be able to climb the ladder of everything. When I first started, I began at the furthest end of the set way, way down doing a lock-up where I couldn’t even see any of the action, but I worked as hard as possible to be available when a hand was needed. Whether it was running food, or assisting with characters … by the … last week I was on set I was actually working as a stand-in. … There’s a scene where there are these two teenagers under a table and they’re calling their mom in the bar. I ended up standing in for them … because they forgot to hire a stand-in. I ended up right on set with John Krasinski.

FW: How hard has it been for you to keep it hush hush? When you were on set filming, no one really knew what was happening, and all the way up until now … it’s been like two years in the making.

OD: It was pretty difficult, actually … I felt like if I even said anything, they would ask, “Oh, can you tell us a little bit about it? What was happening? Is John [Krasinski] alive? Or is he not?”… Even my family was asking me all these questions … I wasn’t even allowed to say if [Krasinski]  was on set at all. So that was pretty difficult, having met him and not being able to tell my family that I met him … So I thought it was only going to be a year and then COVID hit and two years happened.

FW: Do you have a favorite part of being on set?

OD: I think my favorite day was probably like the third or fourth day when I was on set … one of the producers — his name’s Andrew Sitter — he was … in charge of all the PAs. He was the one moving me up from different positions, closer and closer to set once he found out what I was capable of. … My favorite moment was when he said, “Hey, I have a lock-up for you.” … So he puts me behind this building. …  It turns out, John’s [Krasinki] trailer was right behind this sheet that was there. And that’s where John walked in and out of every time he went through for the scene. I think my favorite moment was when I was standing back there, and … somebody said, “Hey, how’s it going?” I turned around, and it was John [Krasinski] … He went back and forth, probably five or six times for this one shot so that that had to be my favorite moment, because I had to stop myself from freaking out.