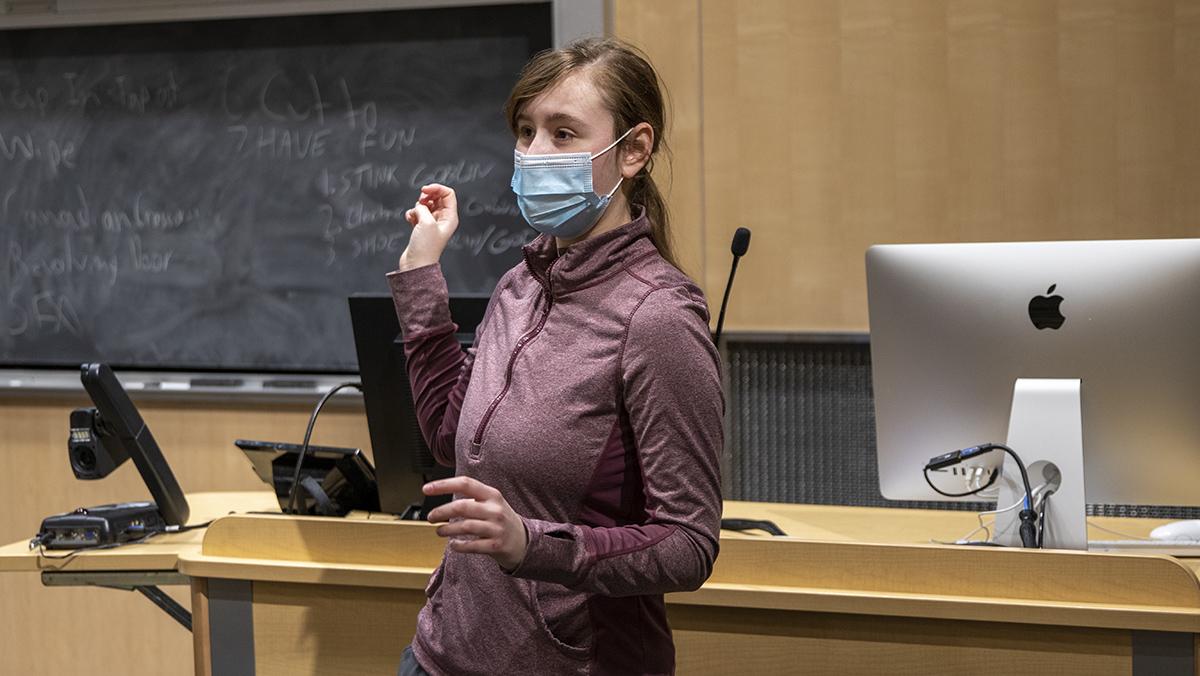 The Ithaca College Anime Club (ICAC) is an organization dedicated to the appreciation of animation. In the past year, the club has become increasingly more active in the Ithaca College community. ICAC hosts regular in-person meetings at 7 p.m. every Monday night in Friends 302, in addition to weekly movie and series screenings where it has shown films like Hayao Miyazaki’s “Spirited Away” and episode marathons of anime series like “Mob Psycho.”

ICAC plans to branch out from the club’s usual in-person screenings by hosting events alongside other clubs, as well as focusing on other aspects of animation to attract interest from students who might not be interested in anime. Some planned event themes will leave the realm of animation entirely, such as the club’s upcoming April Fool’s screening of Disney Channel’s 2007 sitcom “Cory in The House,” which is being screened in reference to an internet joke which categorizes the show as an anime.

Outside of screening shows and movies ICAC occasionally hosts game nights for its members, like anime trivia nights, offering prizes to winners.

Staff writer Laura Ilioaei spoke with junior Esther Moore, ICAC president, to discuss the club’s activities, her involvement in ICAC and their plans for the future.

Esther Moore: I joined ICAC in the fall of 2019 as a first-year. It jumped out to me because I could connect with people who had similar interests in anime and it was a club that met purely for fun.

LI: How has the club changed since you joined in 2019?

EM: I don’t know if “professionalism” is the right word, but the club is no longer just about people coming together to watch anime on a weekly basis. We’re learning more about Japanese culture and how the animation industry has affected Japan and the wider culture as well.

LI:  What are your responsibilities as president of ICAC?

EM: Currently, I am the president of the club and my primary responsibilities are leading weekly E-Board meetings, sending out weekly reminder emails, hosting occasional general body meetings, and communicating meetings with various people and organizations to help create events.

LI: What are some events that ICAC will be hosting this semester?

EM: Outside of our regular Monday and Saturday meetings, we plan to host at least one more game night. We are also in the process of creating a collaboration with Nerf Club. Our Monday meetings feature an anime-themed activity and then a pre-selected variety of shows that attendees can vote to watch. We alternate Saturdays between showing an anime movie and the first six episodes of a show.

LI: What was the process of organizing an event with the Nerf Club like?

EM: We were reached out to by the Nerf Club a few weeks ago to see if we wanted to collaborate with them, since we’re one of the more chill clubs on campus. We’re currently hashing out some details, but we’re hoping to have that event sometime in April.

EM: My favorite part of the club is that there isn’t a lot of shame about what each person watches, opinions we have about characters or shows or how much a person knows about anime. People openly share their thoughts and it helps create a stronger sense of community among us.

LI: What are your intentions for the future of ICAC?

EM: I hope that we can host an event that’s more campus-wide and not so specific to Japanese animation. That aspect of our club is great, it’s what helps build the community we have, but there is a wider world of animation that can sometimes be overlooked by us and others. It would also be great if we got more students who don’t watch anime to come experience it for a meeting or two. The weekly themes that we have can potentially help students not interested in anime at least consider watching a superhero show if that’s the kind of content they like.

LI: How does the club plan on bringing in a newer audience?

EM: The main thing is trying to bring the idea of anime outside of the very niche “weeb” category. “Bring a friend night” is something we’ve been considering, members could bring another person for a night and maybe we’ll spark some inspiration in their head to check out a new culture of animation that exists.