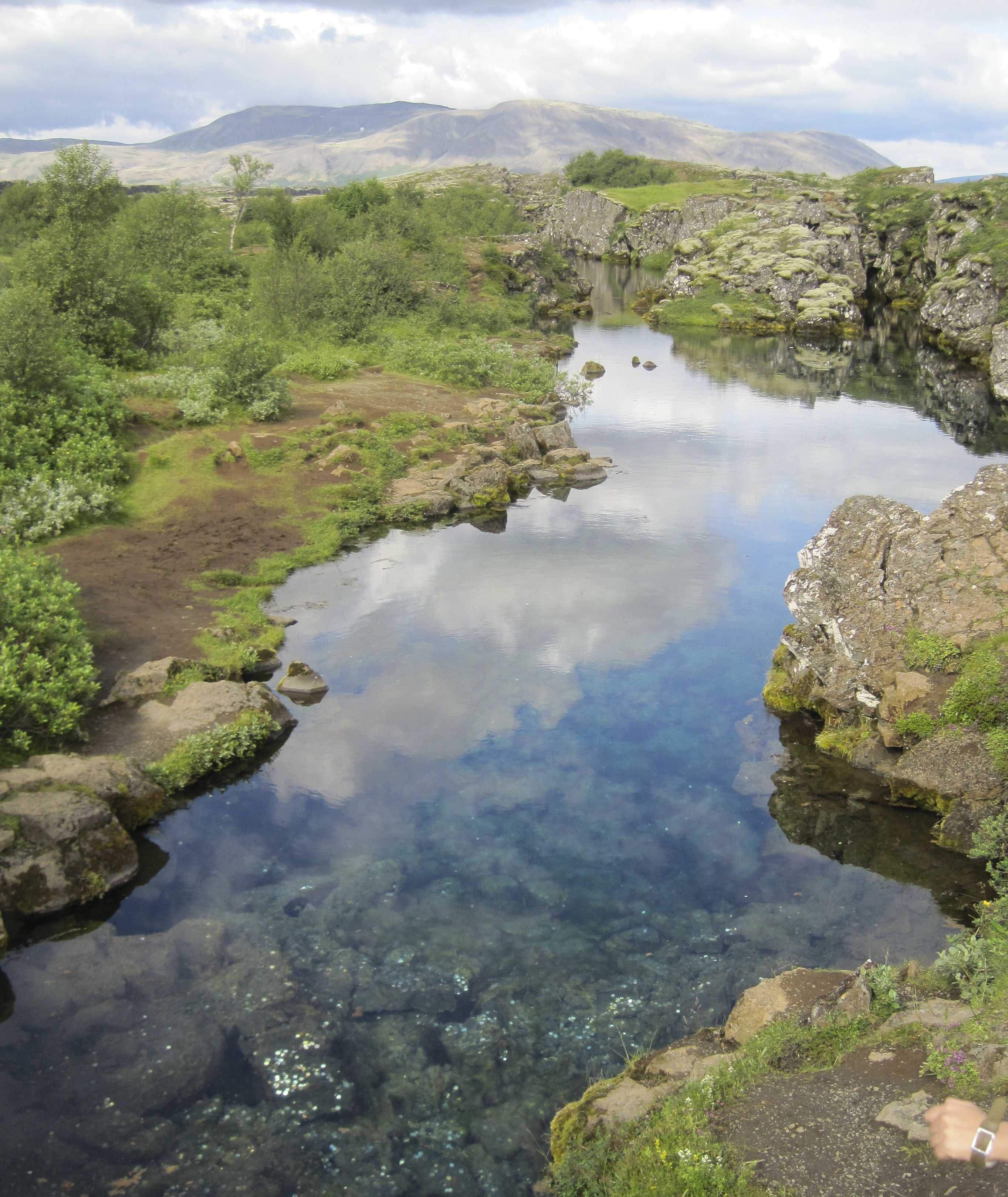 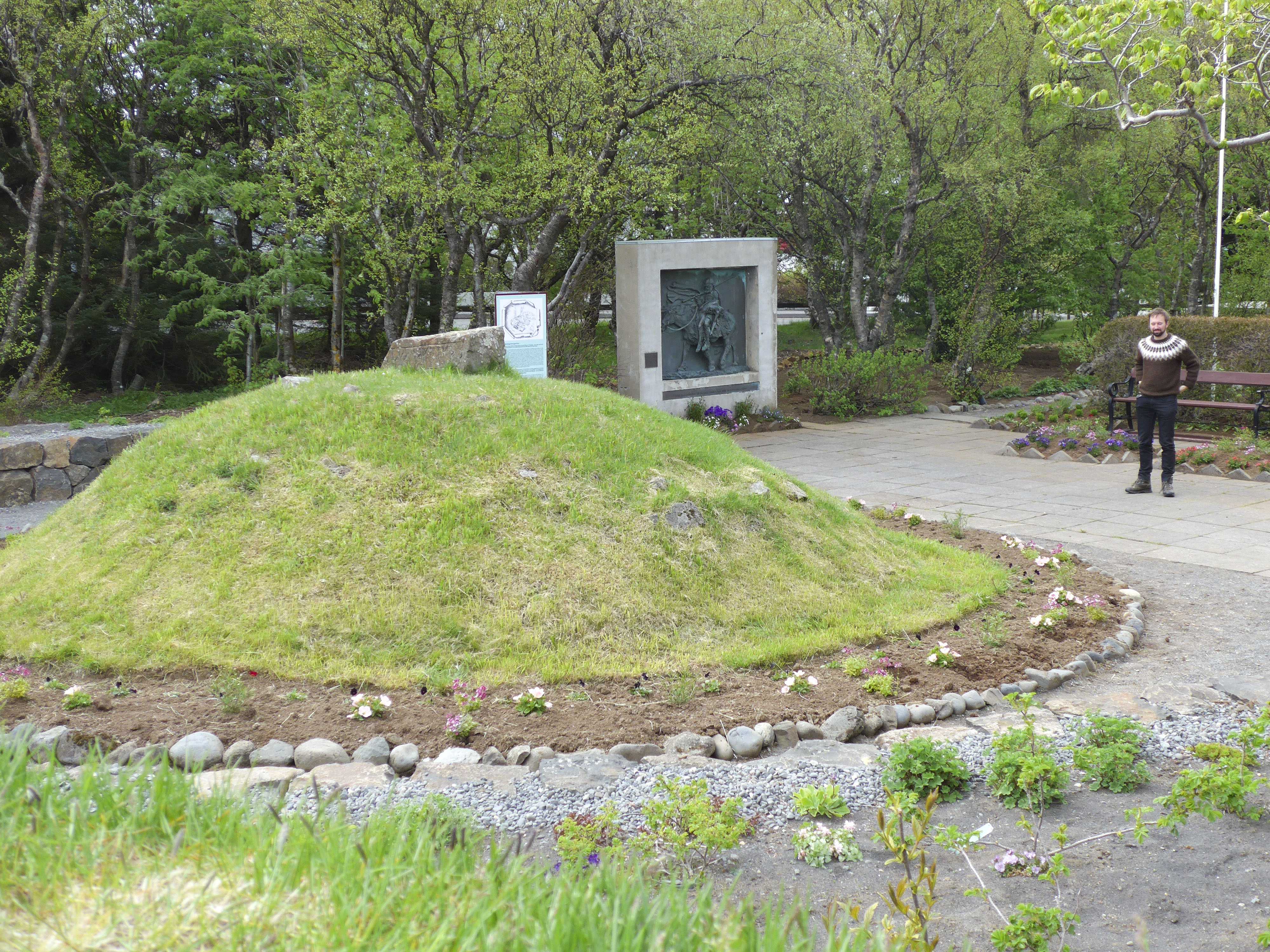 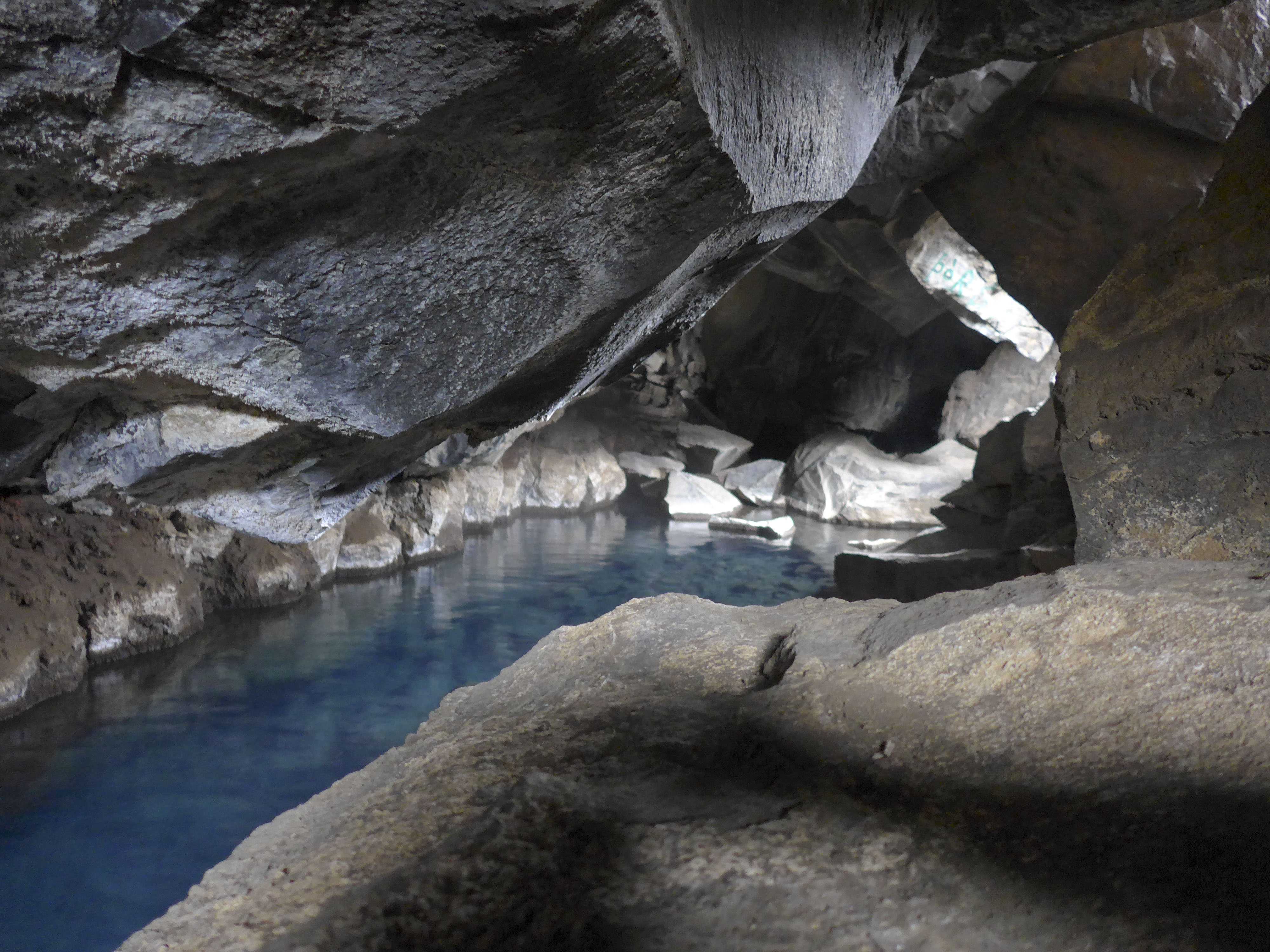 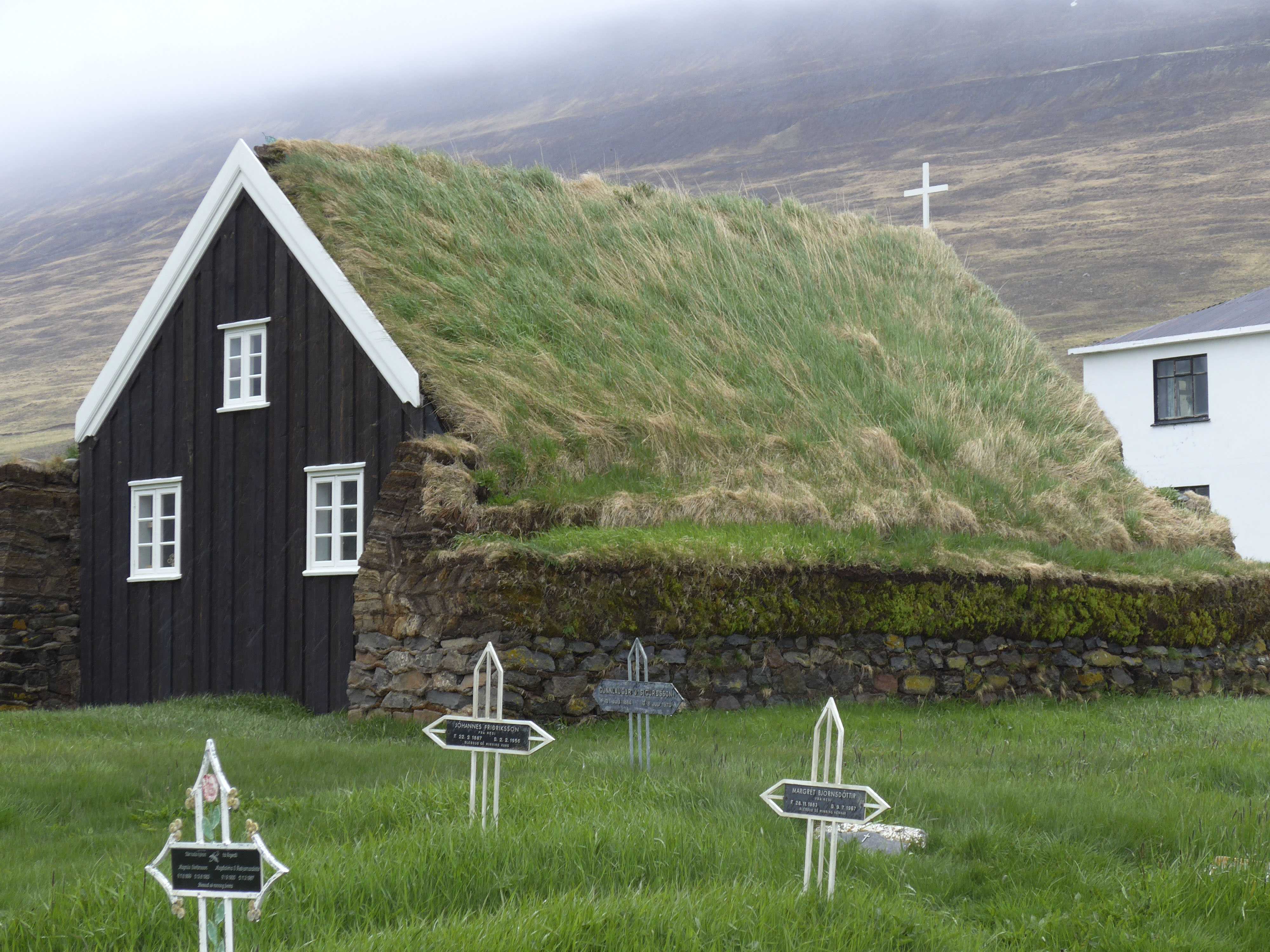 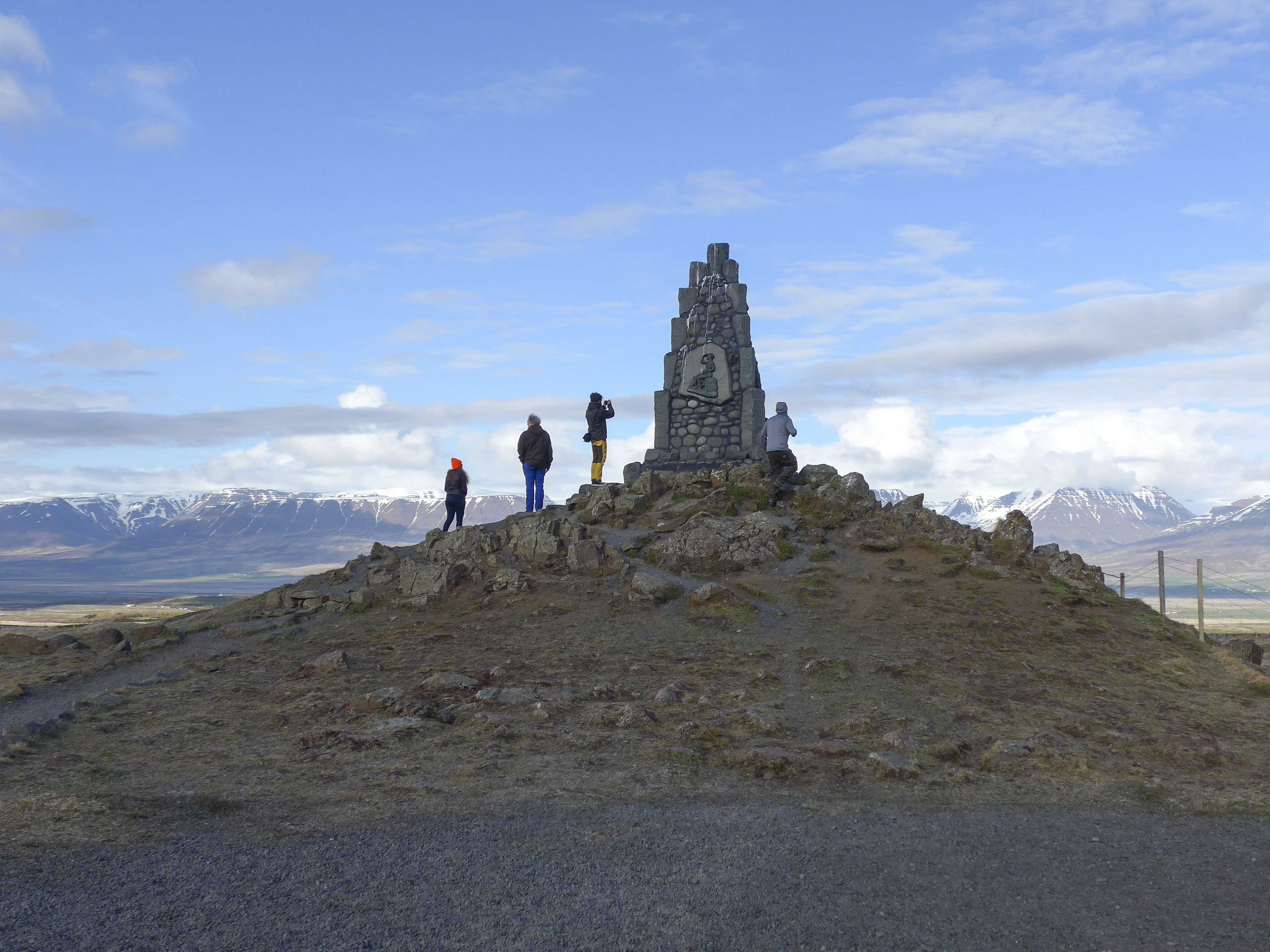 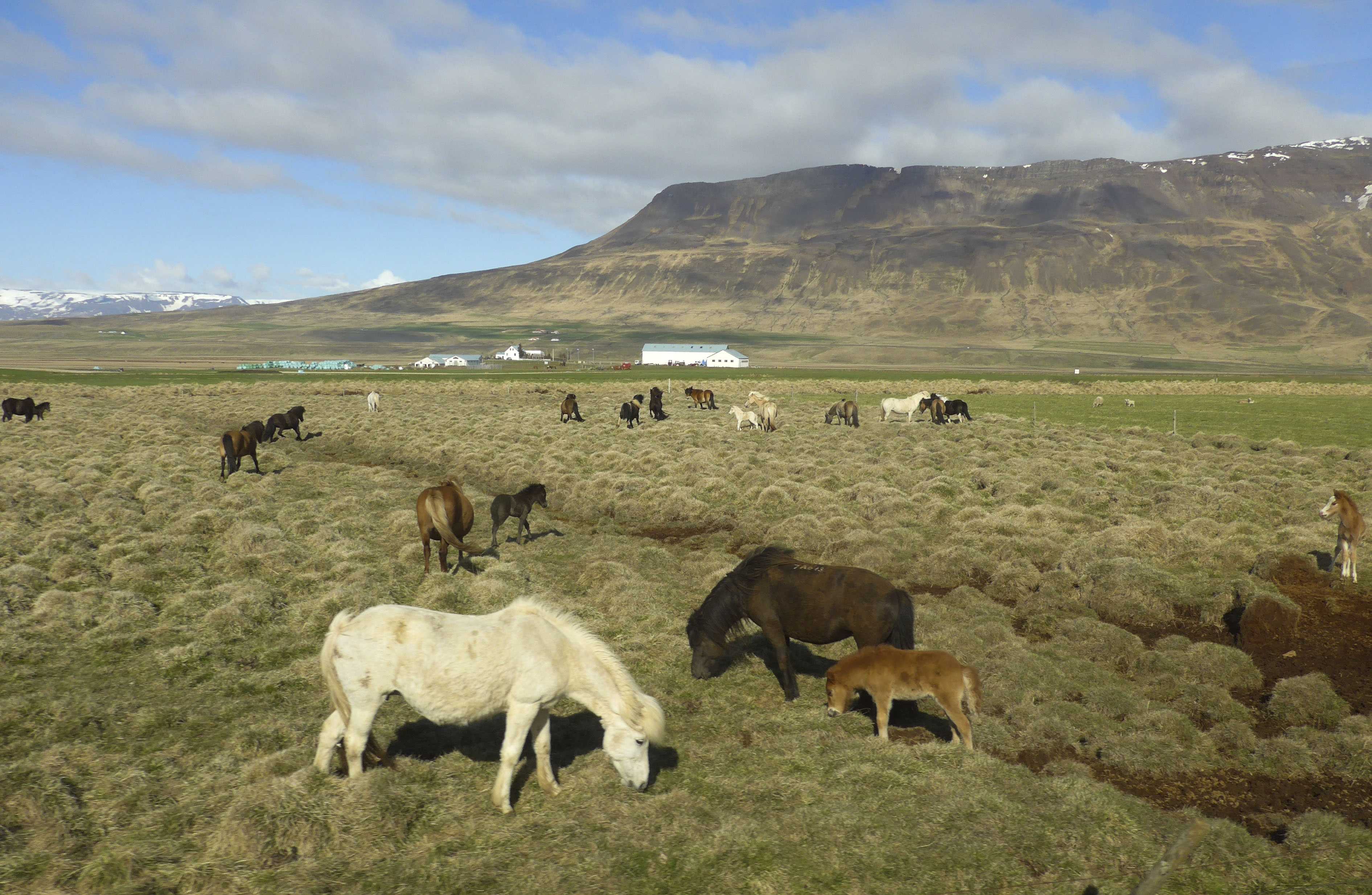 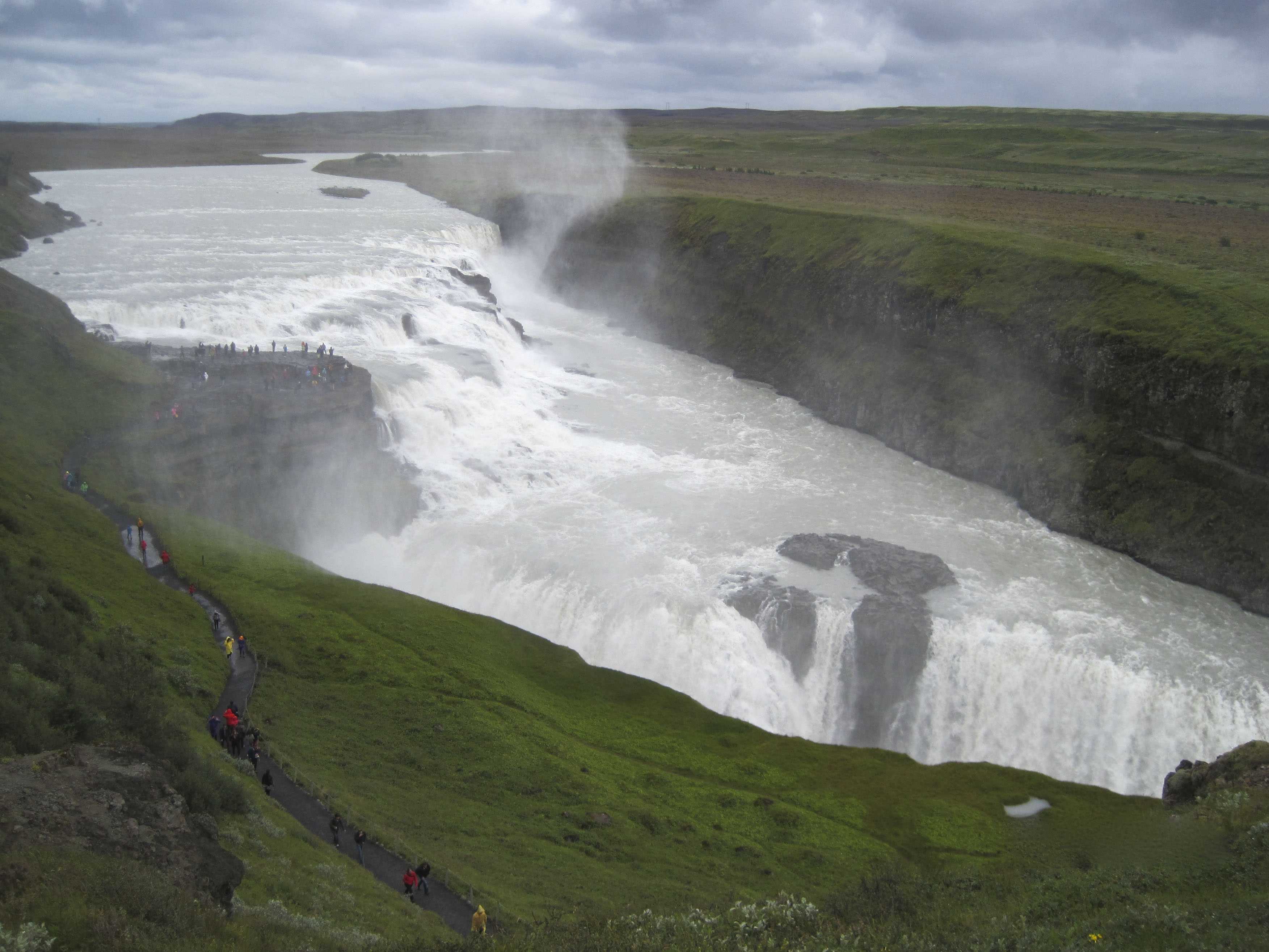 <
►
>
Built in 1858, Saurbaejarkirkja (“turf church”), south of Akureyri, Northern Iceland, one of six surviving turf churches in Iceland, is an example of traditional Icelandic turf construction, in which turf walls and roof are laid down over a stone foundation and timber frame. Courtesy of Michael Twomey.

From June 5 to 15, Michael Twomey, Dana Professor of English, and Steven Hartman, professor of English Literature at Mid Sweden University and Ithaca College alumus, taught environmental humanities in the Svartarkot Culture-Nature Program based in Kidagil, Bardardalur, Northern Iceland. The course, titled Understanding the Human Dimensions of Long-Term Environmental Change: Transformations of Iceland From the Viking Era through the Late Medieval Period (CE 850-1500), brought together 10 graduate and post-graduate students from the United Kingdom, Greenland, Portugal, Japan and the United States to study the environmental changes Iceland has gone through over the centuries.

Staff writer Kalia Kornegay spoke with Twomey about his time in Iceland, his teaching experiences there and how the world can learn from sustainable living practices in Iceland.

Michael Twomey: I had ideas about Iceland in my head, because when I was in graduate school, I was required to study Icelandic and to read some of the medieval literature. From that reading, I had an idea of a country that was relatively unpopulated, a little bit wild and barren, not too much plant life growing there and definitely volcanic activity and glaciers. I had a pretty good idea of what it was like. When I got there, it fulfilled my expectation and more because it’s a vast and relatively unpopulated island close to the Arctic Circle. The largest city is the capital city, which has half the population, so imagine a country with a total of 400,000 people with 200,000 living in the capital city. The other 200,000 live scattered across the island, mostly on small farms. The second largest city is only a little bit bigger than Ithaca. It’s really an interesting place if you like big, empty spaces and if you like ice. It’s just this beautiful arctic wilderness, and I was really enchanted by it.

KK: Could you tell me about your overall experience teaching in Iceland?

MT: This is different from any other kind of teaching because we’re there for a total of 14 days, but we spend 10 days just doing really intense classes. We all gather at a small conference center in this remote part of Northern Iceland called Kidagil where everybody lives there, we eat there and we have our classes there in the same building. At one point we even visited a hydroelectric station because the use of hydroelectric power is very contested in Iceland by environmentalists. We’re talking about a whole lot of stuff: archaeology, hydroelectric power, geothermal energy and then there’s also the literature and the history and the agriculture. It’s a really interdisciplinary project. We’re trying to get a snapshot of the whole country to see how we could learn from it in terms of our own environmental problems.

KK: What was it like to work with the international students?

MT: Being together with a group of people from different countries, you’d think that there’d be a lot of differences between people. But actually, there are a lot fewer differences than you would think. Another thing that brings us all together is that we all have common interests: interests in Iceland, interests in the environment, interests in Icelandic literature and so on. Actually, one of the things I really like about this is going there and being able to talk about things with people who know about them. I can refer to this Icelandic saga, and you’ve read it too! I find that really wonderful.

KK: Have you noticed anything that Iceland is doing that the world should be doing in terms of sustainability?

MT: One thing that I’ve learned from this project is that Icelanders are, have become, very good at managing their limited natural resources. This is a [sub-arctic] climate. It’s right next to the Arctic Circle, and so it takes a long time for nature to regenerate itself — animals as well as plants. If you threaten a plant population or an animal population, it’s going to take centuries for that population to recover. The environment in Iceland is already seriously threatened by volcanic activity. Periodically, there’s a major eruption that wipes out thousands of acres of farmland and kill[s] hundreds of people or more. This is a place where people are extremely conscious that they have to put back what they take away from the environment, and they’ve learned to do that. They’re very successful at it. They live much more sustainably than most other people in the world. Those modern technological practices as well as ancient agricultural practices, which come under the category of local traditional learning, are things we can learn from.