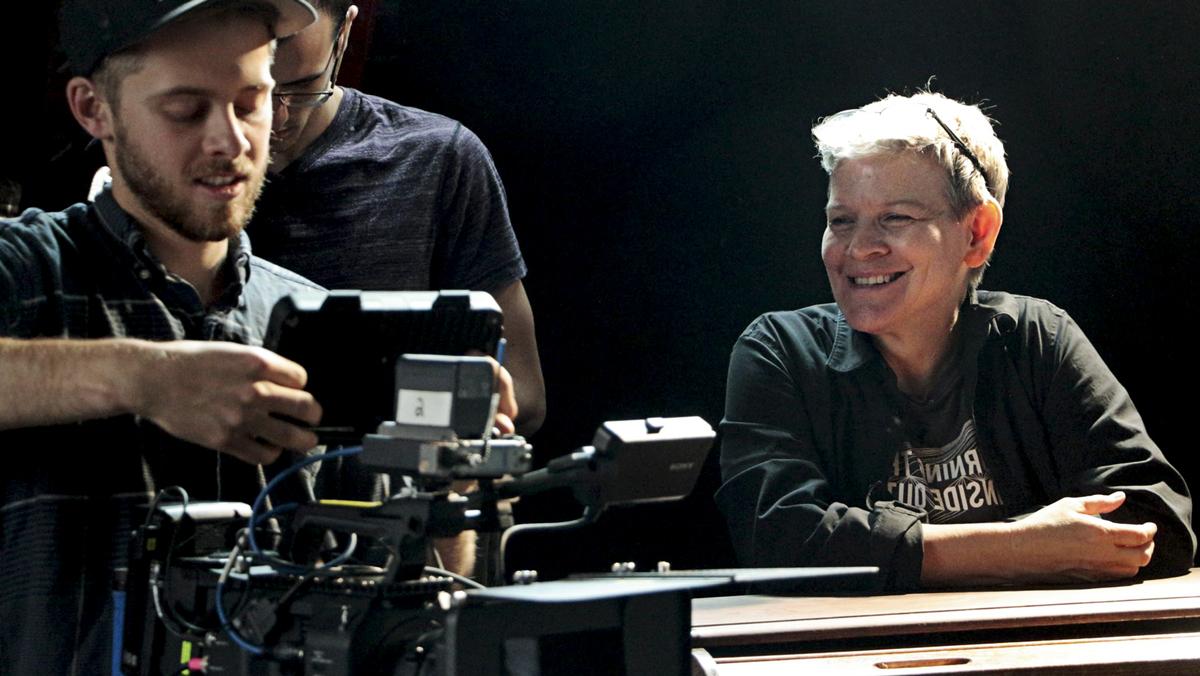 Cathy Crane, associate professor in the Department of Media Arts, Sciences and Studies at Ithaca College, started producing her first feature-length fiction film, “The Manhattan Front,” approximately three years ago. The film first premiered at the San Francisco Independent Film Festival in February 2018 and is now continuing on with its festival run as it is being screened at upcoming festivals across different states.

“The Manhattan Front” was shot in two locations — the college’s Dillingham Center and New York City. The plot revolves around the United States’ involvement in World War I as told through the perspective of a little girl.

The movie was originally developed during a practicum class at the college that Crane taught in 2014. Crane worked with students from her class to design and experiment with elements of the film, like shooting live-action footage with miniature sets in real time.

Staff writer Matilde Bechet spoke to Crane about what sparked her interest to write and direct the film, which festivals have screened her work and what messages she hopes the audience will gain from watching her piece.

Matilde Bechet: What is “The Manhattan Front” about?

Cathy Crane: The film is a story about World War I and how World War I was initiated in the United States during our period of neutrality for how we facilitated the perpetuation of that war through munitions.

MB: What inspired you to direct this historical film?

CC: The inspiration is personal. … I wanted to make a film about my maternal grandmother, who was adopted in New York in 1917 and was born in 1914 — as far as we know — and those are the three years of U.S. neutrality. Once I started to research into who could her mother have been, what was it like to live as a woman in New York City during that period, I just stumbled into World War I.

MB: What film festival did your film first premiere at?

CC: It premiered last year at the [San Francisco Independent Film Festival], and that’s where the bulk of the reviews came last February. It screened at the Buffalo International [Film Festival] this past fall. It’s showing next week at the Bare Bones International Film Festival, which is interested in people who make things for next to nothing, which I wasn’t exactly next to nothing, but it was pretty close in terms of what the film ended up being. They’ve chosen the film as their opening-night film for this festival this year, and they’re giving me an award called the Lois Weber Spirit Award.

MB: Where did you shoot “The Manhattan Front?”

CC: We ended up shooting here in New York and on the Dillingham stage in particular. I worked closely with my colleague in the [Roy H. Park School of Communications], Chrissy Guest, who made it possible for Ithaca College to be a certified production facility, which enabled me financially to apply for a New York state tax rebate, which, when making a feature, is fairly significant. It’s a percentage of the production budget that’s returned to you. So that happened literally a week before we shot Dillingham stage.

MB: What was the process like for making this film?

CC: I started to work with my colleague here in screenwriting, Julie Blumberg, and together we wrote a script that enabled me to utilize a lot of the research we had done … during that practical class and ended up continuing to work with a number of students from that class after they graduated. So Kayla Reopelle, who graduated in 2014, became the film’s producer. We went into production in June of 2006 — which is kind of intense, to think it was almost three years ago that we were actually shooting. The film is still having its life
in the festival circuit.

MB: What do you hope the audience will take away from “The Manhattan Front?” Is there a particular message you hope to get across?

CC: I just hope that the people will be interested to uncover another history that they may not have known about. … Everything that I make comes out of having reading something; usually, it’s historically rooted in the [National Archives in Washington, D.C.]. … I mean, it really is like material people have never seen before, from, like, 1915 the streets of New York City — it’s phenomenal. So I want people to maybe think more about World War I and more about the history of us.