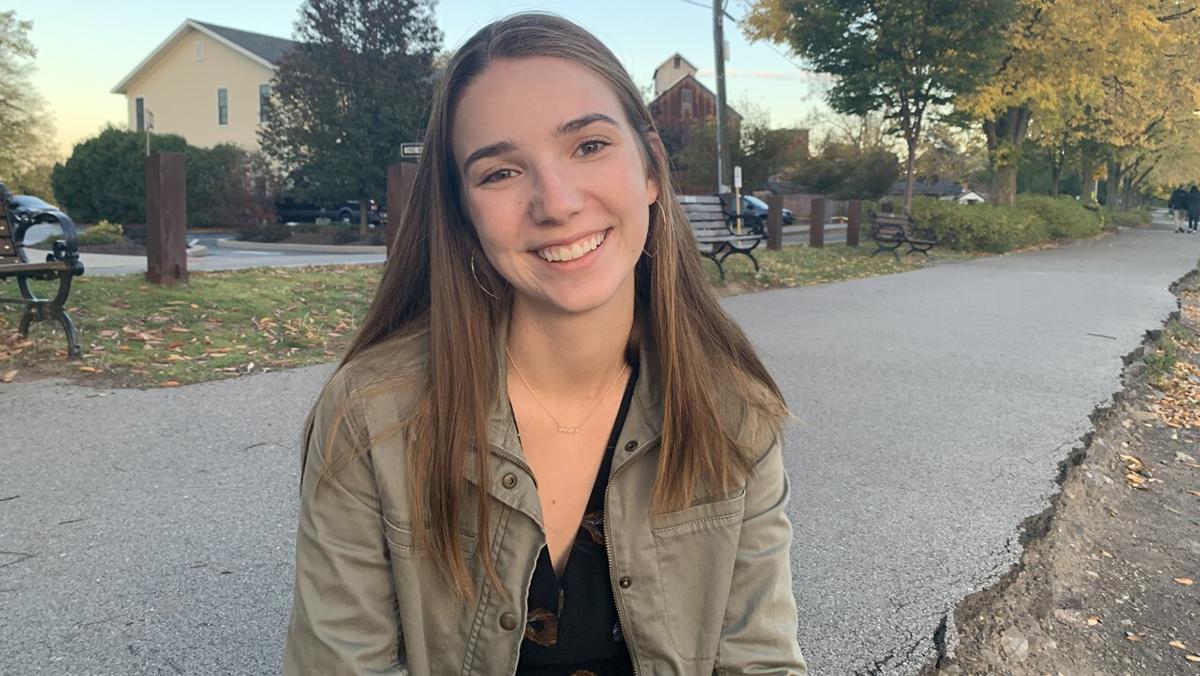 When Ithaca College sophomore Laney Sodoma picked up a FaceTime call, she did not expect to see David Dobrik telling her she won a Tesla. But one night after work, Sodoma watched in shock as the YouTube star congratulated her on being one of five winners of his recent giveaway, a collaboration between Dobrik and HeadCount, an organization that promotes voter registration.

Participants had to share Dobrik’s Instagram post of him posing in front of five white Teslas on their accounts, tag someone in the comments and check if they’re registered to vote through HeadCount.org. On the same day, Dobrik also announced the giveaway on his TikTok account by posting a video in response to one of his fan‘s TikTok videos asking Dobrik to create a giveaway with these guidelines. As a recipient of former President Barack Obama’s Deferred Action for Childhood Arrivals program, Dobrik cannot vote in the United States. He said in an interview with Forbes that he wanted to encourage his followers to vote on his behalf. Approximately 120,000 people registered to vote as a result of his giveaway, the largest voting drive in HeadCounty’s 16-year history, according to Forbes.

Sodoma hails from Rochester, New York, where she said she plans to vote in person this year. Life & Culture Editor Arleigh Rodgers spoke to Sodoma about what it felt like to win the giveaway, what issues are important to her this election and the first place she will drive the Tesla when she gets it.

Arleigh Rodgers: How did you first hear about the giveaway?

Laney Sodoma: As an integrated marketing communications student, I’m in an advertising class, and every single Friday we share current ads and just cool ones that we found, and, basically, I was just scrolling on the internet, and … there was a news article that said David Dobrik got about 100,000 people to sign up to vote in one day, and I thought, ‘This is really cool.’ I love that he did something with his big fan base and that people are actually going to do something about this because we need people to vote. … So I was not expecting anything in any way. … I am a fan of his videos. I’ve watched them for a while. … I haven’t been in touch with him on social media or anything, but then he just calls me.

AR: So he gave you a call, and that’s how you found out?

LS: I was actually at work. I was working from 3 p.m. to 9:30 p.m., and I was so tired, so excited to eat. I hadn’t eaten since 2 p.m. that day, and I’m just thinking about a pulled pork sandwich. That was the only thing on my mind, and so I’m just standing there, waiting for my boss to lock up one of the doors while we’re all just done cleaning up for the night, and I get a random FaceTime call. … It hung up after two rings, and I got a text message that said ‘Hi. This is so-and-so from HeadCount,’ and after a minute goes by, I realized ‘Oh, David Dobrik was established with HeadCount for the voting [giveaway], but I never really put two and two together. … So I pick up the phone, and, obviously, I was expecting David Dobrik in my imagination, but when he actually was like ‘Hi, Laney! You won the Tesla!’ … I still think I’m insane because it doesn’t seem real. It just seems like a crazy thing that I made up.

AR: How did it feel when you won?

LS: It felt very overwhelming. I didn’t eat for about a day and a half. Like I said, I was so excited to eat this pulled pork sandwich, and the second he called me, everything I knew was just not there. … I couldn’t focus in my classes, and it took me until five o’clock the next day to eat a slice of pizza. My mom was like, ‘We need to celebrate!’ … Every time I talked about it, I was shaking and so excited but overwhelmed at the same time by how much support I was getting from people and the excitement from my friends and family from afar.

AR: You mentioned you were familiar with his videos. What about them stands out most to you?

LS: He just makes them so fun, and a lot of times they’re just as heartfelt as well, and my friends and I have connected with that. I actually had a foreign exchange student friend when I was in high school, and that was one of the main things we connected over, was David Dobrik’s videos and some of the music he would play in [them], and so it was really funny and great to tell her because she was so excited.

AR: Where’s the first place you’re driving once you get the Tesla?

LS: I’m going to go home, and my friends are all going to be hunting me down. … Maybe I’ll go get ice cream. When I got my first car, the first thing I did was I went with my friend to go get ice cream, [and] then we named my car that night.

AR: Have you been involved politically before, voting or otherwise, in your state?

LS: Not really. I am 19 years old, and I haven’t been able to vote in any election. … I guess I just didn’t really think about it as much, … but I think this is just such a great experience, and I definitely want people to get out of this that it is important to vote, and before winning [the giveaway], I was very conflicted on what side to take because there’s a lot of stuff going on. And so this just reassured me that I need to vote, and I need to know who is going to be in charge and research those people because it’s very important. It’s going to determine a lot, and that just really reassured me and told me that this is a blessing in disguise.

AR: Which issue this election is the most important to you?

LS: I feel like climate change is a big issue and women’s rights. … There’s just so many sad injustices in the world, and … I just hope that we’re able to make the world a better place in some way instead of harming it even more.