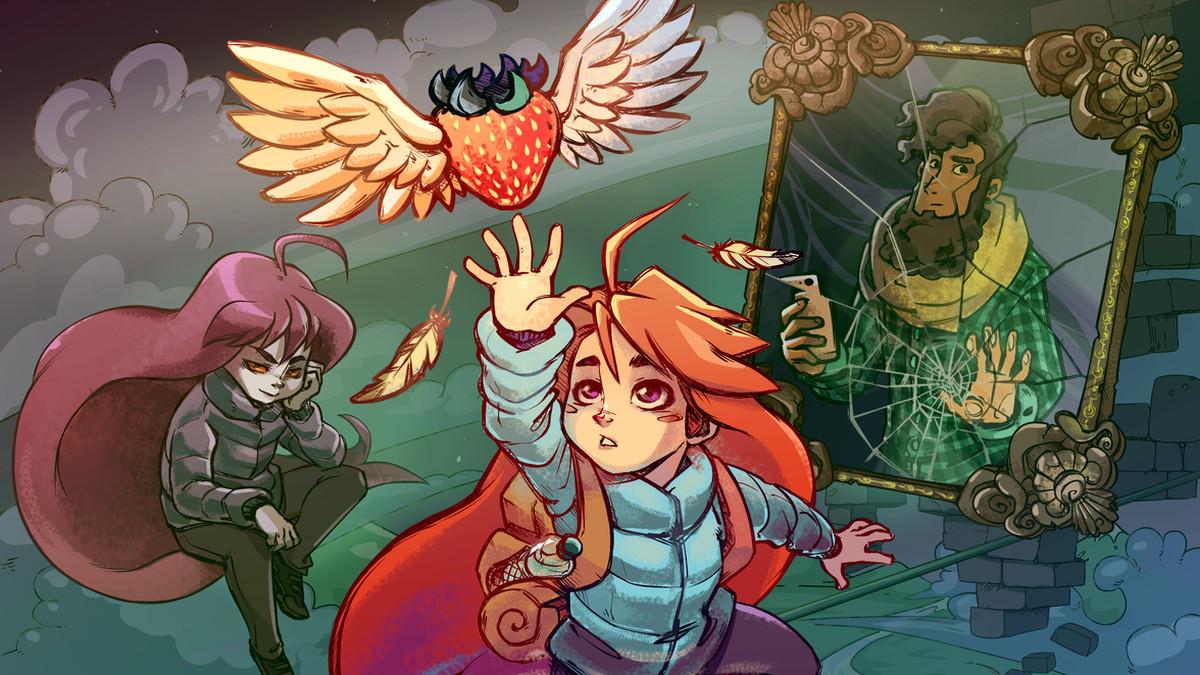 Matt Makes Games
"Celeste" is a platform video game published by Matt Makes Games. You play as Madeline, a girl who leaves her life behind to climb the magical Celeste Mountain.
By Jake Leary — Staff Writer
Published: February 27, 2018

Great, now do it again.

“Celeste” is the follow-up to “TowerFall,” an action platformer from Matt Makes Games. “Celeste” borrows several characteristics from its predecessor; fluid motion, frequent deaths and frenetic action are key weapons in the game’s arsenal. But there is a major difference — tone. “TowerFall” was about competition and beating your adversary, but “Celeste” is less combative and more collaborative. The only enemy you have to face is yourself.

You play as Madeline, a girl who left her life behind to climb the foreboding and mysterious Celeste Mountain. Along the way, she meets other travelers and mountain dwellers, including Theo, a jovial social media enthusiast, and Oshiro, a ghostly hotel manager. But the mountain’s magical influence also releases a dark version of Madeline into the world: a Madeline who is bitter and afraid.

Two-dimensional platformers rarely have stories and almost never have moving, well-crafted ones. Even recent pinnacles of the genre — “Shovel Knight” and “Sonic Mania” — are masters of gameplay, but not plot. But “Celeste” bucks this trend and tells a powerful, if somewhat obvious, story about anxiety. Madeline is not only trying to overcome the obstacles on the mountain, but she is also trying to beat the personal fears and frustrations that led her to escape the “real world” in the first place. A panicked scene in a broken gondola captures the perplexing, paralyzing way anxiety operates: Madeline’s fear doesn’t save her, it harms her. Only Theo, a constant beacon of hope and humor, helps her regain her strength.

The final message may seem trite — there are myriad stories about the power of friendship. But, the game’s story is told with such heart, hope and honesty that Madeline’s final scene, surrounded by friends and former foes, doesn’t feel cliche. It feels right.

But gameplay is where “Celeste” truly sparkles. Players jump, climb and dash around a series of challenge rooms in order to reach the next room and eventually next stage. Each zone has its own theme, which differs from the standard video game fare. Instead of recycling rote ideas and sending players through an ice level or a lava level, “Celeste” boasts a haunted hotel and a mysterious mirror temple. The settings introduce new mechanics slowly, allowing you to test each gameplay element before forcing you to use the mechanic in a high–stakes situation. By the end of a level, you’ll be bouncing, dashing and jumping through a complex maze of spikes and springs like a 2–D rendered acrobat.

The challenges are blissfully bite–sized, enabling you to learn a pattern, execute it and move on without dwelling too long in any one place. Even when a room requires an extensive amount of trial and error, the game is never punishing. Every room has a solution; you just need to stay calm and uncover it. “Celeste” promotes a Zen mindset. It encourages an acceptance of failure and an understanding that each death is a lesson. In that sense, there is a powerful synergy between gameplay and story — Madeline must learn from failure, just as the player must learn from death.

But for those players who find “Celeste” frustrating or impenetrable, the game offers a host of accessibility options that allow players to increase stamina and number of dashes or to slow down time. It’s a wonderful concession that demonstrates an inclusiveness that more games could benefit from. In a series of pop-up messages, the developers make it clear that they believe the non-modified experience is best, but they don’t shame players who want a leg up. Imagine if last year’s “Cuphead” — the punishing platformer styled after a 1930’s cartoon — helped less–skilled players enjoy the game instead of barring all those who couldn’t pass muster.

“Celeste” is a stellar, stylish and soothing game that succeeds in telling a pertinent story without succumbing to unearned truisms and cliches. The rich game world offers a balanced challenge for both the novice and the master. And Matt Makes Games imparts a philosophy on the player without feeling preachy or patronizing.

“Celeste” is a game worth playing, a mountain worth climbing and a challenge worth embracing.