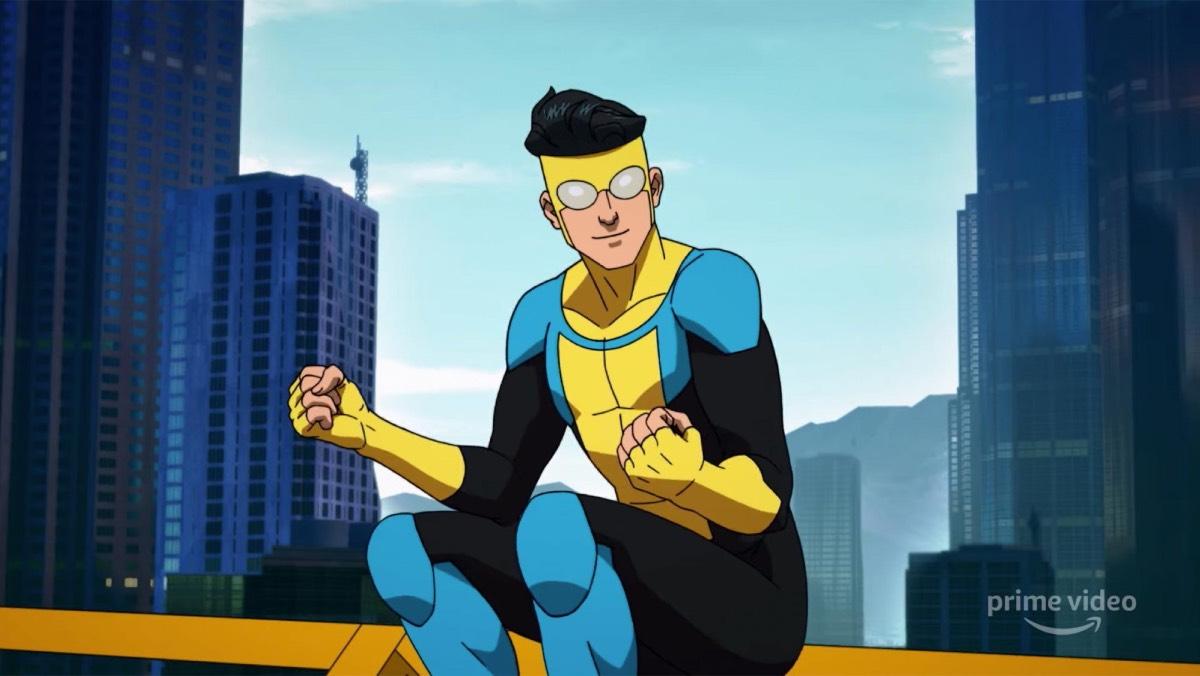 Courtesy of Amazon Prime
“Invincible” is a must-watch. It may take place on earth, but it has a beautifully constructed world beyond its stratosphere.
By Frankie Walls — Community Outreach Manager
Published: May 4, 2021

“Invincible” follows half Asian half white 17-year-old Mark Grayson (Steven Yeun) as he goes through his junior year of high school. His life is as simple as can be — except for the small fact that his dad is Omni-man (J.K. Simmons), the most powerful hero on the planet. Think Superman, but with virtually no weaknesses.

Mark finally gains his inherited powers and begins to take on the mantle of a superhero. Learning how to fly and rescue people is no easy feat — especially when there’s a math test in the morning. Mark’s chosen hero name is Invincible, something he is very obviously not. Each episode plays with the idea of mortality by showing very graphic kills and death scenes.

The stakes are raised every episode, as Mark experiences closer and closer brushes with death, leaving the viewer with a heightened level of disbelief and suspense. “Invincible” lets the viewer know how much pressure Mark is under by creatively changing the title card art. As each episode progresses, the title card becomes more covered in blood and gore than the last, showing viewers that this show has no fear of being dark.

“Invincible” is based on a comic by the same name, and while the Prime original seems to be — for the most part — faithful to the original text, it does make changes in certain places.

There are a lot of characters who have been updated and slightly altered for the show to be more inclusive. “Invincible” discusses more serious and relevant topics like race, gender, classism and environmentalism, intricately intertwining them with the suspense of the scenes.

The music adds to each scene, emphasizing the contrast between Mark’s life as a superhero and a normal teenager. During a chase scene with villain duo the Mauler Twins (Kevin Micheal Richardson), the Prime show utilizes “Chase Me” by Danger Mouse feat. The Jewels & Big Boi to hype up the scene and add suspense. Then does a complete tonal shift when Mark goes on his first date with Amber (Zazie Beetz) by playing “Paradise” by Bazzi to show how uplifted he feels in the moment.

This is a show that’s hard to stop after starting. The eight-episode weekly rollout did well in generating buzz and hype for each episode. The series garnered so much attention and praise that Kirman and Yeun took to social media to announce “Invincible” has been renewed for both a second and third season.

“Invincible” is a must–watch. It may take place on earth, but it has a beautifully constructed world beyond its stratosphere. The lure of the plot and depth of the characters pull the viewer in and keep them hooked.