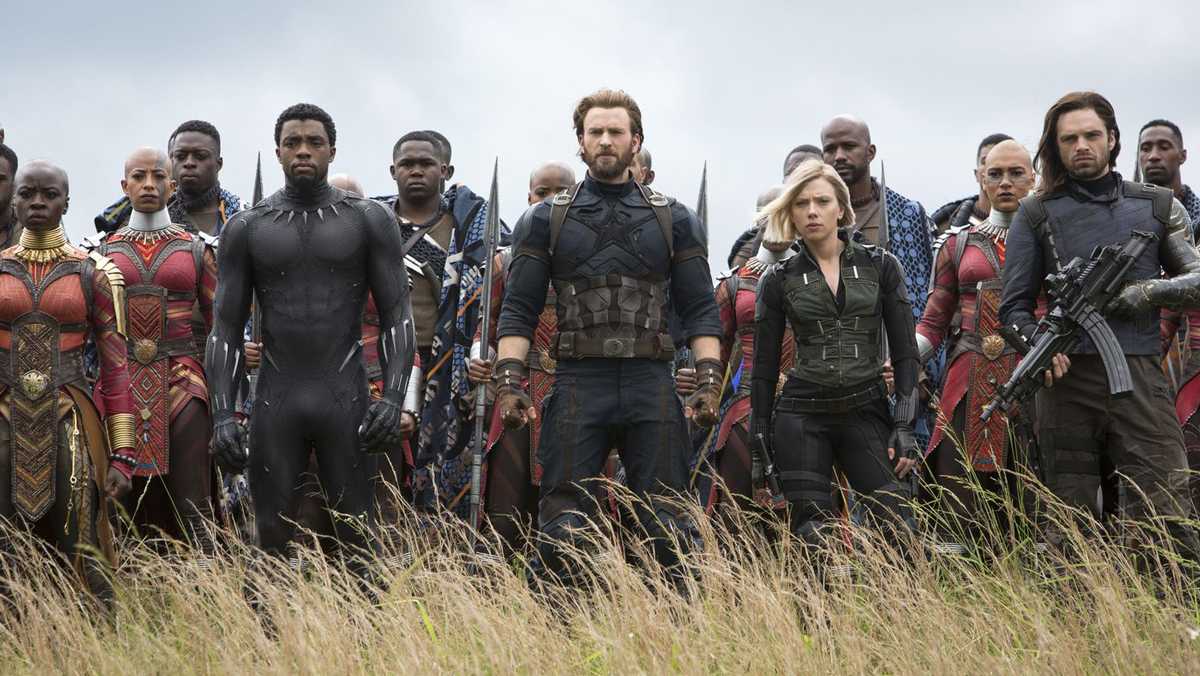 Marvel Studios
"Avengers: Infinity War" is the culmination of the comic-inspired mega franchise that began with "Iron Man" in 2008. Though the movie is one half of a larger whole, it leads into the final film in Marvel's first major cinematic arc.
By Liam Conway — Staff Writer
Published: May 1, 2018

“Avengers: Infinity War,” the culmination of the largest movie franchise in history, is finally here.

For years, Thanos (Josh Brolin) has been looking for the six most powerful objects in the universe — the Infinity Stones. The stones will allow Thanos to inflict his will upon the universe. Heroes from every corner of the galaxy band together in order to prevent Thanos from enacting his genocidal plan.

“Infinity War” is by far the most extravagant film in the Marvel Cinematic Universe. Directors Joe and Anthony Russo juggle an inordinate number of characters while still giving each of them a moment to shine. The way the Russos manage to accomplish such a difficult task is by making each character a part of a miniature team within the Avengers. The strongest examples of these teams are Thor (Chris Hemsworth) with Rocket (Bradley Cooper) and Groot (Vin Diesel), Spider-Man (Tom Holland) with Tony Stark (Robert Downey Jr.) and Doctor Strange (Benedict Cumberbatch), and Scarlet Witch (Elizabeth Olsen) with Vision (Paul Bettany). Each team dynamic is distinct and its individual goals are clear and compelling, but certain characters are more engaging than others.

Benedict Cumberbatch’s portrayal of Strange is as mysterious as it is charming. However, what makes him stand out is the way he uses the mystic arts to fight in creative ways that get more stunning every time he’s on screen. Strange also plays a pivotal role in the climax of the film. His apparent wisdom and knowledge make him a formidable, fascinating character.

The second hero who finally is given her time to shine is Scarlet Witch. Olsen’s portrayal of the character has been plagued by her poor ability to do an Eastern European accent in previous films. Thankfully, she has been directed to get rid of the accent. The exclusion of her accent makes her dialogue more believable. Scarlet Witch is also given moments of real power when she proves to the other characters and the audience that she is not to be messed with.

The hero who shines through more than any other, however, is Thor. Among his appearances in this film and “Thor: Ragnarok,” the god of thunder is a completely changed man. Thor is no longer the bumbling buffoon that he was in “Thor,” instead, he’s the competent, comedic character audiences saw in “Ragnarok.” What makes Thor stand out are the moments when he has to come to terms with the unfathomable amount of loss he has gone through. Thor experiences tragedy at a greater magnitude than anyone else in the MCU, and when he has to come to terms with those losses during a conversation with Rocket, the result is moving.

The heroes are what people go to the movies to see, and “Infinity War” is no exception as it showcases its heroes with unrivaled grace. Despite this, it’s impossible to talk about the film without talking about its main character, Thanos. Yes, Thanos is the villain of this film, but who says the villain can’t be the main character? Never has a character been so threatening to a group of superheroes like this, especially in the MCU — not to mention the breathtaking CGI that was used to bring Thanos to life. From close-ups to long shots, Thanos looks completely lifelike any time he is on screen.

Thanos’ motivation is just as compelling as his design. Through his conversations with Tony and Strange, it becomes clear that he is a sympathetic character who treats honor and respect as seriously as the heroes. From the prologue, Thanos means business, and he never slows down.

“Infinity War” is the perfect part one of what is likely to be the grandest and most expansive two-part epic to ever grace the silver screen. With actors and directors who are at the top of their game, a musical score that has never been more lively and an ending that hits harder than the Hulk, “Infinity War” is Marvel at its best.