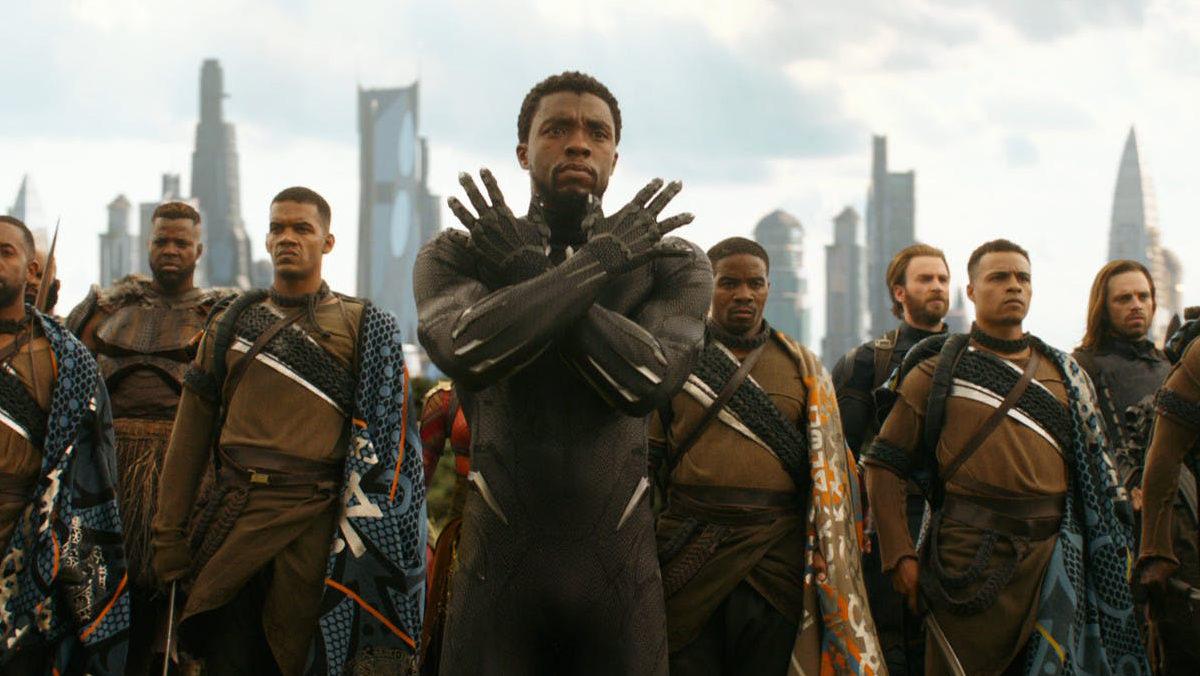 “Black Panther” was released last week, and Hollywood will never be the same. After years of studios refusing to fund big-budget movies led by black actors, writers or directors, Marvel has funded “Black Panther” — the first, and possibly biggest, critical and commercial success of the year.

This triumph for inclusion in movies didn’t occur in a vacuum. Recent films like “Straight Outta Compton” and “Get Out” have blazed the trail by being critical darlings and commercial hits that addressed race relations directly. “Black Panther” feels like the climax of this groundswell, paving the way for far more people of color in cinema. It’s a superhero film that was made almost entirely by black creators, leans heavily into the aesthetic of Afrofuturism and is likely to leave a far more inclusive Hollywood in its wake.

“Black Panther” is not only the most important superhero movie since “The Avengers” — it’s also the best–executed Marvel movie yet. It runs at a breakneck pace but still manages to develop a detailed, one-of-a-kind setting populated with fully realized characters and a rich mythology. “Black Panther” also distinguishes itself by leaning directly into the socio-political implications of the film’s main setting: Wakanda. Wakanda is a hyperadvanced and wealthy African nation full of vibranium, the most valuable metal in the world. It’s chosen to remain hidden from the world despite the persecution of neighboring countries. The new king of Wakanda, T’Challa (Chadwick Boseman), is forced to reconcile the negative effects that Wakanda’s isolationism has had on the world and must decide how to move forward.

The cast of characters is top-notch. T’Challa is one of Marvel’s most interesting heroes because he’s a king first and a hero second. The weight of his kingship looms large over the film, which differentiates T’Challa from his peers on the Avengers team. Shuri (Letitia Wright) is undeniably charming as T’Challa’s supergenius sister, and Okoye (Danai Gurira) is awe-inspiring as the deadly leader of the Dora Milaje, T’Challa’s personal defense force. Ulysses Klaue (Andy Serkis), the only man to ever steal vibranium from Wakanda, is a delight to watch, as Serkis chews the scenery with glee. However, the clear standout is Erik Killmonger (Michael B. Jordan), who’s easily the best villain in the history of the Marvel Cinematic Universe. Killmonger is charming, horrifying and tragic. Jordan does an incredible job making the audience empathize with Killmonger, which makes his arc all the more heartbreaking to watch.

Like any great villain, Killmonger has thematic resonance. The film’s themes of colonialism and the repercussions of globalism are woven deeply into Killmonger’s character. His goal to liberate black people around the world with Wakandan technology is laudable and fits in perfectly with his tragic backstory as a victim of his socio-economic background. The only thing that makes him a villain is his violent methods.

Contrasting with the more serious political themes are genuine moments of comic relief. With the notable exceptions of an outdated meme and an extended Soundcloud reference, the humor works across the board. Unlike some of the more recent Marvel films, the jokes don’t undercut the more dramatic moments of the story, nor do they feel like forced quips. All the humor is genuinely funny, well-spaced and naturally flowing from the relationships between characters.

Furthering the enjoyment of the film is its immaculate aesthetic style. Wakanda is a fully fleshed–out world unlike anything audiences have seen before. Afrofuturism, a combination of African culture, magical realism and science fiction, has steadily grown in popularity. The style has become especially relevant in the realm of music, where it was spearheaded by Parliament-Funkadelic in the 1970s and more recently by Janelle Monae. “Black Panther” marks the introduction of Afrofuturism to big-budget filmmaking and consequently the general public, and it is the perfect ambassador. Wakanda is a fascinating land full of African symbology, music and fashion mixed with sci-fi technology and magic.

The only problem with the visuals, and ultimately the film as a whole, is the inconsistent effects. Too often, scenes are clearly shot on a green screen, or character motions look rubbery. That doesn’t stop a chase scene in South Korea from being riveting or the final two action sequences from being exciting and emotionally compelling. The action scenes also feature some truly inventive visuals, like Okoye throwing a vibranium spear while leaning out a car window, that redeem the occasional shoddiness. However, these poor effects may be too distracting for some to ignore.

“Black Panther” is a breath of fresh air in a franchise of films that have long felt too similar to one another. It further affirms that one of Marvel’s greatest strengths is taking chances on properties that seem risky to Hollywood executives. This film has opened the franchise to more diverse portrayals of heroes, and this movement towards representation will only grow and spread to other genres. These films are smash hits — not only because they’re quality movies, but precisely because they provide experiences that no one else was willing to offer in the first place.