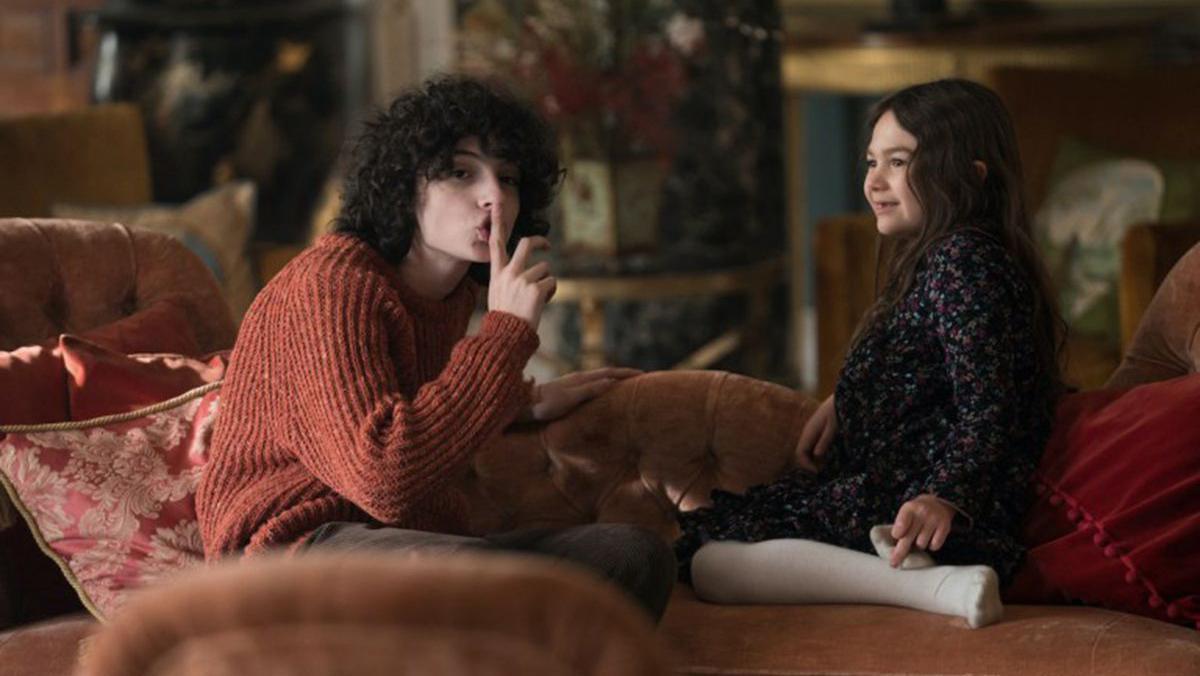 Courtesy of Amblin Entertainment
"The Turning" is an unexceptional horror film with an unresolved narrative. The only redeemable aspects are the performances from the film's lead actors who thrive despite the movie's poor premise.
By Sarah Diggins
Published: February 5, 2020

The horror film “The Turning” begins with a physical struggle as the intriguing prologue features a young governess desperately fleeing a foreboding mansion in the middle of the night. As the film continues, each bit of information that is revealed adds to this intrigue before leading to a completely unsatisfying ending.

“The Turning” is based on Henry James’ horror novella “The Turn of The Screw,” published in 1898. In this adaptation, the story underwent several changes involving characterization, plot details and modernization with a 1994 backdrop.

The updated story follows Kate (Mackenzie Davis), a young teacher who leaves her job to become a governess for a peculiar 7-year-old girl named Flora (Brooklynn Prince). Flora has recently been sheltered away from the rest of society after she witnessed the deaths of her parents in a car accident on the sprawling property of the estate. Even though Flora is clearly disturbed, Kate’s trouble only really begins when Flora’s teen brother Miles (Finn Wolfhard) returns to the estate after he is expelled from his boarding school because he attempted to strangle a classmate. In addition to unexplained paranormal experiences throughout the house, Kate struggles to deal with Miles’ extreme attitude problems and his unhealthy infatuation with the late Peter Quint, who served as the children’s horseback riding instructor.

The performances from the central actors are one of the movie’s strongest points. Prince tackles her role perfectly, putting a unique spin on the obligatory “creepy child in a horror movie” trope. A mix of comedic timing and unsettling eeriness makes Flora hard to trust and even harder to categorize as good or bad. Davis’s terrified reactions are nothing more than standard for the horror genre, but her performance proved to be convincing enough for the audience to relate to her and root for her success. Wolfhard also has a grasp on his character, acting out Miles’ numerous angry outbursts effectively.

There’s an excellent creepy tone found in the shots of the mansion’s labyrinth of creaky hallways and endless fog surrounding the estate. The aesthetic is not the only element that adds to the eerie tension of the film. A soundtrack that jumps from standard horror background music to modern indie rock also helps to add to the feeling of overwhelming dread. However, this buildup of emotion leads nowhere, as the horrifying moments of tension add up to nothing more than a few sleepless nights in which Kate investigates what is going on behind the darkness.

The film has severe issues as it attempts to find its footing, making it hard to pinpoint what this film is actually even about. Audiences will leave “The Turning” with more questions than it entered with, including about who the “bad guy” actually is. Rather than setting up an established plot, the film piles on information that just adds to the confusion. There are several scenes that seem like they may be meaningful, like a scene in which the audience sees a newscast announcing Kurt Cobain’s death or a few conversations between Kate and a needy, one-dimensional former roommate. Toward the end of the film, it seems as though some of this information is leading up to a fantastic twist, but this twist never comes. In fact, the ending is nonsensical and causes the rest of “The Turning” to feel like a massive waste of time.

At only approximately 90 minutes long and with mostly strong performances and a great tone, “The Turning” had excellent potential. But thanks to a severe lack of focus and a nonexistent ending, the film seems as though it had footage missing from the final draft.